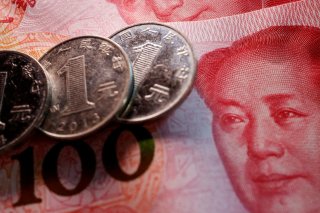 Until recently, the best way to measure the destructiveness of economic warfare was by analogy.

During the “first era of globalization,” Great Britain dreamed of waging financial war against rival Germany, but the devised sanctions proved too destructive to work. Fear of blowback and protest from entrenched economic interests made all but the feeblest economic measures impractical.

Now, a real-time reckoning in the markets of Moscow and St. Petersburg provides the opportunity to assess the impact of financial weapons in action.

On the positive side of the ledger, Russia sanctions—a combination of financial restrictions, capital controls, and export controls—have demonstrated the formidable capabilities of U.S. economic warfare.

Full blocking sanctions—especially those targeting central bank foreign reserve holdings in U.S. dollars—have had the most immediate impact of all economic weapons deployed so far. European sanctions on euro-denominated assets have multiplied that power. Additional sanctions have targeted the sovereign wealth fund and restricted access to SWIFT, the interbank check-clearing system. Export controls, especially the use of the Trump-era Foreign Direct Product Rule, will restrict technology flow to advanced industry.

The sanctions have frozen dollar and euro savings, immobilized hundreds of billions of dollars of foreign exchange reserves, and cut off access to global financial markets. The Russian ruble has tumbled and interest rates have soared. Russia has been forced to stem outflows with crushing capital controls.

Moreover, the blowback on Western countries has so far been limited, largely because the West has steadily been reducing investment in Russia over the past eight years. After Russia’s invasion of Crimea in 2014, Western banks offloaded risk with European banks cutting their exposure by half.

However, the crisis has revealed the weakness of sanctions too, especially in the energy sector. Russia accounts for less than 2 percent of the world’s GDP, but its oil industry, the source of 60 percent of European oil (3 million barrels a day), is indispensable.

Europe’s energy dependence has weakened existing sanctions. For example, Russian banks that facilitate energy transactions like Sberbank PJSC, the nation’s largest bank, and Gazprombank, a bank vital to the sector, have dodged the harshest financial sanctions so far.

Europe finds itself paying for Russian oil and gas to the tune of $700 million per day even as the United States takes steps to halt Russian energy imports. These payments in euros refresh Russia’s foreign exchange reserve, fund its budget, and finance its military operations. As oil prices rise on the back of the crisis, Russian revenues will continue to accrue.

Dependence also makes energy sanctions, naturally the most enticing target, a painful proposition for European leaders. European oil prices are more than five times higher than last year. Germany’s economic minister recently refused to support an embargo on Russian oil. “I would even speak out against it, because we would threaten the social peace in the republic,” he added. Meanwhile, failure to impose energy sanctions increases the appeal of kinetic options as another avenue for escalation. Military options that have gained traction in recent days, such as a “limited” no-fly zone and a “lend lease” program, both risk instigating a wider war.

In sum, only in its energy sector does Russia look like China, the world’s largest exporter. And, tellingly, it is in this sector where collective Western sanctions are faltering. Additionally, the weakness of sanctions as a financial weapon would be magnified in any conflict with China.

China is eyeing the Russia sanctions as a demonstration of American capabilities to conduct financial warfare. And, given the United States’ tendency to “fight the last war” by adapting the methods most salient to warfighters’ memories, American policymakers may have tipped the current economic playbook for Taiwan’s defense. Indeed, last week, Republican senators introduced a bill that would “sever all financial transactions between the U.S. and China if China engages in an armed aggression against Taiwan.”

However, unless the United States preemptively works to reduce dependencies, China does not have much to fear. The self-defeating nature of some Russia sanctions, plus the decision not to sanction certain sectors at all, portends the failure of financial weapons in a U.S.-China war.

The United States and China’s wholesale connectivity—for example, in industries such as agriculture, textiles, microelectronics, basic manufacturing, pharmaceuticals, and finance--means that many sectors look like Russia’s energy sector. Unlike in Russia, where the minimal exposure of Western banks amplifies the power of the sanctions, European and U.S. banks’ exposure to China amounts to 18 percent of claims on emerging markets globally. American banks alone have more than $110 billion in exposure to China.

In other words, existing plans for financial war with China expect a president to exact economic devastation too self-defeating to be considered successful. So far, the sanctions on Russia have demonstrated that deep economic ties with a rival state will make financial weapons less potent, costly, and, potentially, alternative measures like military action more compelling.

The best way to deter a Chinese move on Taiwan is not more sanctions but less interdependence. To signal credibility, American policymakers must roll back connectivity in strategic sectors and thereby reduce the explosiveness of financial weapons. Scaling back facets of the U.S.-China economic relationship can restore the feasibility of punishing sanctions. Only with economic interdependence shrunk down to size can a president then reap the deterrent effects of the financial weapon.