Russia, Trump and Manafort: A Test of the News 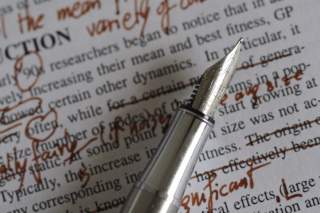 In 1920 Walter Lippmann and Charles Merz wrote a forty-two-page supplement for the New Republic magazine called, “A Test of the News.” They scrutinized Western media coverage of the Bolshevik revolution and aftermath. They noted that various newspapers had concluded over ninety times that the Bolshevik regime was going to collapse. Their conclusion was damning: "The news about Russia is a case of seeing not what was, but what men wished to see. The chief censor and the chief propagandist were hope and fear in the minds of reporters and editors."

It’s a verdict that is worth recalling as overheated coverage of American and Russia is proliferating. Consider a recent article on the CNN web site, which was entitled “Russia continues to shadow Trump.” In it, the CNN correspondent Nicole Gaouette pointed to criticism of Donald Trump’s statements about Russia. There can be no doubting that Trump has created a furor with his comments about possibly lifting sanctions imposed over Russia’s takeover of Crimea and his favorable comments about Russian president Vladimir Putin. Gaouette quoted a number of critics, including former deputy assistant secretary of defense Evelyn Farkas and American Foreign Policy Council senior fellow Stephen Blank.

What Gaouette did not do was to cite any experts who might take a somewhat different view of whether or not America should seek to improve its relations with Moscow. Prominent experts that might have offered a different perspective include everyone from former ambassador to Moscow Jack Matlock to Harvard University’s Graham Allison. Nor did Gaouette provide a broader political context, which is that the Obama administration is reaching out to Moscow, in the form of Secretary of State John Kerry’s efforts to work jointly with Russia in Syria.

Something similar occurred on Fareed Zakaria’s GPS this past weekend. In June Zakaria moderated a panel with Russian president Vladimir Putin at the St. Petersburg International Economic Forum—an event that the U.S. government specifically discouraged American companies from attending. At the event, Zakaria, normally an acerbic Putin critic, was quite deferential. His questions were studiously neutral, conciliatory even: “since neither side seems to back down, will the sanctions just continue, will this low-grade cold war just continue? What is the way out?” Or: “President Putin, I was wondering if you may have some closing thoughts that you could give us and then we will wrap up the session.”

A rather different, frostier tone prevailed on his show. Now Zakaria treated his viewers to a kind of symposium on Russia that featured Anne Applebaum, Max Boot, David Sanger, and Masha Gessen. All are well-known journalists. But there really wasn’t all that much dissonance in their views, apart from Gessen suggesting that Trump isn’t quite a puppet of Putin’s and that the true tale is a little more complicated. But there was no one on the program like, say, Robert Legvold of Columbia University, who takes a more sober and detached view of Russia than the featured panelists. Zakaria’s program would have benefitted both in terms of substance and from a real debate.

But perhaps the most conspicuous example of spinning the facts came in a recent piece in the New York Times, Steven Lee Myers and Andrew E. Kramer probe Paul Manafort’s associations with the seamier side of Russian and Ukrainian politics, while failing to take into account Manafort’s numerous attempts to draw Yanukovych and Ukraine away from Russian influence. The authors even mention these attempts, but disregard them, perhaps because they do not lend any excitement to the Russian-sympathizer narrative. Instead, Myers and Kramer seem to apply to Manafort the misdeeds and misguided associations of Yanukovych himself. “Mr. Manafort’s influence in the country [Ukraine] was significant, and this political expertise deeply valued, according to Ukrainian politicians and officials who worked with him,” the article states.

If this is the case, Manafort’s pro-Western reform attempts should be taken even more seriously. The authors then go on to examine these contributions, such as “persuading the government to lower grain export tariffs, encouraging Western agribusiness investment, and beginning dialogue with Chevron and Exxon regarding oil and natural gas exploration.” Preparing the way for a path to Ukrainian energy independence certainly did not coincide with Russian interests; curiously, this is not mentioned.

Yanukovych’s party, the Party of Regions, had great success under Manafort’s counsel, and Yanukovych became prime minister once again after he was deposed in the 2004-5 Orange Revolution. Even so, a former member of Yanukovych’s cabinet claimed that “Manafort had ultimately grown disillusioned with his client,” according to Myers and Kramer. The authors then go on to mention Manafort’s insistence that Yanukovych—then President—“sign an agreement with the European Union that would link the country closer to the West—and lobbied for the Americans to support Ukraine’s membership as well.” This was precisely contrary to Putin’s pressure on Yanukovych. Alas, Yanukovych did not take Manafort’s advice, instead choosing the side more favorable to Putin. This decision led disaffected citizens to violent protest in the winter of 2014, and Yanukovych fled to safety in Russia. As a professional adviser, this was clearly a loss for Manafort. But he responded by creating an electorally successful Opposition Bloc of those disgruntled with the new Petro Poroshenko presidency. Yes, this coalition was by no means purely pro-Western in ideology. It even contained, as the authors note, a few Communists. But in a Ukraine that continues to be dogged by corruption and turmoil, even among those with a pro-Western orientation, it is very difficult to say which factions—if any—are able to move the country in a positive direction.

These three instances are representative of a broader trend in the Western media to offer sensationalistic and misleading coverage that exacerbates poor relations with Russia. The most recent example of the media, including the New York Times and the Washington Post, moving from reporting on events to becoming outright propagandists came during the run-up to the Iraq War. Today, coverage of Russia is starting to resemble the unanimity of opinion that prevailed over a decade ago on Iraq and it is seeping into a variety of outlets.

It’s disturbing that the same traits are once again manifesting themselves. The consequences could be dire. As Walter Lippmann observed almost a century ago, “the most destructive form of untruth is sophistry and propaganda by those whose profession it is to report the news.” As they focus on Russia and America, Western journalists would do well to recall them.