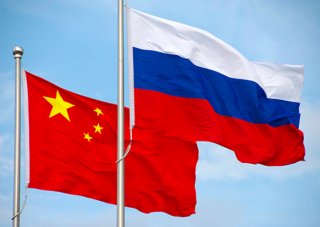 The United States will be hosting the online Summit for Democracy on December 9-10, 2021, empowering itself to define who is to attend the event and who is not, who is a “democratic country” and who is not eligible for such status. An evident product of its Cold-War mentality, this will stoke up ideological confrontation and a rift in the world, creating new “dividing lines.” This trend contradicts the development of the modern world. It is impossible to prevent the shaping of a global polycentric architecture but could strain the objective process. China and Russia firmly reject this move.

Peace, development, fairness, justice, democracy, and freedom are common values of humanity. Democracy is not a prerogative of a certain country or a group of countries, but a universal right of all peoples. It can be realized in multiple ways, and no model can fit all countries. Whether a country’s path works depends on whether it meets the country’s realities, follows the trend of the times, and brings about economic development, social stability and progress, and better lives for the people. Ultimately, it relies on the support of the people and will be proven by its contribution to human progress.

Therefore, a basic criterion of democracy should be about the people, i.e. whether the people have the right to govern their country, whether their needs are met, and whether they have a sense of fulfillment and happiness. If the people are only awakened when casting their votes and sent back to hibernation when the voting is over, if they are served with sweet-sounding slogans in campaigns but have no say after the election, if they are wooed during canvassing but left out in the cold after that, this is not a genuine democracy.

What China has is an extensive, whole-process socialist democracy. It reflects the people’s will, suits the country’s realities, and enjoys strong support from the people. In China, the people have the right to elections, and they can get deeply involved in national governance, exercising their power through the People's Congresses at the national and other levels. China has eight non-Communist parties participating in governance, as well as a unique system and corresponding institutions of political consultation. On matters concerning people's keen interests, there are broad-based and sufficient consultations and discussions before any decision is made. Policies and measures can only be introduced when there is a consensus that they are what the people want and will serve the people’s needs. It has been proved that the whole-process democracy works in China, and works very well. China calls for building a community with a shared future for mankind. As residents of the same global village, we should handle international affairs through consultation.

Russia is a democratic federative law-governed state with a republican form of government. Democracy is the fundamental principle of its political system. The democratic institutions were further strengthened by the amendments to the Constitution adopted through a referendum in 2020. In Russia, the development of democracy is closely connected to culture and traditions. Traditions of its parliamentarianism go back over a hundred years. Russia’s political system is evolving steadily and needs a stable and calm environment that guarantees the rights and interests of its people.

Democracy is not just about domestic governance; it should also be reflected in international relations. A truly democratic government will support democracy in international relations. It will not foster hegemony and division abroad while building democracy and unity at home. The path to prosperity of nations goes through respectful cooperation with each other, despite some differences in views on particular issues.

The sovereignty, security, and development interests of a country should not be violated. Interfering in other countries’ internal affairs—under the pretext of fighting corruption, promoting democratic values, or protecting human rights—hindering their development, wielding the big stick of sanctions, and even infringing on their sovereignty, unity and territorial integrity go against the UN Charter and other basic norms of international law and are obviously anti-democratic.

No country has the right to judge the world’s vast and varied political landscape by a single yardstick, and having other countries copy one’s political system through color revolution, regime change and even use of force go against international law, and are obviously anti-democratic.

International affairs should be handled in accordance with the principles of extensive consultation, joint contribution, and shared benefits, and decided in the spirit of true multilateralism. There should be a more inclusive global governance, not something like “might makes right.” Seeking supremacy and putting oneself always first are acts of hegemonism and unilateralism, and are obviously anti-democratic.

Common security and development are a prevailing aspiration of the international community. Using ideology to bring down other countries, and promote a geo-strategy for absolute security will lead to division and confrontation, and are obviously anti-democratic.

There has seen no shortage of wars and turmoil worldwide to prove that spreading “democracy,” its political system, and values against other countries’ will severely undermine regional and international peace, security, and stability. Bombings of Yugoslavia, military intervention in Iraq, Afghanistan, and Libya, and “democratic transformation” do nothing but harm. Countries should focus on running their own affairs well, not condescendingly criticizing others. There is no need to worry about democracy in Russia and China. Certain foreign governments better think about themselves and what is going on in their homes. Is it freedom when various rallies in their countries are dispersed with rubber bullets and tear gas? It does not look very much like freedom.

Faced with an array of global challenges, countries urgently need to strengthen coordination and cooperation for common progress. Especially today when the international community needs to improve cooperation between all countries to counter the pandemic of COVID-19, foster economic development, and neutralize cross-border threats.

China and Russia call on countries: to stop using "value-based diplomacy" to provoke division and confrontation; to practice mutual respect and win-win cooperation in international relations, and to work for harmonious coexistence between countries with different social systems, ideologies, histories, cultures, and development levels.

Qin Gang is the ambassador of the People’s Republic of China to the United States.