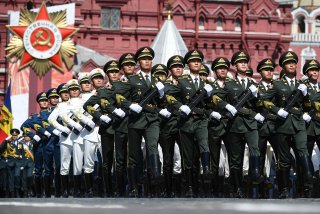 CHINA AND Russia consider themselves great powers, and there is agreement in both Beijing and Moscow on cooperating to limit or constrain America’s ability to dominate international relations and challenge their sovereignty. Moscow and Beijing are committed to multipolarity and a spheres of interest approach, where each state can regulate its periphery without U.S. interference. This close partnership will likely continue as long as Xi Jinping and Vladimir Putin remain in office, and it is probably durable enough to survive if either or both of these leaders steps down or dies. Both have arranged for their rule to continue—indefinitely in the case of Xi, and to 2036 in the case of Putin, assuming he decides to stay in office that long. Each regime is acting as a pragmatic, nationalist great power, and each sees its interests as far more compatible with the other power than with the United States.

Russian and Chinese adherence to global rules is selective and cynical, though international law and institutions can be manipulated to frustrate American foreign policy goals. The two often vote together in the United Nations, for example, using their veto to counter U.S. and European Security Council resolutions on Syria. In 2018, Russian and Chinese diplomats discussed coordinating on the Middle East and agreed to maintain a dialogue on a range of issues in the region. The Middle East presents opportunities and security concerns for Russia and China as the United States disengages. Both opposed Donald Trump’s withdrawal from the Joint Comprehensive Plan of Action and have taken advantage of the situation by negotiating closer military and economic cooperation with Tehran. More broadly in the Middle East, China became the region’s largest investor in 2016, and in the following year established its first overseas base in Djibouti. Russia is engaged diplomatically across the region; is selling weapons to Egypt, Iraq, Saudi Arabia, Libya, the UAE, and Turkey; and recently concluded a twenty-five-year agreement for a naval base in Sudan to complement its base at Tartus, in Syria.

In other regions, the two countries may not be cooperating openly, but their implied support for each other’s aggression narrows Washington’s policy options. Beijing has refrained from criticizing Moscow over the annexation of Crimea and violating Ukraine’s sovereignty, for example, while Moscow implicitly supports China’s growing presence in the South China Sea. China, with its large investments and trade interests, has far more leverage on the African continent than Russia, which is limited largely to providing weapons and mercenaries, the latter through Yevgeny Prigozhin’s Wagner group. Moscow and Beijing may not be actively strategizing together, yet the two are filling a vacuum resulting from American neglect. Similarly, in Latin America, each is pursuing a separate agenda, with Russia selling arms and concluding energy deals while China imports commodities, invests in infrastructure, and promotes cultural and educational exchanges. Both support independent-minded governments—in Venezuela, Cuba, and Nicaragua—and seek to erode American influence in the hemisphere.

Russia’s “return” to South Asia, especially the renewed emphasis on India and new developments with Pakistan, has the potential to increase tensions with Beijing. Moscow continues to promote the idea of a Russia-China-India triangle, the brainchild of former Foreign Minister Yevgeny Primakov—to counterbalance the United States and its alliances. To this effect, Russia attempted to broker an agreement between India and China over tensions along the Actual Line of Control on the sidelines of the 2020 Shanghai Cooperation Organization meeting in Moscow. Russia’s goal may be to enmesh China in a web of agreements and institutions that would constrain its efforts at establishing hegemony in South and Central Asia. However, Russia is contending with the United States and its Indo-Pacific strategy for influence in New Delhi and has been selling high-tech weaponry to India to strengthen the bilateral relationship. In addition, Russia is building political and trade ties with Southeast Asia, hedging against excessive reliance on China.

A rising China will likely challenge the United States for global hegemony, which could result in armed conflict. If this occurs, it is unlikely that Russia would back China militarily. It is even less likely that China would actively support Russia in the event of a conflict in Europe. Should conflict break out in one region, though, Washington would be hard-pressed to deal effectively with a crisis in the second. A key strength for the United States, however, is its network of alliances in Europe and the Pacific; neither Russia nor China can match the United States on this power dimension. If the United States continues to neglect or alienate its allies it will seriously degrade America’s ability to respond to challenges from Russia or China in their respective regions. In a clear departure from Trump’s America First approach, the Biden administration has announced plans to restore close relations with traditional American allies in Europe and Asia.

CHINA IS adept at economic statecraft, far more so than the United States, and is using its position as the leading economic power (measured in purchasing power parity) to undercut American influence globally. The massive Belt and Road Initiative (BRI) is central to this effort. Through BRI, Beijing can leverage trade, investment, and infrastructure development supplemented by modest increases in soft power to challenge America’s post-Cold War dominance. Russia plays a small but significant role in this strategy.

The Russian-Chinese economic relationship has expanded in recent years and will likely continue to grow modestly. In 2019, bilateral trade was over $110 billion, although trade declined in 2020 as a result of overall slowdowns from COVID-19 restrictions. There are distinct complementarities in the relationship: Russia exports oil, natural gas, other raw materials, and weapons to China, while China exports mostly finished goods to Russia. This trade structure is not likely to change much in the near future. And Russia is far more dependent economically on China than the reverse; in 2018 China accounted for 15.5 percent of Russia’s total trade turnover, while Russia accounted for just 0.8 percent of China’s.

The network of oil and gas pipelines constructed over the past decade will link the countries’ economies for the next thirty years, creating a web of interdependence. According to the Energy Information Administration, China’s demand for petroleum will continue to grow over the next five years, as will demand for less-polluting natural gas. The Power of Siberia natural gas pipeline, in operation since December 2019, and a planned second parallel line will more than double the capacity of Russian gas exports to China. However, the importance of the energy relationship should not be overstated. Chinese crude oil imports are fairly diversified—in 2019 only 15 percent of China’s oil imports came from Russia, second to Saudi Arabia (at 16 percent)—and China produces fully one-third of its petroleum needs domestically. Oil imports from Russia account for just under two percent of China’s total primary energy consumption, and China has eighty days of supply stored in its strategic petroleum reserve. Natural gas supplies are also quite diversified, with rising domestic production and a range of import partners.

Moscow hopes to benefit from China’s Belt and Road Initiative by serving as a transportation corridor or land bridge between Europe and Asia. In 2015, Putin and Xi agreed to a partnership between BRI and Russia’s Eurasian Economic Community, but little progress has been made to date. Chinese firms have declined almost all Russian proposals for cooperation on projects, and Moscow understands that BRI may not always serve Russian interests. But Moscow welcomes Chinese investment in Eurasia while pursuing a more diversified economic policy in the Asia-Pacific.

One key development will be the growth of Arctic trade as climate change facilitates greater use of the Northern Sea Route. China seeks to expand shipping routes through the Arctic, and Russia has the icebreakers to keep the sea lanes open for Chinese ships. But tensions exist—Moscow resents Chinese claims to be a “near Arctic” state and prefers to be the dominant power in the Arctic, which is seen as the main resource base for future economic growth. In the Russian Far East, the two countries have finalized their borders and are cooperating on major oil and gas projects, yet Chinese nationalists still resent the “unequal treaties” of the mid-nineteenth century that ceded “Outer Manchuria” to Russia, evident in the negative social media reaction to Vladivostok’s 160th-anniversary celebrations.