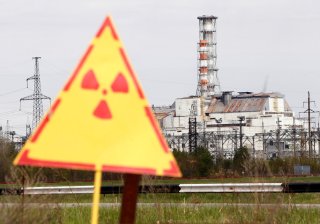 Just as the terrorist attacks on 9/11 required a reexamination of how best to protect against terrorist airplane hijackings, Russia’s military assault on Ukrainian nuclear plants raises questions about the security of nuclear reactors in war zones. In the wake of 2001, the United States quickly took simple but effective measures to prevent a repeat of 9/11. Comparable quick fixes are likely not possible for protecting nuclear power reactors on a battlefield. The concern is, of course, the possible spread of radioactivity from the reactor’s core and even more from the reactor’s highly radioactive store of used fuel.

The Atomic Energy Commission (AEC), the predecessor of the Department of Energy, concluded that it was not practicable to build protection for reactors against military attacks. In 1967, it rejected a public request for such protection against Cuban missiles for the Turkey Point reactors in south Florida on grounds that the AEC’s established policy was not to require special design features to protect against enemy attacks. The Court of Appeals agreed with the AEC’s decision in 1968.

“What the Commission has essentially decided is that to impose such a burden would be to stifle utterly the peaceful utilization of atomic energy in the United States,” the Court of Appeals decision said.

Even though a condition for every nuclear plant license is that its issuance is not inimical to the “common defense and security,” the AEC, with the approval of the Court of Appeals, claimed that Congress never intended that to encompass anything having to do with enemy actions.

In short, our government concluded that the job of protecting against foreign enemies was the job of the military, not the nuclear industry. The military, of course, never paid attention to the issue.

Thus, the U.S. government ignored the possibility of a military attack in licensing U.S.-based nuclear plants, arguing that the possibility was essentially nil. Yet, at the same time it rejected “claims arising out of an act of war” under the Price-Anderson Act on public liability for nuclear accidents, on grounds that the costs would be too great.

Requiring that nuclear plants in the United States incorporate protection against military attack may be a bit of a stretch, but what about American nuclear plants exported to potential war zones? That would include Eastern Europe, the Middle East, Northeast Asia, North Africa, and perhaps the Balkans — all areas that U.S. nuclear vendors, with the support of the American government, hope to populate with nuclear plants.

In these regions, military attacks against reactors are no longer hypothetical. Besides Russia’s attack of Ukraine’s largest nuclear plant at Zaporizhzhia, reactors have been struck in the Middle East on thirteen occasions by Iran, Iraq, Israel, and the United States. In addition, North Korea, Azerbaijan, and China have all have threatened or considered striking their neighbors’ nuclear plants.

Of course, weighing the pros and cons of nuclear energy is the responsibility of states that might import reactors. But should our government, specifically the Department of Energy, urge states in potential war zones to buy them? The consequences of a military attack on a nuclear plant would likely not be confined to a single country—radioactive clouds do not observe national boundaries.

So far, the Department of Energy hasn’t addressed this point. It has other concerns. After the Russian attack on Ukraine’s Zaporizhzhia nuclear power station, Secretary of Energy Jennifer Granholm posted on Twitter that the reactors “are protected by robust containment structures and reactors are being safely shut down ... We have seen no elevated radiation readings near the facility.”

What was the point of such a statement? The Ukrainians know the dangers better than anyone, so Granholm’s statement didn’t do anything for them. The American public is not threatened by leaking radiation from Ukrainian reactors at all. The nuclear industry, however, is: Any suggestion of reactor radiation leaks could jeopardize U.S. public support for expanding nuclear construction to which the Department of Energy, just like the old AEC, is utterly devoted.

That single-minded devotion to nuclear energy has to change, at least with regard to nuclear exports to regions in which military conflict cannot be excluded. We should not export nuclear power plants to these volatile regions or encourage potential importers there to opt for nuclear energy.

As for the nuclear plants that currently operate in potential war zones, our government needs to be frank about the risks and what, if anything, can be done to reduce them. After the Russian army’s shelling of Ukraine’s civilian nuclear plants, these risks can no longer be ignored.