A Russian Perspective on the Food Crisis 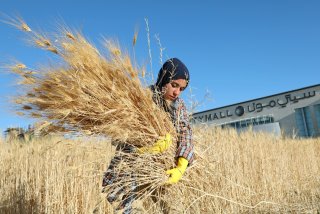 Russia has become a target for accusations that have nothing to do with reality. Our country is being imputed with trying to take steps aimed at deliberately degrading global food security, preventing Ukrainian agricultural exports by sea, and blocking the sowing campaign in that country. It’s time to put an end to these speculations.

According to the United Nations Conference on Trade and Development (UNCTAD) and the UN Food and Agriculture Organization (FAO), there is currently no physical shortage of food in the world. But there are issues with the distribution of agro-industrial goods and their delivery to consumers.

Back in 2020, the UN warned of the risks of a growing crisis in the global agricultural market. First prices started to increase and then skyrocketed by 50 percent by this February—before the start of our special operation in Ukraine.

The causes of this trend are quite obvious. The situation has been affected by the coronavirus pandemic and a lack of investment in the real sector. Next, new trade barriers and unilateral sanctions introduced by certain countries became another significant adverse factor. It is also worth mentioning that Western states made mistakes and miscalculations in their economic and energy policies.

The situation has been further complicated by the Western-led campaign to forcefully accelerate the transition by the international community from traditional energy sources to renewable energy, without taking into account the socio-economic specifics of countries and regions. The attempts to make a quick leap to “green” energy drove up the cost of agricultural products as well as resource-intensive mineral fertilizers.

Russia has absolutely nothing to do with the price hikes. We are accused of aggravating the situation in the food market and countering its normalization by the very parties that created the above-listed imbalances by their actions. What is this if not an attempt to shift responsibility?

Twenty million tons of grain supposedly ready for shipment from Ukrainian ports, which our so-called partners constantly refer to, constitute less than 1 percent of the total volume of the global food market. The delay in the export of wheat can be hardly considered a “catastrophic” development of the overall situation.

It is also worth mentioning that the annual sowing campaign has started in all regions of Ukraine and is rather successful. It is a matter of concern for us that our neighboring country remains self-sufficient in terms of food security. This corresponds to our national interests. We are undertaking the necessary efforts in this regard—assisting farmers in the liberated territories, restoring infrastructure, supplying seeds. At the same time, Russian servicemen are engaged in humanitarian demining of farmland. More than 12,000 explosives on 200 hectares of fields have been deactivated.

As for the alleged cases of grain stealing, we categorically reject such baseless accusations. It was clearly stated on June 7 by Stéphane Dujarric, spokesperson for the UN secretary-general, that the organization does not have any evidence of such crimes.

Russia is not trying to impede Ukrainian food exports. We understand very well the importance of resuming supplies to the countries in need. But the departure of merchant vessels from the Black Sea ports is hampered by the Kiev authorities’ actions.

It was their decision to install around 420 mines. Due to their outdated construction, their anchors often fall off, which only increases their danger. As a result, dozens of foreign ships remain stuck in Nikolaev, Kherson, Chernomorsk, Ochakov, Odessa, and Yuzhny (seventy vessels from sixteen countries as of May 31).

Russia is taking measures to support civilian shipping. The port of Mariupol has been cleaned up and has resumed its operations. Since March, the Russian Navy has been organizing daily humanitarian corridors from the territorial waters of Ukraine to the Bosporus Strait. The detailed coordinates have been made public.

We are grateful to our Turkish partners for their attention to the issue of restoring food deliveries across the Black Sea and for the readiness demonstrated by Ankara to search for solutions. Success can only be achieved provided that Ukrainian authorities agree to cooperate on the matter constructively. They should start by removing the mines they set. We urge you to read once again the statements made by Russian president Vladimir Putin on June 3 and Foreign Minister Sergey Lavrov on June 8 that Russia would guarantee the safety of such routes and would not use them in the interests of the special operation. The conclusion is that there are no obstacles from our side. The ball is in Kiev’s court now.

In addition to Odessa, we see several more ways to organize the delivery of Ukrainian products abroad. For example, by using the infrastructure on the Azov Sea. We are ready to facilitate the smooth export of grain from the ports under our control. There are also opportunities to use transport corridors through Poland, Romania, and Belarus. The only thing that the latter—and by far the easiest in terms of practical implementation—option requires is a sanctions lift on Belarusian fertilizers.

By the way, illegitimate restrictions also apply to Russia. They are a serious obstacle to our normal job as a supplier of food products. Sanctions harm producers and exporters, directly or indirectly affecting the financial, transport, and logistics options available to all companies and entrepreneurs.

The effect of the “waivers,” which the initiators of the sanctions insistently talk about, is, in fact, illusory. Western banking, insurance, and trade institutions, intimidated by possible consequences for violators of restrictions, refuse any cooperation. The situation is aggravated by anti-dumping measures imposed on our fertilizers (including urea-ammonia and phosphate fertilizers).

Russia is ready to keep on strictly fulfilling its obligations under international contracts regarding shipments of agricultural products. We are aware of the importance of our wheat for the nations of Asia, Africa, Latin America, and the Middle East. In the current agricultural year, our exports will amount to 37 million tons of grain, next year we plan to increase it up to 50 million tons. Russia intends to continue providing humanitarian assistance, including through the UN World Food Program.

Russia’s goal has always been to stabilize the situation in the world food market and to provide assistance to countries that need high-quality and inexpensive grain. The promotion of the so-called “guilt” of Russia for the deterioration of the situation in global food security has nothing to do with reality. Attempts to portray us as an enemy are doomed to create further problems for their initiators. We can only hope that the West will nevertheless be able to show the necessary political will and prudence to resolve the crisis it created.