A Russian Perspective on the Skripal Attack 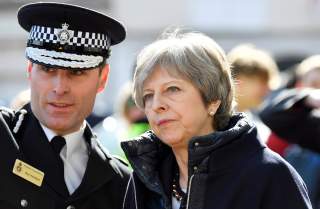 The confrontation between Russian and British media, diplomats and politicians, caused by an attempt by unknown persons to poison a former GRU colonel, has been gaining momentum for two weeks. The former Russian colonel, a British intelligence agent, and his daughter were both poisoned near a local pizzeria in the small town of Salisbury.

Without even waiting for a full investigation of the incident, Foreign Minister Boris Johnson announced that Russia was the culprit. Next, Prime Minister Theresa May presented an ultimatum to Russia. But when the Russian authorities politely hinted to the British that they first needed to figure out themselves what happened and then turn to Russia for help in this matter, May ordered the expulsion of twenty-three Russian diplomats allegedly engaged in intelligence activities in the United Kingdom and vowed to freeze high-level political and diplomatic contacts.

This incident fits well into the framework of Russian-British relations over the past decades, when one after another, for obscure reasons, fugitive Russian businessmen and former agents of the Russian special services have died in England. In all cases, without hard evidence, the British authorities assigned the blame to the Russian authorities and Russian president Vladimir Putin. So the current actions of the British authorities will likely find a sympathetic response both from the British public and allies on both sides of the Atlantic, as the Western media seek to portray Russia and its leadership as dastardly villains from whom it is possible to expect any criminal acts not only in Russia, but in any other country.

Lacking essential facts to draw unambiguous conclusions about who tried to poison the Skripals and why, I am also free to build my own version of what transpired. In this case, unlike the British authorities, who refused to even name a motive for the crime, I will try to answer the question of who might be interested in committing it. The idea that Russia’s special services were involved is simply not credible to me. First, Skripal was not on the run. The Russian authorities exchanged him for their own spies, arrested in the United States. Second, he posed no threat and did not know anything more than what he had already given to the British before his arrest. Otherwise, he would not have been released, but replaced by someone else in the spy swap.

Third, being in England, he was of course under the supervision of the British special services, and if he had engaged in any activities threatening to Russia, for which the Russian special services would have decided to eliminate him, the British special services would immediately announce the motive of the Russian side, to give this version at least some credibility. Fourth, both Putin and the Russian secret service had the least interest of all parties involved in poisoning the old retired double-agent and his daughter and causing a deep crisis in Moscow-London relations, and more broadly, Moscow-West relations. The United States and other NATO allies have already supported May’s unfounded charges against Russia. Such a move by Russia makes even less sense on the eve of its presidential elections and a couple of months before the start of the soccer World Cup in Moscow.

Fifth, Western media has repeatedly said that without Putin’s order in Russia, even insects dare not fly. This means that Putin would have had to personally order Skripal’s killing. Yet while Western media routinely criticize Putin for many things, they always say that he is very clever. Why then would he take such a foolish step?

Thus, one must ask who benefited from the poisoning and quite possible death of Skripal and his daughter? I’m not a supporter of conspiracy theories, but I can build my own version of what is transpiring, based on the broader and deeper context of the events. I will leave out the version that is quite popular in the Russian media, which is that the British special services did it to divert the attention of English society from all the negative consequences associated with Brexit and the scandal that erupted in one of England’s cities, where an organized criminal network exploited hundreds of children in the sex trade.

Another explanation of this event looks more credible to me. In the West, but especially in England and the United States, media and political circles have been feverishly demonizing Putin and Russia for many years. These countries have taken the course of regime change in Russia and specifically want to replace Putin. Unable to intervene successfully into Russia’s domestic politics or the electoral process through their networks in Russia—since most of the agents of foreign influence are either already cleared out or under the close custody of Russian special services—the Anglo-American special services decided to conduct this operation to discredit Russia and Putin and cast a shadow on Russian elections and the legitimacy of Putin’s re-election.

England was chosen not by accident. In this country the ground was prepared in advance, and the world attention is assured to pronounce both Russia and the Russian authorities as evil. Only in such a case can one not bother with versions and clues and not even think that it would be impossible to commit such a crime in a public place in a small town. A long time ago, in the early years of the Soviet Union, there was talk about revolutionary justice, and it was argued that things were legal and just if they were in the interest of the working class. This principle has long been employed by our partners in the West. A couple of weeks ago, James Woolsey, a former CIA director, appeared on Laura Ingraham’s program on Fox News. When Ingraham asked him whether American intelligence agencies intervened in the elections of other countries, he candidly replied yes, and listed a number of cases. He justified this by saying that it was important to understand that U.S. and Western special services interfere in those elections with good motives and solely to pursue noble goals.

To further demonize both Russia and Putin on the eve of the presidential elections in Russia is nothing but a “noble goal,” according to Western special services.