Russian Studies is Thriving, not Dying 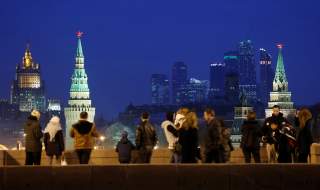 As U.S.-Russian relations continue to spiral downwards, popular commentators decry the lack of expertise on Russia in the United States. In a well-argued critique of popular discourse on Russia in the United States, Bloomberg’s Leonid Bershidsky recently noted: “those capable of a more nuanced approach are in increasingly short supply in the U.S. Years of low funding and poor career opportunities have thinned out the Russia expert community….only a small number of Dostoevsky nerds have been interested in a country often described as a fading regional power.” In these sentiments, Bershidsky echoes National Interest, Washington Post and the New York Times. That “Russian studies is dying” has almost become a trope in the policy making community.

The only problem is that Russian studies is thriving, at least in Political Science, the field I know best. Consider the flagship journal in the field—the American Political Science Review (APSR). It publishes about forty articles per year from all four specializations in Political Science, including American politics, comparative politics, international relations, and political theory and it has an acceptance rate of 8 percent. That is, 92 percent of submissions are rejected. This figure is especially impressive since scholars tend to only send their best work to the APSR for review.

Yet in the last year, four articles on Russia were published in the APSR and two more are on the way. These works are written for an academic audience and can be quite technical, but they do explore core issues in our understanding of Russia.

In 2016, Ashlea Rundlett of the University of Illinois and Milan Svolik of Yale published an award winning article which showed that rather than being tightly controlled by the Kremlin, election fraud is quite decentralized as governors compete to show their loyalty by inflating vote totals.

In the April 2017 edition, Timothy Colton from Harvard and Henry Hale from George Washington used survey data from 2008 and 2012 to identify the type of voters who were more likely to defect from the ruling party, United Russia.

In the same issue, Jordan Gans-Morse from Northwestern University showed that businesses in Russia shifted from using private protection organization in the 1990s to courts in the 2000s to resolve run-of-the-mill disputes.

In work posted on the APSR website, Bryn Rosenfeld from University of Southern California identifies an important caveat to the oft-cited thesis that a strong middle-class promotes democracy. Using a clever statistical method and large surveys from Russia, she finds that the middle class is likely to protest against electoral fraud, but not if they work in the state sector.

In a forthcoming article, Paul Dower, Evgeny Finkel, Scott Gehlbach and Steve Nafziger take a historical turn. Using data from Tsarist Russia to study the relationship between protest and representation, they find that peasants were granted less representation in zemstvo assemblies in districts that experienced more frequent unrest in prior years. Protest may scare the well-off into restricting representation rather than goad them to increase it—a lesson that is certainly relevant for contemporary Russia as well.

Finally, in a recently accepted article, David Szakonyi of George Washington University and the Higher School of Economics in Moscow finds that firms whose managers also hold a seat in the regional legislature increase their revenue by 60 percent over their term, but these returns are much lower where there is more economic competition. This is far from the first work to point to the value of political connections in Russia, but it is one of the few to measure it so precisely or to find measures to counter it.

To put this run of articles in perspective, since 1960, there has never been a period when so many individual articles were published on Russia in the flagship journal in Political Science in such a short period of time. On average over this period, the APSR published about one or two articles per year dedicated to the Soviet Union or Russia.

The APSR is not an exception. Look at recent issues of The Journal of Politics, World Politics, The British Journal of Political Science, Comparative Politics, and Post-Soviet Affairs, the journal I edit, and you will find innovative research on Russia on topics ranging from whether Putin’s approval ratings are real to the impact of social media on protest. And this is before we consider the many excellent academic books on Russia that have been published in recent years. Much of this work comes from a new generation of scholars trained after the fall of the Soviet Union and much of this work is done by scholars from Russia themselves. In many respects the study of Russia has become far more mainstream in Political Science than at any time since in the 1950s and early 1960s.

But more students enter undergraduate and graduate programs already having Russian language skills. Of the nine graduate students I’ve advised at Columbia in the last decade who work on Russia, four are Russian citizens. And similar ratios likely hold for my colleagues at other Ph.D. granting institutions. The many excellent political scientists writing on Russia have little need for Russian language classes.

The data are harder to come by, but it is my impression that undergraduate populations today contain far more Russian citizens and heritage speakers whose parents left the former Soviet Union than in the past. If having a Russian in your Russian politics class was an oddity in the past, it is almost a given today at many universities.

Critics also point to deep cuts in funding for research and training. True as well. But the situation is not completely bleak. Last year, the Carnegie Corporation rewarded Russian studies programs at Columbia, Indiana and the University of Wisconsin-Madison with large grants to support graduate research on Russia.

There are many reasons for the all too simplistic treatments found in much popular discourse about Russia from the sheer difficulty of studying a country as opaque and complex as Russia, to a hyper-polarized media and political environment that rewards exaggeration and simplification, to the failure of academics to translate their work to a broader audience.

Certainly the academic study of Russia faces many challenges and we can use more experts in the field, particularly in the study of foreign policy. But the lack of nuance in public discourse about Russia is not rooted in the low quality of academic research in Russian studies. At least in Political Science, Russian studies is alive and well.

Timothy Frye is Chair of the Department of Political Science and the Marshall Shulman Professor of Post-Soviet Politics at Columbia University.