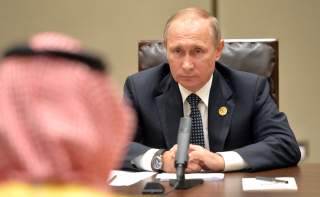 The conflict between Qatar and the alliance of Muslim countries led by Saudi Arabia emphasizes that today’s international relations, at least in the Middle East, are closer to the classical model of domination, rivalries and coalitions defined by national interests than to post–Cold War dreams of a world politics free of conflicts, and based on liberal consensus and cooperation. Among the major powers, Russia might be the best prepared to act within such an order. Today, there is no power in the Middle East that is not talking to Moscow. This dialogue is based on the clear understanding of each other’s positions, bargaining and mutually beneficial deals, and not on ideological doctrines, declarations of eternal friendship or everlasting alliances.

The contrast is especially stark against Washington’s efforts to pick a side in the spat between most of the Gulf states and Qatar. For the United States, there are two main reasons for this dilemma. First, on the ground level, the United States cannot simply join the group led by Saudi Arabia because of economic and military cooperation between Qatar and the West. Second, in terms of broader foreign-policy strategy, the United States still pretends to be the power defining the situation in the Middle East. From this perspective, amid the current conflict, Washington is compelled at least to act as mediator.

Washington’s job as mediator could be very hard to accomplish, and perhaps future historians will acknowledge this contention between Qatar and its neighbors as the point when the United States stopped managing the Middle East. What power can succeed Washington? Russia has improved its strategic stance in the region significantly in recent years; however, Moscow is not eager to follow Britain and the United States as the power in charge of the Middle East. One could argue that today, occupying that position is simply impossible.

Russia’s Middle Eastern policy is aimed at protecting national interests through dealing with as broad a range of regional powers as possible. Moscow does not exclude any country from this dialogue on ideological reasons. Openness to the development of relations with different states has become a hallmark of Russian diplomacy. Russia continues dialogue—if not cooperation—with Armenia and Azerbaijan, different groups in divided Libya and fractured Afghanistan, India and Pakistan, North and South Korea, Israel and Palestine, Turkey and the Kurds, Iran and Sunni monarchies of the Gulf.

Russian doctrines and official statements avoid ideological positions, which might constrain the work of Russian diplomats. Ultimately, what is the point of including such positions—for example, demanding from others commitment to democracy and human rights, or declaring absolute support for foreign partners—when, sooner or later, the reality of world politics might force Russia to abandon these positions? American foreign policy in general, and in the Middle East in particular, presents many such ideological constraints.

All of this eliminates pressure on Russia to choose sides in the current dispute between Qatar and other Arab states. Moscow has a recent history of cooperation with all sides of this conflict. One should not be distracted by the differences Russia has with these countries—indeed, nobody is pretending that there exists absolute, deep affection between the Kremlin and Middle Eastern potentates. Even Bashar al-Assad knows the terms and limits of Russian support. Considering Syria, we can conclude that the crisis in the country is the reason for the most sharp differences between Moscow and both Doha and Riyadh. However, these differences are addressed on Syrian battlefields, and during multilateral talks on Syria’s future. Despite the fact that Saudi Arabia and Qatar might support different factions fighting Assad, they understand that there is no solution in Syria without Russia.

At the same time, Russia, Saudi Arabia and Qatar share an interest in using and exporting their natural resources as efficiently as possibly. Saudi Arabia cooperates with Russia on global oil prices; Qatar is a global natural-gas power and hosts the secretariat of the Gas Exporting Countries Forum, an international organization created with the crucial support of Russia. In December of last year, Glencore and Qatar’s sovereign fund bought 19.5 percent of Russia’s state oil company Rosneft. If one adds to all of this the close cooperation on many issues between Moscow and Tehran, it will become clear why Russia pointedly manifests its neutrality in the current Gulf spat. Whatever the end of this conflict, all sides will have to deal with Russia, and Russia is willing and able to continue this dialogue.

Nevertheless, the question stands: what is a long-term structure for addressing the region’s many problems? What will follow America’s waning dominance? The only workable solution can be based on an approach akin to that of Russia. Multilateral dialogue aimed at compartmentalized deals will not solve all the Middle East’s problems, but it can create a regional system allowing for the resolution of the worst crises.