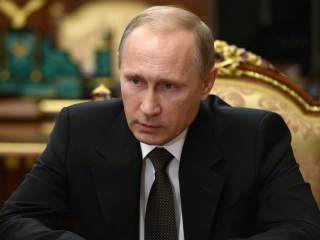 Vladimir Putin’s surprise announcement that he is withdrawing the majority of Russian troops stationed in Syria will lead to much speculation over his true motives for doing so. Has the Russian military, as his announcement claimed, actually achieved its strategic goals? Certainly Russian airstrikes and material aid helped stabilize the Assad regime and leave it on the verge of dealing a decisive blow to rebel groups in the city of Aleppo. And yet, there is a number of alternate explanations for Putin’s decision to withdraw. The costs of the intervention have been high, domestic unrest is growing over falling energy prices and other international issues demand Putin’s attention, such as ongoing sanctions over Russian involvement in Ukraine.

Questioning Putin’s motives for pulling out Russian troops, however, obscures a more interesting point about Russia’s strategic pivot away from the Middle East. How can Russia artfully remove itself the conflict in contrast with recent U.S. interventions in the Middle East, such as in Iraq, where withdrawal ultimately proved impossible? A number of factors enabled Putin to intervene in Syria with impunity, and likewise to unilaterally end Russian involvement.

American and Western observers would do well to note the reasons why Putin is able to declare victory in Syria, because they also illustrate why the United States and its allies will never be able to do so. Putin’s intervention was decisive, relatively unencumbered by public opinion, adhered to limited aims and possessed no baggage of humanitarian idealism that precluded an easy exit. In contrast, Western countries have only responded to the violence in Syria with halting, half-hearted steps indicative of strong public sentiment against direct intervention and conflicted thoughts over how best to preserve civilian lives over both the short and long term.

Many of the reasons why Putin could both quickly intervene and withdraw from Syria are linked to the authoritarian nature of his government, meaning that they are neither adoptable by the United States and its allies nor necessarily desirable in their own right. Still, by allowing Russia to quickly divest itself of its military responsibilities in Syria, it is easy to understand why American decisionmakers might be secretly jealous of the power that their Russian counterparts wield. While President Obama and others in the United States engaged in an agonizingly public struggle over whether and how to intervene, Russia entered and exited the conflict all within five months, a blink of an eye relative to the sloth-like pace of a gridlocked Congress in Washington, DC. Furthermore, while there was initial public opposition to Russia’s military involvement in Syria, Putin could easily ignore such dissent and even shift public support in favor of intervention.

Russia was also able to both adopt and maintain limited goals through military intervention: stabilize the Assad regime, and give both it and Russia stronger negotiating positions in any brokered cease-fire. It is difficult if not impossible for the United States to adhere to limited aims—as demonstrated by the invasions of Iraq and Afghanistan—due to the messianic role that the country envisions for itself and the preponderance of U.S. power, which limits the relative costs of long-term interventions. Even in the few instances where the United States has kept itself from embarking on an ill-fated armed state-building exercise, such as in Libya in 2011, decisionmakers still bemoan the lost opportunity for transformational change and blame U.S. allies for failing to help provide it.

Finally, part of the motivation for armed state building—especially for liberal, democratic states—is the well-founded desire to expand humanitarian norms and protect individual liberties from predatory regimes and other malicious actors. This desire can serve as an impetus for action (and formed part of the rationale for U.S. interventions in Afghanistan and Iraq), but also can impede a quick exit, since the chaos left in the aftermath of a military intervention is almost always less secure than the state of affairs before such an intervention occurred. States such as Russia that do not care about breaking states do not, to paraphrase Colin Powell, feel obliged to buy (either literally or metaphorically) security for civilians following the cessation of military operations.

Since the ability to disengage militarily from conflicts like Syria rests at least partially on the authoritarian nature of the intervening government, the United States will be unable to pull off a similar move without abandoning its liberal ideals. The Russian experience in Syria, therefore, demonstrates once again that a primary strategic goal of the United States should be to avoid such military interventions in the first place, since its liberal character precludes it from a quick and easy exit. Furthermore, there is still ample time for Putin’s withdrawal from Syria to prove more difficult than currently assumed, turning his supposed “victory” into a clearer form of defeat.

The Russian intervention certainly demonstrated its long-distance power-projection capabilities, but the marginal gains in prestige involved are easily outweighed by the manifest costs in equipment, manpower and other expenses, and by the potential for future international legal action. As the United States knows far too well, it is one thing to declare victory, but an entirely different thing to actually and fully achieve it.