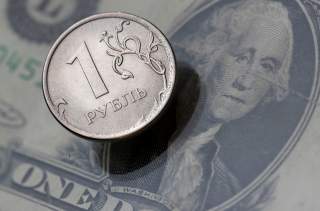 European statesmen, civil servants, and spies have long concerned themselves with Russia. For years, it has been business as usual to track the country’s military exercises, espionage rings, and energy policy. But as revelations about opaque Russian funds entering the European Union reverberate from Strasbourg to Scandinavian boardrooms and Spanish courtrooms, it is increasingly Russia’s money that’s on Europe’s mind.

On March 5, leaked Lithuanian bank records revealed that the once glamorous but now defunct Russian investment bank Troika Dialog engaged in questionable practices on a large scale. According to the leaked documents, Troika and a network of offshore shell companies moved $4.6 billion from Russia to the West over an eight-year period in what was probably run of the mill capital flight mixed with much darker flows.

The leak followed more expansive revelations about Danish lender Danske Bank and its Estonian branch, whose nonresident clients moved an estimated $230 billion since 2007, mainly from Russia and much of it suspicious. The scale of Danske’s suspect transfers overshadows the infamous mirror trading and Russian Laundromat schemes that were, until now, Europe’s largest money laundering scandals of recent memory.

The business impact has been dramatic as the scandals have ensnared nearly a dozen of Europe’s leading banks. Swedbank, the Baltics’ biggest financial group, dismissed its CEO an hour before a March 28 annual general meeting in response to investor nervousness over the scale of the bank’s money laundering exposure. Its Nordic rival, Nordea Bank, has reduced Russian loans by 60 percent amid allegations that it handled nearly seven hundred million euro in suspect transactions. ING and Deutsche Bank both face restrictive measures from European regulators until they fix their financial crime controls.

Meanwhile, Spanish judges have acquitted seventeen Russians of laundering money for the Russian mafia. In a trial that culminated last October, prosecutors claimed the defendants, including a Russian MP, funneled nearly $57 million from offshore bank accounts into Spanish property and businesses on behalf of the Tambovskaya-Malyshevskaya crime group. However, they were ultimately unable to convince Spain’s National Criminal Court that the investments were made with proceeds from crime.

As banking scandals and legal cases proliferate in an already tense geopolitical climate with Russia, Europe must decide how to deal with a neighbor that aspires to great-power status while also being one of the world’s largest exporters of dirty money.

In the view of European Parliament, institution building is the answer. On March 26, it endorsed proposals from its Special Committee on Financial Crimes to create a financial police force, financial intelligence unit, and anti-money laundering watchdog for the EU. If adopted, these would be important steps to facilitate financial crime information flow and centralize oversight across Europe.  But that is only part of the solution. The other part is regulatory dialogue with Russia.

The West has legitimate grievances with the Kremlin, including Crimea, the Skripal poisoning, cyber meddling, and election interference. But it would be a mistake to allow an impasse over these issues to impede engagement on financial crime that could yield tactical and strategic benefits.

On a tactical level, Russia has diligent and capable regulators. Their insights about shadow banking, remittances, and money laundering networks in their country could prove invaluable to the EU as it overhauls its financial crime framework and seeks to address past failures to effectively share information.

While money laundering breaches in Europe attract mounting media scrutiny, Russia has quietly been cleaning up its financial sector. Its central bank is currently in the seventh year of a campaign, conducted with tacit Kremlin support, to crack down on opacity, insolvency, and crime in Russian banking. As regulators have rooted out institutions that flout federal laws, fudge or fabricate data, and run dangerously low in reserves, the banking sector has shrunk by nearly half. Russia’s central bank revoked 453 licenses from 2013 through April this year.

Among them, it closed at least 129 banks that repeatedly violated local anti-money laundering law, including those that sent the suspect flows that have left European financial institutions in such hot water. For example, Russian Land Bank, which formed part of the Russian Laundromat network, lost its license in 2014. In 2015, the central bank similarly shuttered Promsberbank, a little known bank based outside Moscow that has since been linked to suspect transactions at Danske’s Estonian branch.

Russia’s findings from reviews of so many suspect institutions could help European regulators map crime networks, define the exposure of their banks, and build better financial crime infrastructure with Russian typologies in mind. But the sharing would need to go both ways. Yes, the Kremlin has misused international legal cooperation to persecute critics abroad. But the country’s offshore wealth is estimated at 85 percent of national income and Russian authorities have legitimate interests in managing their balance of payments and stemming tax evasion and illegal remittances into Europe.

More broadly, building relationships with Russia’s rising technocrats is good geopolitics. Beyond discharging technical duties, Russia’s technocratic elite are a power center that competes for influence with other elite groups within the Kremlin. As Russia creeps toward an eventual political transition, it is far from clear where power will ultimately reside. To guard against the unknown, Europe should court Russian counterparts that are technically sound and who see the value of partnerships with the West. The fight against financial crime, and the regional balance of power, could depend on those relationships for years to come.

Andrew Rennemo works at an international financial institution in London. He was previously an intelligence analyst in the U.S. Treasury Department focused on transnational threats and a management consultant for anti-money laundering risk and forensic investigation.