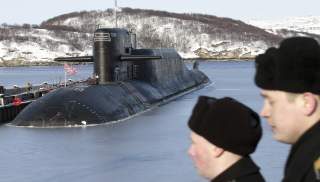 The fallout from the Mueller Report continues to roil Washington, with one side of the aisle hoping to scrutinize Robert Mueller’s logic more closely and the other side demanding that the investigators be investigated. This debate has not shown our Republic in a positive light, not least since the word “traitor” has disturbingly become commonplace in our political discourse. However, much of that responsibility lies with the media, obsessed with conspiracy theories to the detriment of real issues. Reporters must strive to return to basic journalistic ethics, which might involve (among other reforms) giving the twitter universe a rest and looking beyond northern Virginia for insights and balanced assessments.

Doubling down on major, substantive issues, such as climate change, would certainly help, but there is still plenty of collateral damage from the last two-plus years of Russiagate. Indeed, a “New Cold War” is now in full bloom thanks largely to the major media outlets’ fanning the flames of xenophobia and conspiracy. Putting aside major turmoil in our own national security apparatus, regional conflicts including Venezuela, Syria, Yemen, Afghanistan, and North Korea, are nowhere closer to resolution. Crucial arms control treaties lie in tatters. Major military exercises “reaching unprecedented scale” are once again a regular pattern and defense expenditures spiral ever upwards. Most disturbingly, whole new classes of nuclear weaponry are being introduced and nuclear-armed forces are once again maneuvering in close proximity.

Such is the sad reality of the “New Cold War,” that we’d better not forget how precarious the last round was. For that reason, it is important to probe the reflections of retired Russian Admiral Vladimir Y. Dudko [Владимир Яковлевич Дудко], who pulled back the curtain regarding his exploits in a recollection published in Nezavisimaya Gazeta back on March 15. He actually commanded a Victor-class nuclear attack submarine operating off America’s coasts during the early 1980s. Admiral Dudko introduces his story by noting that “Today, many write a lot about the fact that during the Caribbean crisis the world stood on the brink of nuclear war, but they hardly remember when it stood on this brink during the years 1981–1983 [Сегодня много пишут о том, что во время Карибского кризиса мир стоял на грани ядерной войны, но почти не вспоминают о том, когда он стоял на этой грани в 1981–1983 годах].” He explains that “by 1982, it was clear: Washington was seeking to break the nuclear parity between the USA and the USSR in its favor.”

The Russian admiral allows that for much of the Cold War, the U.S. Navy enjoyed “the overwhelming superiority of the American submarines, caused primarily by their unprecedented superiority in secrecy and low noise over our submarines and ships. [подавляющее превосходство американских АПЛ, вызванное в первую очередь их беспрецедентным превосходством в скрытности и малошумности над нашими подлодками и кораблями].” Illustrating the rather paranoid ethos that underlies much thinking among nuclear strategists, Admiral Dudko suggests that “The Americans were dominant underwater, and believed that stealth was the main precondition for undertaking a preemptive first strike [первого упреждающего удара].”

Admiral Dudko discusses a Soviet counter-move in response to the large U.S. Navy exercise “FleetEx-82” in the vicinity of the Kamchatka Peninsula and the Kurile Islands in the Pacific that apparently involved at least two aircraft carrier battle groups. According to this account, the Commander of the Soviet Fleet Sergei Gorshkov considered this to be a possible “Soviet Pearl Harbor [советский Перл-Харбор]” that required a Soviet response. Thus, even as the Americans were demonstrating their strength against the USSR’s Far East flank, “the K-492 submarine took a position only five miles from the American coast, that is, from enemy airfields and bases, on a September stormy night and was ready to use all types of weapons on the U.S. homeland, including nuclear weaponry [подлодка К-492 сентябрьской штормовой ночью заняла позицию всего в пяти милях от американского побережья, то есть от аэродромов и баз противника, и была готова к применению всех видов оружия по территории США, включая ядерное].”

As to the activities of this Soviet submarine stationed just off the coast of the U.S. submarine base at Bangor, Washington, this Russian admiral writes with more than a little swagger: “In addition to recording the noise [signatures] of [the American] SSBNs, [the Soviet High Command] required a demonstration of force, that is, the mutual detection of boats. [Кроме записи шумов ПЛАРБ требовалась демонстрация силы, то есть взаимное обнаружение лодок].” He claims that, in the cat and mouse game that followed, the American SSBN tried to shake his pursuing Soviet Victor-class submarine for seventeen hours before fleeing into Canadian territorial waters. Admiral Dudko suggests that “the meeting of the SSBN by the Soviet submarine stunned the Americans . . . The U.S. fleet was deprived of its main advantage – secrecy.”

The Russian admiral also boasts that U.S. reports suggested up to three Soviet submarines off of Bangor at that time, “but actually there was just one K-492 [а фактически действовала одна К-492)!]” He additionally suggests that other Soviet boats succeeded in repeating these feats over the following years, developing new submarine warfare tactics for both cruise missile employment, as well as the use of digital sonar processing. Admiral Dudko deplores the insults and humiliation endured by the Russian submarine force since the Kursk sinking in August 2000, and rather suggests that Russians should reflect on the force’s achievements, including “saving the world from nuclear war [уберегшие мир от ядерной войны].” The claim is made that the exploits of this Soviet submarine shattered the “myth of America’s invincible triad [миф о непобедимой триаде США].” For the U.S. Navy, this Russian Admiral contends, this successful Soviet mission in the fall of 1982 not only demonstrated the weakness of American ASW (despite a dense concentration of assets), but also constituted an “unprecedented defeat of the American fleet, which lost its prestige . . . [невиданное поражение американского флота, потерявшего свой престиж].” The claim is also made that these actions diminished the importance of U.S. Navy exercises proximate to the Russian Far East.

What is most disturbing, however, about this Russian admiral’s account is his conviction that his role was to break the U.S. Navy’s plan that had “the final goal of achieving the capitulation of the Soviet government to conditions set by the Americans [с конечной целью принуждения советского правительства к капитуляции на условиях американцев].” In other words, he was compelled to undertake these dangerous maneuvers just off the American coast in order to save his country from total submission. Some will inevitably dismiss this Russian admiral’s account as an old man seeking his due from his countrymen—not much better than a drunken sailor’s tale. Others will not unreasonably suggest that this amounts to warmed over propaganda. And yet, ignoring this account might reveal a failure to come to grips with the Strangelovian reality inevitably imposed upon military officers of any nation by the perverse conditions of Cold War.

Without any special knowledge, one may easily conjecture that such games are once again occurring in this “New Cold War” under the Pacific, the Atlantic, and likely now across all the world’s oceans. These contests not only cost the taxpayers billions of dollars but pose grave risks to sailors and naval officers on both sides. There is, moreover, also the quite conceivable scenario of war by accident. Most concerning, such maneuvers ensure that in any given crisis situation, such as could easily arise today in the tense Black Sea or the anxious Baltic Sea, that leaders in the Kremlin and the White House would have just a scarce few minutes to find a resolution, and so save the planet from total destruction.