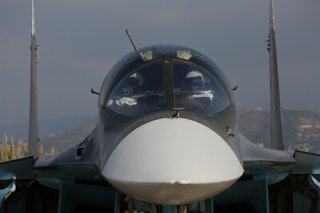 There can be no military victory for the contending parties, internal and external, in Syria. But a political settlement will remain elusive unless they rethink their current strategies, which they show no signs of doing. The Russians are sticking with Assad (or certainly the Ba’athist state). The Turks and Saudis are determined to back radical Islamists if that’s required to oust him and to foil Iran. The United States continues to believe—against all evidence—that “moderates” can still prevail, but meanwhile, inexplicably though inadvertently, advances the Ankara-Riyadh agenda, which cannot possibly serve American interests.

Rajan Menon is Anne and Bernard Spitzer Professor of Political Science at the Colin Powell School of the City College of New York / City University of New York and a Senior Research Scholar at the Saltzman Institute of War and Peace at Columbia University. His most recent book (coauthored with Eugene B. Rumer) is Conflict in Ukraine: The Unwinding of the Post-Cold War Order (the MIT Press, 2015); his next book, The Conceit of Humanitarian Intervention, will be published by Oxford University Press in 2016.