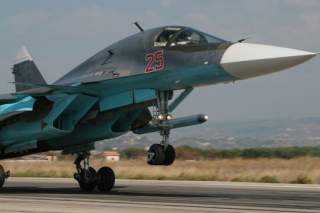 Dennis Ross rightly notes that Vladimir Putin now has the ears of Middle Eastern leaders despite the fact that Russia’s forces in the region are dwarfed in number by their U.S. counterparts. This is in large part because the Russians promoted the now prevailing perception that Moscow is willing to become involved in regional conflicts while America is pulling back. Most recently, Russia celebrated the retaking of the ancient city of Palmyra from Islamic State/ISIS. Despite revelations that cast doubt on Russia’s military achievements in Palmyra, negative reports were overshadowed by Moscow’s resourceful use of public relations.

Although the future of the war in Syria is uncertain, what remains clear is that Russia is fighting a hybrid war, combining its military, diplomatic and media capabilities to achieve its goals using limited armed engagement.

It is true that Russia has experienced some successes on the Syrian battlefield, but these victories are far from establishing Moscow as the new power broker in the region. Russia’s achievement on the ground hinged mainly on the morale boost its backing gave the Syrian Arab Army. This allowed pro-regime forces to perform better in combat, while simultaneously weakening the resolve of rebel forces determined to depose the regime. By launching thousands of airstrikes, Russia has also effectively managed to stabilize a regime that was losing territory in the summer of 2015, and helped the Syrian regime push towards Aleppo and its surrounding towns by the end of the year.

However, when comparing maps of the current situation in Syria to the situation in Syria prior to Russian intervention, Assad’s territorial gains with Moscow’s backing appear negligible. Also, the intervention has yet to put an end to the regime’s setbacks; in just the first week of May 2016, regime forces lost the Shaer gas field to ISIS and the strategic town of Khan Touman to the Al Qaeda affiliate Jabhat al-Nusra. The week prior witnessed the disastrous Russian airstrike on a hospital in Aleppo that killed over fifty innocents. Furthermore, thousands of Russian sorties over the course of eight months have yet to bring about the realization of Assad’s major strategic objective: taking Aleppo.

On the diplomatic front, Russia was seen as a promoter of a political negotiations between the regime and the rebel coalition, and as a backer of a truce between the sides. Yet these efforts did not yield a viable peace process and produced an unstable truce.

Palmyra is a prime example of Moscow’s modus operandi in Syria, in which successes on the battlefield, no matter how marginal or questionable, serve as grounds to promote Russia’s image of success. Damascus and Moscow highlighted the Russian role in the campaign: President Bashar al-Assad said that the Russian air support was “essential,” and the Kremlin’s spokesman said that “regaining Palmyra would have been impossible without Russia’s support.” This achievement received particular celebration due to the city’s historical significance and the devastation that ISIS unleashed on its antiquities.

However, recent revelations from Sky News indicate that Assad’s conquest of Palmyra may have been more an act of collusion than conquest. ISIS defectors claim that “Palmyra was handed back to government forces by Islamic State as part of a series of cooperation agreements.” While not authenticated, this claim is believable, considering the Syrian regime’s long history of partnering with jihadists when convenient: serving as a conduit for jihadists fighting the U.S. occupation of Iraq, the release of Muslim extremists from Sednaya prison in 2011, and an oil trade between ISIS and the regime valued at up to $40 million per month. Such a claim should be devastating for Russia, as one of the major achievements in its campaign against rebel groups has now been called into question. Beyond that, claims that the Syrian regime is coordinating with ISIS should embarrass the Kremlin, which legitimized its military intervention as a campaign to fight Islamic extremism.

Yet this report has not affected the general perception of the battle of Palmyra. Russia’s technique of narrative construction and control through its international media outlets (Sputnik and RT) allowed it to exclude these accusations from its triumphalist narrative. This was fairly easy, since the reports could not be corroborated. Instead, Russia celebrated its victory with a performance of the Mariinsky Orchestra at Palmyra’s Roman theater. The concert was full of symbolism—conducted by the renowned Russian conductor Valery Gergiev; featuring Putin’s close friend, cellist Sergei Roldugin; and dedicated to the archeologist Khalid al-Asaad, who was murdered for refusing to lead ISIS fighters to the city’s hidden antiquities. Putin appeared on a video link to address the audience, which included Russian and Syrian military men, some Syrian civilians, and Western reporters. The message was clear: Russian bravery and resolve place it on the right side of history in protecting Western civilization, embodied by a World Heritage Site, from the barbaric caliphate.

The ability to successfully wage a hybrid war is partly due to Russia’s decision to operate in areas of relative advantage, like Syria. This arena, which the U.S. president has regarded as an unwinnable theater, allowed for marginal successes to garner much admiration. Coupled with a well-coordinated media campaign, Russia was able to keep deployment and engagement limited and remain evasive about even the most basic understandings of this intervention. Its approach allowed the Kremlin much flexibility with the narrative it promoted through its well-organized international media machines.

This hybrid offensive has undoubtedly been effective thus far, as the Western and Middle Eastern media continue to admire Moscow’s entrance into the region.