Russia's Moment of Crisis: Moscow Might Be Down, but Not Out 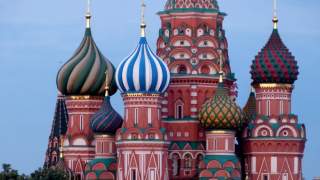 Western commentators reporting on events in Russia have a tendency to swing from one extreme to the next. Seven months ago, when oil prices were high and the Kremlin had seemingly amputated Crimea off from Ukraine without firing a shot, the narrative was about an unstoppable Vladimir Putin who would soon be overrunning all Eastern and Central Europe. Today, he is being placed on deathwatch, with prognosticators speculating about precisely when the Russian economy will collapse and Putin will be overthrown. With the precipitous fall in the value of the ruble—something a major interest-rate hike by the Russian Central Bank seemed unable to reverse—some pundits are even crowing that the Ukrainian hryvnia is doing better than the Russian currency.

It helps to step back and put the larger picture in perspective. The hryvnia is the currency of a country facing a major contraction in its GDP and on the verge of bankruptcy; investors are gambling that beyond the $27 billion aid package from the International Monetary Fund, the European Union and the United States will fund an additional $15 billion bailout. Ukraine's energy supply is also quite tenuous, depending on a fragile agreement brokered with the Kremlin and conditional upon prepayment for supplies. Take out any of these factors from the equation and the hryvnia looks much less attractive as a bet.

The collapse in global energy prices, the impact of Western sanctions and the free fall in the ruble's value are all quite serious economic problems for Russia. They will put tremendous strain on the Russian government and may even force radical revisions in some policies. But to assert that Russia is on the verge of collapse seems a bit premature. Moreover, Putin believes that he can ride out the short-term turbulence without having to make serious concessions to the West.

The ruble is losing value because both investors, as well as ordinary Russians are looking to lock in whatever they can salvage from the value of their savings. A seventy-year-old Russian will have lived through a series of currency devaluations in his or her lifetime (the introduction of "new rubles" in the Khrushchev era or the massive inflationary wave that came as a result of "shock therapy" in 1992). The current ruble is not backed by gold or oil and it freely floats, so, given worries about whether one's 2013 rubles will be worth less than half of that value in 2015, it is not surprising that the run has accelerated as people seek safer storehouses of value for their currency holdings—which even a major interest-rate hike on the part of the Russian Central Bank is not sufficient as an incentive for keeping rubles. As the ruble loses value, imports become much more expensive—meaning that not only luxury goods, but a wide range of daily consumer products, including many foodstuffs, will become pricier. People will either have to do without—something that can fuel popular discontent over time—or the Kremlin will push for wage increases, creating the possibility of a destabilizing inflationary spiral. More ominously, Russian companies who borrowed funds for corporate expansion denominated in dollars or euros, but whose businesses are largely paid in rubles for their goods and services, are witnessing their debt burdens nearly double at an instant.

The collapse in energy prices is also problematic. It directly impacts the amounts available to the Russian treasury for what might be termed "safety spending"—massive developmental projects, the transfer of welfare payments to restive areas of the country like the North Caucasus, the equalizing of pensions and salaries in the newly-acquired Crimea. It also forces cutbacks in social spending, and we have already seen protests of potential cutbacks and changes in health-care policy. When oil and gas prices were high, the Kremlin could propose a massive new spending spree for defense without having to jeopardize the "butter" side of the equation—one of the trade-offs that helped doom the USSR. Now, with diminished revenues, the fight begins over what part of the rearmament program or which set of welfare payments will be cut to try and balance the books.

Finally, sanctions are having an impact because Western investment in Russia has been put on indefinite hold. Indeed, companies are postponing transactions that right now would still be legal for fear that they may be negatively impacted by future sanctions decisions. Deals that were grandfathered in (such as contracts for drilling in the Arctic ocean) or arrangements such as prepaying for future oil deliveries have been cancelled or suspended—depriving Russian firms of needed investment cash.

But while the Russian economy has been battered and is certainly down, it is by no means out. A number of major Russian exports—starting with energy, but also encompassing nuclear power equipment and arms—are paid for in dollars or euros. Even with lower global prices for oil and natural gas, the depreciation of the ruble has meant that the expenses of such companies—wages, payments for domestic goods and services and so on—counterbalance the fall in prices, because Western exchange now buys many more rubles.

Russia also has not lost its natural-resource endowment. We can expect if the ruble continues to slide or be unstable that there will be an increased effort to mine and hold greater reserves of gold, diamonds and platinum and to use those stockpiles to maintain and even expand foreign currency reserves. Energy is also a hidden trump card. With EU-Russian relations at an all-time nadir, European efforts to push Russia to equalize domestic and foreign prices for energy (so that Russian consumers would have to pay nearly the same price as Europeans for energy) will get nowhere—especially now that Brussels' opposition helped to scrap the South Stream pipeline. In the past, Russian industry benefited from being able to pay much cheaper prices for energy and passing those savings along to consumers around the world.

People around Putin like Russian deputy prime minister Dmitry Rogozin are hoping to turn this crisis into an opportunity. By making many key imports from Europe too expensive, they hope to deliver a double blow: a shot in the arm for domestic reindustrialization efforts and to create some pain for European economies which have depended on the growth in Russian demand (both industrial and consumer) for their goods. They believe that an appeal to nationalism will rally the population in the short term to endure a degree of austerity and that, given the cover of the ruble's collapse, Russia can engage in domestic protection of its industries without falling afoul of its World Trade Organization commitments. The gamble is that Europe's own recovery will stall and that Ukraine's economic situation will become untenable, forcing both Kiev and the EU to consider reaching a compromise settlement with Russia.

There are two additional wildcards. The first is what happens in 2015 to energy prices. One good geopolitical crisis in the Middle East or a renewed burst of major instability in a key producer that takes an important chunk of daily production off the market (as, in the past decade, happened in Libya, Nigeria or Venezuela) and prices tick back upwards. Another black-swan disaster (another nuclear accident a la Fukushima or a major environmental catastrophe laid at the feet of fracking) would be a boon to Russia's markets. Even a modest recovery in energy prices a few months down the line will do much to alleviate the current crisis.

The second is the response of the Asians. Economic crisis makes the Russians more willing to compromise their demands, especially with China. With Western imports becoming more expensive, China may sense an opportunity to push ahead with a more favorable ruble-yuan exchange rate because with the current peg to the dollar, even Chinese exports to Russia would become more expensive. President Xi Jinping may be more willing to extend an economic lifeline to Russia as a way to preserve Chinese equities. And Japan remains a cypher. Putin's nationalist bonanza in claiming Crimea may give him the maneuvering room to cut a deal with Japan that would see some concessions to Tokyo over the disputed islands—allowing Prime Minister Shinzo Abe to burnish his nationalist credentials—and in return, increasing Japanese investment and support to the Russian economy. The islands question will surely be on the agenda of the working group planning Putin's 2015 visit to Japan.

The real question, in the end, is whether Western analysts have miscalculated the fundamental political bargain in Russia. Many of us assumed that the relatively free hand Putin had in shaping domestic political life was predicated on the promise of high standards of living. Certainly among some of the middle class, we have seen definitive rumblings—but whether that is sufficient for forcing change is not at all apparent. We are now seeing a test as to the real sources of the government's legitimacy. Are people willing to be poorer for the sake of maintaining Russia as a great power?