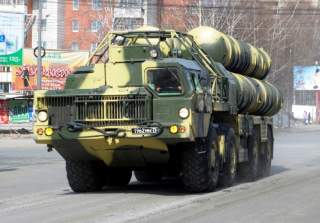 While NATO is resolute in efforts to deter Russian assertiveness in its eastern flanks, Russia has embarked on creating a joint regional air-defense system with Armenia, in response to the Atlantic alliance’s movements in the eastern periphery of the Black Sea. The agreement of the United Regional System of Air Defense in the Caucasian Region of Collective Security was designed to enhance Russia’s air denial and control capabilities. The document constitutes the subordination of Armenian air-defense assets under the operational strategic command of Russia’s Southern Military District.

The establishment of a joint air-defense system emerges as a complementary element to reinforce the Russian anti-access/area denial (A2/AD) strategy in the Black Sea domain. Such approach has been adopted in light of the deterioration of the relationship with NATO following the Russian annexation of Crimea in 2014. In terms of contestation with the West, Putin’s A2/AD strategy refers to the potential use of antiaircraft and antiship weapons to impede the movement of NATO forces in reinforcing Allied territory.

Although financial and technological difficulties appear to limit Russia’s options for an effective response to NATO’s defense and deterrence strategy implementation, there are also objective political obstacles that Moscow faces. A case in point: Georgia’s aspiration to integrate into the Euro-Atlantic space signifies geographic hindrances for effective military-political domination by Russia in the Black Sea’s northeastern flank.

In such a prism, Moscow seeks to drag into the concerted military activities its regional client state—Armenia. Armenia is a member of Moscow-led Collective Security Treaty Organization. Its security ties with Russia are also underpinned by bilateral agreements reached with Moscow in 1995 aimed at deploying and maintaining a major Russian military contingent involving the 102nd base in Gyumri and an airbase near Yerevan. These particular units constitute an integral part of Russia’s Southern Military District, along with the North Caucasus Military District, the Black Sea Fleet and air-defense units in Crimea, as well as the bases in South Ossetia and Abkhazia. The robust integrated air defense with Armenia will fortify the operational abilities of the Southern Military District—thereby reinforcing the Russian A2/AD portfolio in the region.

From NATO’s perspective, Russia’s improvement of A2/AD capabilities in Crimea is of particular concern, as it is designed to disrupt NATO infrastructure enhancement. With regards to Georgia, Moscow’s initiative to absorb the Armenian air-defense system, combined with Russia’s military buildup in breakaway regions, will likely engender additional apprehension in Tbilisi.

It is agreed that the integrated air-defense system was given a “separate region” status to codify Armenian air space. In compliance with the accord, the parties will allocate the assets of the air-defense system for carrying out collective security control “of the region”, which implies that Russia managed to institute a “system of control” upon the South Caucasus air space.

Initiated in late 2015 in Moscow, where the preliminary accord was signed by Armenia’s Minister of Defense Seyran Ohanyan, the united air-defense system poses as a constitutive mechanism of collective defense based on hierarchic principles. As such, according to the paragraph 6, the strategic command of the integrated collective air-defense system in the Caucasus will henceforth be a duty of Russian Aerospace Forces’ supreme commander in case of “potential threats.” In the context of Russia’s new military doctrine, any activity by NATO in Eastern Europe—not to mention partnership programs with post-Soviet states—is perceived by Moscow as a potential threat to Russia’s interests. For that reason, the following weeks, ahead of the upcoming NATO summit in Warsaw, Armenia’s parliament should ratify the accord, formally putting the united air-defense system with Russia in place.

Amidst the rising standoff between the West and Russia, Armenia has become increasingly isolated given the continued pressure by Moscow to abandon the integration course with NATO and the European Union. As a consequence, the cooperation sustainability with NATO has been violated, while the relations with the EU have run into crisis. Against this backdrop, Yerevan’s bid for a joint air-defense system with Russia will likely entangle Armenia in Moscow’s activities to limit the operability of NATO in the southern sphere.

What is more important is that in some circumstances, in compliance with this agreement Russia acquires access to air defense assets stationed in Armenia. Armenia is in a possession of a range of surface-to-air missile systems including a few battalions of relatively advanced S-300PS (NATO reporting name SA-10 Grumble) that are also in operation in the territory of Nagorno-Karabakh’s self-proclaimed republic.

In addition, in late 2014 Russia deployed a battalion of S-300B in its 102nd military base, which also increases the risks for Armenia and Georgia, in effect implicating these states as objects in regional contestation with the opponent.

Akin to the similar agreements with Belarus (2009) and Kazakhstan (2013), joint Russian-Armenian air defense entails area access denial components and at least will complicate the Georgian defensibility boost. The set of “system of control” due to deny the skies is taking place in combination with antiship missile systems and short-range ballistic-missile strike forces that are being stationed in Crimea, Abkhazia, South Ossetia and Armenia. All these measures applied by Russia altered the security environment dramatically, posing significant challenges to the United States and NATO for further power projection in the region. Thus, the Kremlin initiative to subordinate Armenia's air-defense capabilities is likely to increase the risks in the Black Sea security environment. The way Russia treats such agreements with the CSTO allies invokes the principles of the Warsaw Pact. According to the latter treaty the strategic command of all allied armies belonged to Moscow. Seemingly, the Kremlin’s policy-makers are endeavoring to map out the same hierarchic structure in the cases of Armenian, Kazakh and Belarussian armies.

At this particular juncture, the step-up of practical security-cooperation efforts drawing Georgia and Armenia under the auspices of NATO could potentially derail Russia’s intentions to cement its influence upon Armenia’s military. Meanwhile, the United States, coupled with NATO’s new programs for boosting the regional stability, may pose as an alternative to Russia, increasing Armenia’s maneuverability. The strict necessity to diversify the defense ties with Russia, given the Moscow’s ambivalent posture upon implementing the ally commitment vis-à-vis Armenia, triggered strong disaffection within Armenian military circles. As a matter of fact, the Armenian government appears reluctant to ratify such agreement with Russia. However, as some Armenian parliamentarians allude, in case of delayed ratification, Moscow might put pressure on Yerevan, delaying the delivery of military equipment in response.

Finally, in order to divert the potential threat for Georgia’s security, emanating from the united air-defense system establishment, the bilateral agreement on specifically this task between Tbilisi and Yerevan is of paramount importance. Such an agreement might have reassuring elements that both states are committed not to be engaged in activity that could potentially affect each other’s security and defense.

Eduard Abrahamyan, PhD, is defense and regional security analyst and scientific researcher at the University of Leicester, UK. His expertise is on NATO’s strategy evolution and adaptation in the Eastern Europe and Black Sea regions. He is also an Executive Board Member of the Washington-based “Policy Forum Armenia” think tank. This text was prepared for the UK-based Institute for Statecraft.