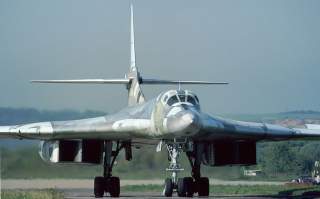 Russian President Vladimir Putin has not been shy in brandishing his country’s nuclear weapons. Not since Soviet Premier Nikita Khrushchev boasted of “producing missiles like sausages” and issued his warning to Western ambassadors that “we will bury you” has the world been subjected to a leader in Moscow so loudly rattling his nuclear saber. With U.S.-Russian relations continuing to deteriorate and worldwide nuclear arsenals still holding some 15,700 warheads and bombs, it is all the more important to deliberate on guidelines for effectively dealing with such conduct.

Since the Ukraine crisis, Putin has explicitly reminded his audiences of Russia’s large nuclear arsenal and, following the seizure of Crimea, he declared that he had been ready to put Russian nuclear forces on alert. He has also gone out of his way to herald the production of new nuclear missiles and bombers, and has authorized active, and sometimes reckless, nuclear-capable aircraft activity on the periphery of NATO. And he has apparently authorized the testing of ground-launched cruise missiles that violate the 1987 Treaty on Intermediate-range Nuclear Forces.

The nature of international relations has been fundamentally altered by the development and deployment of nuclear weapons. Their use in war now poses a much more imminent threat to civilization and even to life on our planet than does climate change. Nuclear threats, however empty, cannot be taken lightly, and increasing reliance on nuclear weapons cannot be considered an acceptable option.

The recent book release of “Nixon’s Nuclear Specter” by Jeffrey P. Kimball and William Burr provides a useful reminder that the United States also engaged in nuclear bluffing and posturing during the Cold War—and domestic politics was often part of the calculus. Most of Washington’s risky moves—such as concocting a nuclear alert in 1969 to induce the Soviets to pressure North Vietnam for concessions in the peace talks—were remarkably unsuccessful in achieving their objectives.

Objectively perusing such histories of the nuclear age can inform our thinking about how current challenges with Russia should be addressed. Doing so prompts several behavioral guidelines:

·      Soberly assess the military implications of the nuclear threats issued

Most of Putin’s nuclear maneuvers are less significant militarily than headlines would have you believe.

In early June, for example, President Putin trumpeted the news that Russia would deploy forty new ICBMs in 2015 with multiple, independently-targetable reentry vehicles (MIRVs), but that number was actually lower than the figure he had used last December. Moreover, even if this were a net increase—unlikely because older systems are being retired—it would leave Russia’s deployed ballistic missile totals well below both U.S. levels and the 700 limit allowed under the New Strategic Arms Reduction Treaty (New START). Adding newer MIRVed missiles might permit Russia to reach New START’s 1,550 limit on deployed warheads and bombers as its 10-warhead SS-18 ICBMs are retired, but it would not increase its target coverage of NATO countries.

Press coverage in both Russia and the U.S. featured pictures of the sleek swing-wing bomber, the largest in the world, but the fine print left a different impression. The decision to build more of the Cold War-era bombers was reportedly necessitated by slippage in the schedule for replacing them with a fifth-generation system, the PAK DA. The new Tu-160s would start rolling out around 2023, allowing Russia to maintain viable bomber forces (including cruise missiles) through the decade, but these forces would be less numerous and less capable than those envisioned for the U.S. bomber leg.

It is important not to overreact when Russian military gestures are made for mostly symbolic reasons or for managing domestic politics. Moscow often appears intent to goad the West into a response, which can then support Russia’s narrative that it is the victim and not the cause of belligerence and tension.

Accordingly, NATO has been wise to so far resist the urgings of some in the West to deploy nuclear weapons onto the territories of its eastern-most members or to assume NATO-like defense obligations toward Georgia or Ukraine. Likewise, Russian testing (not deployment) of banned INF ground-launched cruise missiles has been the subject of private talks and public rebukes, but it has not (yet) provoked counterproductive military deployments of comparable systems.

As Deputy Undersecretary of Defense for Policy Brian McKeon put it in March, the United States “need not respond symmetrically to every Russian provocation. In particular, there is currently no need to expand the role for U.S. nuclear weapons, or to change our nuclear posture.”

It was a serious mistake to curtail NATO-Russian military contacts for political reasons at a time when such contacts are more important than ever to prevent unintended military incidents and avoid misunderstandings. Rather than severing links to signal political opposition to Russian aggression, such contacts should be fully exploited to keep a lid on the situation.

It was also a mistake not to fully utilize treaty compliance issue resolution mechanisms like the INF Treaty’s Special Verification Group. Rather than reflexively aping irresponsible and hostile nuclear gestures by Russia, the United States should energetically search for creative ways to enhance dialogue and stimulate productive exchanges.

As suggested in an April 2015 report of the U.S./German/Russian Deep Cuts Commission, NATO and Russia should reinitiate military-to-military discussions on practical measures to avoid dangerous incidents, particularly between nuclear-capable military forces. The report also suggested offering transparency measures regarding U.S. missile defense installations in Poland and Romania to address INF Treaty compliance concerns voiced by Russia. This would increase pressure on Moscow to offer the United States similar and reciprocal access to address Washington’s compliance concerns.

Even in the nuclear age, international affairs is more multidimensional than the chessboard model implies. Moving nuclear pieces on a nuclear chessboard is therefore not the best metaphor for devising responses to Putin’s nuclear maneuvering. There are no winners in nuclear chess; each player ends up in checkmate.

Numerical advantages in nuclear arsenals confer little to no advantage between nuclear weapons states. Even when one state has a nuclear monopoly over another, it cannot necessarily impose its will, as the United States discovered in Vietnam and the Soviet Union discovered in Afghanistan.

Today, the United States deploys some 1,900 strategic nuclear warheads, of which about 900 could be delivered within minutes of a launch order by the U.S. commander-in-chief. The use of even a “limited” number by either side risks the total annihilation of Russia, the United States, and America’s NATO allies. As President Reagan once said: “A nuclear war can never be won, and must never be fought.”

Despite these realities, nuclear weapons have lurked in the background of current crises with Russia, raising dangers without conferring additional power to the holders of the weapons. The military threat posed to Ukraine has been conventional, not nuclear. As Gen. Philip Breedlove, the head of U.S. European Command, told the Senate Armed Services Committee on April 30, “the security situation in Europe is less stable, but it's not based on the nuclear piece….That’s not what worries me.”

For NATO’s easternmost members, the pressure exerted by Moscow has been more psychological and economical than military. The utility tools are not nuclear weapons, but economic clout, soft power, and tangible evidence of political commitment.

If the international community is to avoid the “drift toward unparalleled catastrophe” foreseen by Albert Einstein with respect to the possession and spread of nuclear weapons, the United States will need to continue seeking to deflect the nuclear bluster of Vladimir Putin rather than respond in kind.