Russia's Plan for the Middle East 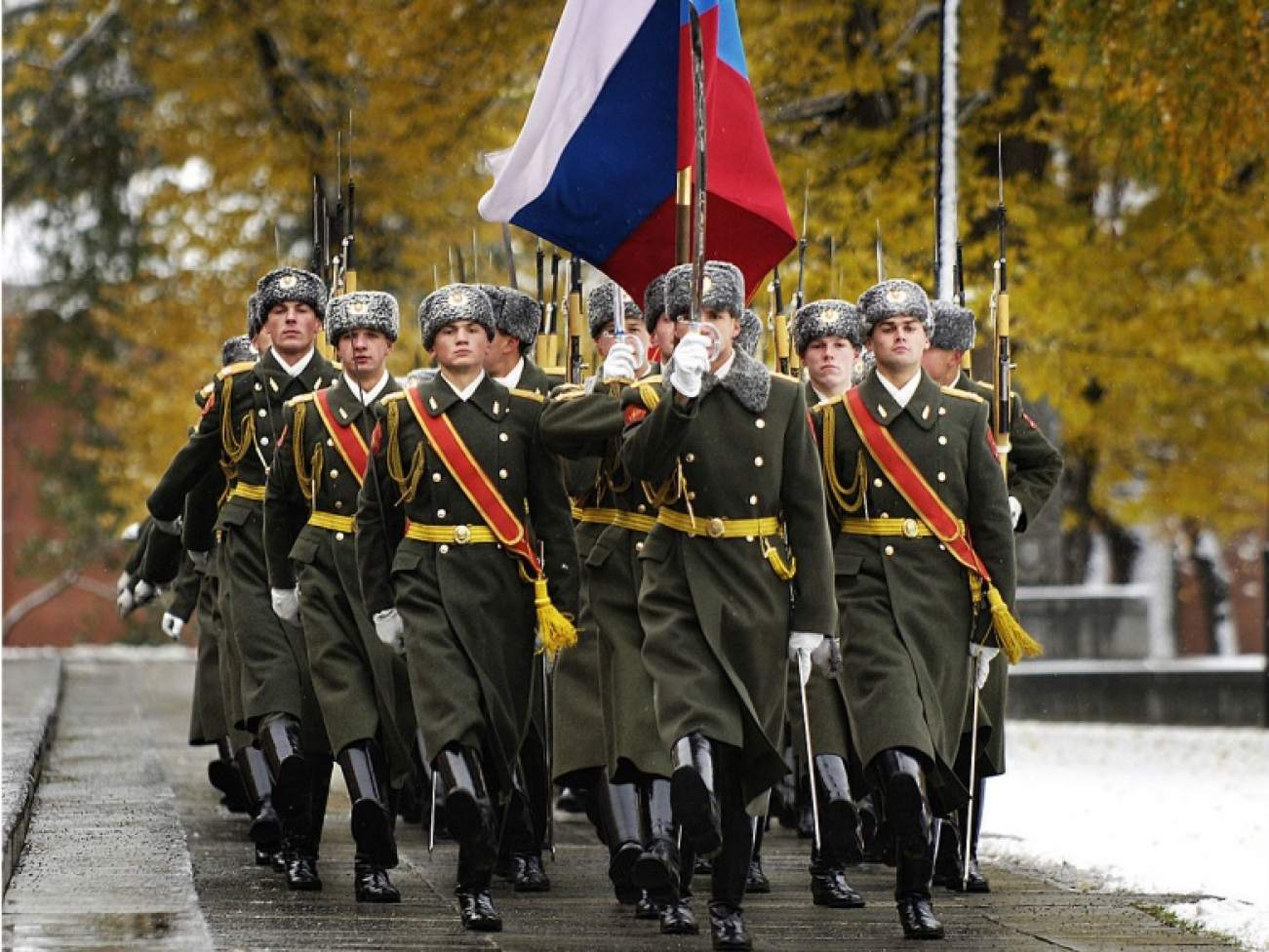 In 2015, Moscow set an important precedent for its foreign policy when it decided to launch a large-scale operation outside of what it considers Russia’s “backyard.”

Moscow’s activity in the Middle East has been on the rise in recent years, but its decision in late September and early October to strike in Syria came as a shock to many. The Kremlin used its air and missile operations—carried out with sophisticated weaponry and in an impressive manner—to demonstrate that Russia is a modern military superpower with a global reach.

Whether Russian covert operations for Assad’s army or the 5,240-plus mission flights it has launched—including 145 flyouts of strategic missile-carrying and long-range bomber aviation—were game changers on the ground is still an issue that is debated even within the Russian expert community. Nevertheless, Moscow’s coordinated efforts with regional governments, as well as targeted strikes on key assets of terrorist and rebel groups, accomplished two politically important objectives for Moscow.

First, they pushed all the interested players to deal with the Kremlin, which can no longer be treated as “isolated.” Some, such as the Gulf states and Syrian opposition groups, criticize Moscow sharply in public but continue to work behind the scenes through multiple channels. This trend will likely continue to develop as Saudi Arabia becomes one of Moscow’s major Gulf negotiating partners. Others, like the Obama administration, while continuing to disagree on President Bashar al-Assad’s role in the Syrian conflict, have cooperated with the Kremlin on technical issues and matters of mutual security. For instance, even though a confrontational spirit still dominates the relationship, Moscow and Washington are now actively involved in sorting out the groups that should be blacklisted as terrorist from those that can become a part of a future political process in Syria.

Second, Moscow’s actions have managed to shift some Western elites’ perception of Assad, especially when contrasted with the rapidly growing threat of the Islamic State. While the Paris atrocities and the shootings in California helped make ISIS the primary concern, Moscow’s military operations in Syria firmly positioned the Kremlin as a leader in the anti-ISIS campaign. It has become clear that including Russia is far more profitable, both politically and operationally, than marginalizing it.

All of those developments, however, must be sustained. Given that there are about 150 groups currently on the ground in the Syrian crisis—and the different amounts of leverage that Moscow, Washington, Riyadh, Doha and Tehran have with their respective proxies—practical implementation of a political transition may be impossible. Nonetheless, Moscow’s intent to bring the conflict into the political realm as soon as possible seems real and understandable; carrying it out militarily is a politically costly and demanding enterprise, especially when acting alone.

Rhetoric aside, Tehran and Baghdad are tactical partners; few seriously believe they would be willing to help shoulder whatever burden the Russians bring to Syria. Moreover, in his annual question-and-answer session, President Vladimir Putin expressed doubts that Russia needs a full-fledged military base in Syria. Reading between the lines, this means that Moscow is not willing to make long-term security commitments in Syria—at least without clear gains of its own. Nor does it want to get bogged down in regional spats, although the situation Russia now finds itself in suggests quite the opposite.

Moscow is not looking for a face-saving exit strategy at this point, but rather one that would allow it to emerge victorious. The Kremlin is likeliest to pursue a Syrian political transition in which Moscow has an equal say with Washington, and its ideas are well-heard and implemented. If the current level of limited cooperation continues between Moscow and Washington, and if the Kremlin doesn’t see any factors threatening to unbalance its accomplishments—such as foreign ground troops—Russia will likely become more cooperative, including on issues regarding Assad’s departure.

The turbulent nature of the conflict and the region in general, however, leaves plenty of room for “thunderheads”—uncalculated risks and unexpected developments in the region or elsewhere that can complicate Russia’s strategy. The spiraling confrontation between Iran and Saudi Arabia is an example. Most of those who advise the Kremlin on the Middle East believe that the ongoing spat between Saudi Arabia and Iran is fundamentally a bitter regional political rivalry which is reinforced by the ideological divide between Sunnis and Shia, not the other way around. The rupture of diplomatic ties merely institutionalized the mutual non-admittance and antagonism that has long found expression in proxy wars across the region.

Therefore, contrary to the popular opinion that Russia will interfere on the side of Iran, Moscow will most probably take a neutral stance—despite its strong language condemning Saudi Arabia’s killing of Sheikh Nimr al-Nimr. But what worries Russia is that a crisis would push Moscow and Washington to make bold moves in the region—one area where coordination between the two capitals is unlikely and the consequences may therefore be dangerous. Besides, if focus moves to the Sunni-Shia nature of the regional conflict, there’s a real risk that ISIS could have a respite from the pain it has recently felt, if not a chance at rebirth as a quasi-state with a violent and populist ideology. With the news that Daesh has obtained surface-to-air missile technology capable of downing civil and military aircraft, fighting the Islamic State becomes even more of a challenge for both Russia and the United States.

On a bilateral level, Iran will remain an essential counterpart for Moscow in the war in Syria and the post-war settlement, even though the two states’ interests are not identical. Neither do they completely share interests elsewhere in the Middle East, so their cooperation will continue to be substantial but limited to issues of security. Moscow and Tehran continue to be compelled adversaries and pragmatic allies. Should Iran be relieved from the U.S. sanctions regime over the course of the year, and pursue a more robust policy on the energy market, their relations in 2016 will be marked by more adversity than friendship.

Russia’s relations with Turkey will most likely deteriorate further, and could indeed become a major spoiler to a U.S.-Russia settlement on Syria. The initial round public outrage after the downing of the Russian plane, another “thunderhead,” died down eventually.  But in the Kremlin, it continued to dominate Moscow’s policy vis-à-vis Ankara. In part, this has to do with the genuine feeling of personal betrayal that the Russian president experienced from the shoot-down, which grew—rightly or wrongly—into an understanding that the current Turkish government is inclined to provocative policies. Turkey, for its part, turned out to be the only player that voiced its disagreement with Russia’s actions through open hostilities of its own. The feeling of resentment, mixed with wounded vanity and a (quite legitimate) sense of insecurity, could drive Ankara toward more aggressive posturing and militarized unilateral actions in its own near abroad. Russia will act on this perception in dealing with Turkey from now on.

Moscow will most likely try to restore its ties with Egypt, a country for which it has had special intentions as a regional partner since the removal of the Muslim Brotherhood. Relations with Egypt cooled off after the explosion of the Russian plane over the Sinai Peninsula. Since Moscow and Cairo disagreed over the nature of the accident, with the Egyptians insisting it was not a terrorist attack, Moscow unilaterally suspended Russian tourism to the country and halted what had been a fast-developing economic and military partnership. Nevertheless, Egypt remains an important regional player on Russia’s radar screen, and Moscow hopes to win Egyptian support for its initiatives in the region. Above all, it fits into another major goal for Russia’s Middle East diplomacy in the upcoming year: restoring its image among the region’s Sunni states. Perception of Russia as pro-Shia has become rampant in the region since the start of its campaign in Syria. This has seriously limited many policy options for Moscow, and the Kremlin feels a need to reverse the trend. Soft power projection will consequently become an important facet of Russian foreign policy in the Middle East.

Israel may be another topic for Moscow to cautiously explore in 2016. The Israeli-Palestinian talks have become increasingly dysfunctional over the past year; should Moscow feel it has ideas for nudging them along, and senses support for such a nudge, it may become more active diplomatically. But Moscow views Israel in a broader context—as a country with serious military and intelligence capabilities. It will most likely work with the Israelis across a wide range of the regional security agenda, mainly over cooperation on Sunni radical groups and a Syrian peace settlement, while keeping its contacts relatively low-profile.

At the end of 2015, the Kremlin forecasted and feared that 2016 would bring further political crises in Yemen, Lebanon, Libya and Iraq. Now, with Saudi-Iranian tensions worsening across the Middle East, this scenario seems much more certain. For its part, Moscow will continue to promote its grand vision for the Middle East as a region with a coherent security structure, which would let it cope with its own internal challenges and keep threats from bubbling up from the region, including into Central Asia and the Caucasus. The contours of the current conflict patterns in the region make this vision much harder to promote, let alone implement.