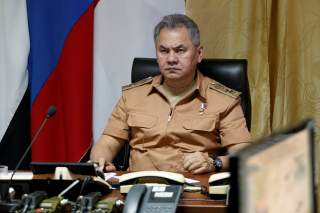 One aspect often overlooked in the analysis of the new Russian government is the dismissal of long-time Deputy Prime Minister Dmitri Rogozin. On May 18, Rogozin was replaced by former Deputy Defence Minister Yuriy Borisov, who was thus promoted to the position of Deputy Prime Minister for Defense and Space Industries. Since 2012, Borisov dutifully built bridges between the army and the defence industry (OPK). His new job will offer him more clout as a military-industrial overseer, reporting directly to President Vladimir Putin and to the Military-Industrial Commission.

Although a major reshuffle within the military industry, Rogozin’s dismissal only comes as a half surprise. Rogozin’s demotion seems radical, yet he was given a consolation prize with the position of General Director of Roscosmos. Rogozin was personally invested in the reform of Russia’s space industry during his tenure as Deputy Prime Minister. It is under his leadership that Roscosmos became a state corporation and that the Vostochny Cosmodrome was completed in 2016.

Rogozin will remain an influential figure in the military industry. He retained his functions of Deputy Chairman of the Military-Industrial Commission as well as Chairman of the Board of the Foundation for Advanced Research. Furthermore his son Alexey, who was nominated Vice-President for Transport Aviation within the consortium United Aircraft Corporation (OAK) in March 2017, will undoubtedly leave open doors.

On June 13, former Kalashnikov CEO Alexey Krivoruchko was appointed Deputy Defense Minister in charge of armament. Rumours had abounded in that direction since mid-May. Krivoruchko initially left his position of General Director of TransKomplectHolding (TKH, the majority shareholder in Kalashnikov) in late May and was replaced by Arkady Privalov, former Deputy General Director of Kalashnikov, on June 5. Krivoruchko also transferred his 50 percent stake in TKH-Invest (which owns TransKomplectHolding) to a trust fund, and also resigned from the direction of air rail link operator Aeroexpress on May 30.

Becoming a state official came at a price for Krivoruchko: as the largest private shareholder of Kalashnikov, he had to surrender the management of his business assets—officially to avoid a “conflict of interest.” Unofficially, legal schemes were probably put in place to allow his assets to be curated by third-party interests. Krivoruchko officially takes over Yuriy Borisov’s former job in the Ministry of Defence. He is the first civilian appointed to this position. Krivoruchko will be in charge of state interaction with the OPK, procurement oversight and state defence order fulfilment as well as military R&D financing.

The appointment of a civilian businessman to a top military position is likely to be welcomed with some resistance from Ministry of Defence brass, including Defence Minister Sergey Shoigu. Krivoruchko, however, enjoys the reputation of a seasoned manager in the military sphere.

A likely policy implication of the nominations of Krivoruchko and Borisov to new positions is the strengthening of the personal networks of long-time Rostec CEO Sergey Chemezov. Alexey Krivoruchko was appointed at the Defence Ministry with Chemezov’s blessing. Throughout his career, he spent some time in Rostec-owned structures (Rosoboronexport in 2006, AvtoVAZ from 2006 to 2009). Krivoruchko therefore represents a convenient entry point for Chemezov within the Ministry of Defence—a role Yuriy Borisov, considered a Chemezov protégé, also used to play there.

Trade and Industry Minister Denis Manturov is also considered close to Chemezov and a convenient lobbyist for his interests.

Network changes within the OPK do not bode well for Shoigu, especially since Chemezov has been lobbying against him and criticising his military leadership in Syria. Shoigu, however, is presently untouchable in the Russian system, as he enjoys a “special” relationship with Putin and is closely protected by him. Yet the strengthening of Rostec’s networks in military affairs might restrict his breathing room.

Recent reshuffles in the OPK are also likely to have direct industry consequences. The most evident is the emergence of Rostec as a “critical mass” inside the defence industry. Since its creation in 2007, Rostec has become an all-encompassing industry leader across all production segments, thus leading to a quasi-monopolistic “industry champion.” After going through a concentration strategy, Rostec is now actively taking over entire segments of the OPK as the result of an all-out external growth strategy, for instance in late 2016 when Rostec took over bankrupt UralVagonZavod and KurganMashZavod (KMZ). Since 2017, rumours have abounded that Rostec could absorb OAK and United Shipbuilding Corporation (OSK).

Mathieu Boulegue is a research fellow with the Russia and Eurasia Programme at Chatham House.