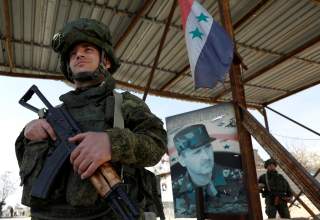 Leading a pack of nations, China and Russia, are contesting the global power of the United States. The once U.S.-led unipolar world is slowly yet steadily transitioning into a multipolar world. Nowhere is this development swiftly unfolding than in the greater Middle East where Russia and China are contesting American hard power (political and military power) and soft power (economic power).

At the heart of this hemorrhage of American power is the disarray of American allies who have made the application of American strategies an exercise in disillusionment. Since the collapse of the Soviet Union, the United States has harnessed hard and soft power in the greater Middle East, making Washington the kingmaker from historic Sind to historic Babylon. Nevertheless, the United States, notwithstanding its geopolitical blunder in Iraq, has been stricken over time and space by a myriad of local and regional conflicts among its allies, making it hardly possible to pursue a comprehensive strategy in the Middle East. Conflicted and tensional Kurdish-Turkish, Qatari-Saudi, Qatari-UAE, Egyptian-Turkish, Algerian-Moroccan, Israeli-Jordanian, and Lebanese-Israeli relations have pulled the structural-kinetic rug from underneath American diplomacy and strategy. In other words, notwithstanding the myopia of the Bush, Barack and Trump administration’s Middle East strategic visions, no Middle East strategy can work under hazardous circumstances, which are deeply affected by rivalry, historic disputes, and national security concerns.

In fact, following the U.S. invasion of Iraq in 2003, Russia has exploited to the hilt the U.S. incapacity to forge a realignment of its allied forces in the Middle East and temper the region’s conflicts and tensions. This Russian policy, born from the country’s global strategy to reclaim both a central role in global affairs and a sphere of influence, was both a response to and a growth of what Russians perceive a deliberate American attempt to threaten world stability and rein in Russia. In his address to the 2007 Munich security conference in 2007, President Vladimir Putin of Russia complained about American domination of global affairs and NATO expansion into the Baltics and accused the U.S. of destabilizing the Middle East.

As it turned out, Putin has made good on his desire to reclaim a paramount global role. His involvement in the Middle East in general and in Syria, in particular, has made Russia virtually a focal point for American allies trying to protect their national security. Turkey, concerned about Kurdish nationalism and revanchism, has worked with Russia to stabilize Syria. Kurds, worried about Turkish onslaught in northern Syria, have sought Russian protection from both Turkey and the Syrian regime. Lebanon has welcomed a Russian foothold by closing a deal with Rosneft, Russia’s state-owned oil company, to develop and operate oil facilities in the northern city of Tripoli. Besides becoming an actor in Lebanon’s potential energy sector, Russia is trying to secure Syria’s border with Lebanon by counteracting Tripolitan Islamist support for the Syrian opposition. In turn, Lebanon seeks to have Russia as a counterbalance to Iranian influence in the country. Concerned about another wave of popular demonstration against autocratic regimes, worried about incoming Salafi-jihadis to Sinai from Syria, and troubled by Turkish involvement in Libya’s civil war, Egypt has upgraded its military and political relationship with Russia. In addition to expanding counterterrorism cooperation, Egypt and Russia held first-of-a-kind joint military drills, dubbed Arrow of Friendship-1 that lasted from Oct. 27 to Nov. 7, 2019. Concerned about Iran and its proxy Hezbollah setting up military bases in southern Syria next to Israel’s border, Israel signed an agreement with Russia according to which Moscow will not only secure the Israel-Syria border but also prevent Iran from building military bases in southern Syria.

At the same time, Moscow and Arab Gulf capitals have been deepening their socio-economic relationships. No less significant, Arab Gulf leaders perceive deepening Arab-Russian relations as a counterbalance to Iran-Russia strategic cooperation. In October, during his first visit to Saudi Arabia and the UAE since 2007, Putin underscored his desire for better relations with the Arab Gulf by assuaging their fear of an Iran-Russia alliance against the Arab Gulf. “We build bilateral relations that rely on positive trends generated by our contacts; we do not build alliances against anyone,” he said. On the other hand, Oman, Kuwait and Iraq have, with some variations, positioned themselves at an equal distance from the United States on one side with Iran and Russia on the other. Ominously, Iraq has called for the withdrawal of U.S. troops in Iraq following the American assassination of Iranian Maj. Gen. Qassim Suleimani.

No doubt, Russia is attempting to have a say in the geopolitical realignment of the Middle East, provoked by instability, sectarianism and Iran-Saudi rivalry. It has been able to simultaneously support conflicted parties and project itself as a force of stability. In return, it has been able to exact military and political concessions. To be sure, its attempt is integral to its global strategy to curb U.S. hegemonic power by securing for itself an indispensable global role and a sphere of influence, not in the least in the Middle East. So far, it has been successful partly because Washington has failed to pursue a comprehensive strategy harnessing the composite power of its wrangling allies. The Trump administration’s maximum pressure policy on Iran is a case in point, whereby most of U.S. allies have for different reasons not toed the American policy line on Iran.

More specifically, Washington has acted more in the capacity of a judge than as a superpower in overseeing a region analogous to a perilous playground in which the state actors have unruly behaved like children. One could safely invoke the legendary Arabic proverb: “The Judge of children has hung himself.” No wonder then, Russia has made inroads in the Middle East at the expense of U.S. power.

Robert G. Rabil is a professor of Political Science at Florida Atlantic University and Francois Alam is an attorney at Law and Secretary General of the Christian Federation of Lebanon and the Levant. The views expressed in this article do not necessarily reflect those of FAU. The authors can be followed on Twitter at @robertgrabil and @francoisalam.