Russia's Supersonic Tu-160 Bomber Is Back: Should America Worry? 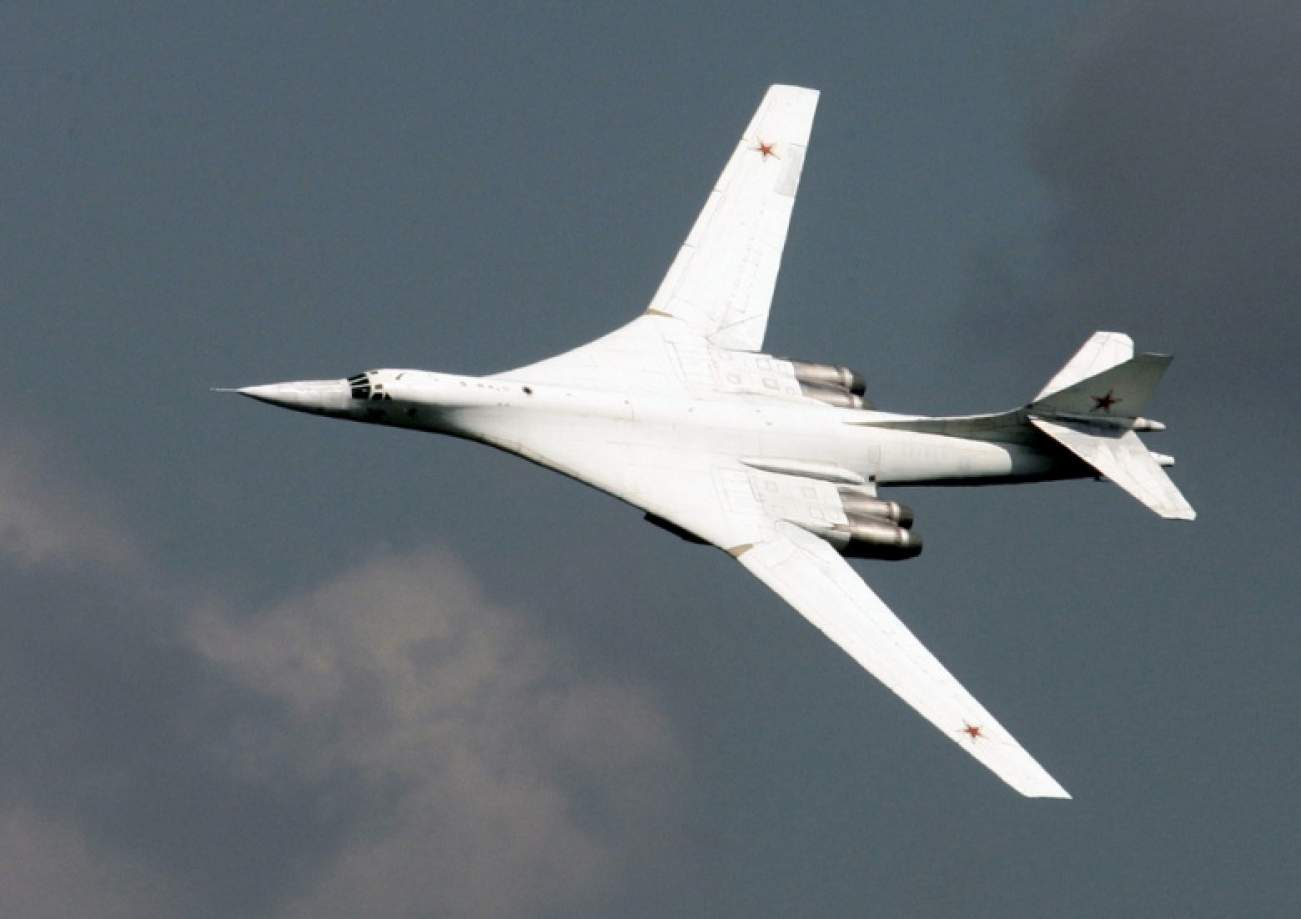 Russian defense minister Sergei Shoigu announced recently that Russia is going to begin production of the Tu-160, a Soviet-era bomber known as the “Blackjack.” The Tu-160 is a nuclear platform, basically something like the Soviet version of an American B-1 bomber: a big, heavy, swing-wing bomber meant to deliver nuclear weapons at long distances. The Soviets built about thirty-five of them in the 1980s, of which only fifteen remain in service.

So what does this mean to the strategic balance between the United States and the Russian Federation in 2015? In reality, it means absolutely nothing in military terms. As a political signal, however, Shoigu’s announcement is just the latest in a series of provocations. No American response is required and none would matter.

The Blackjack, assuming the Russians even manage to build any more of them, is a perfectly capable nuclear bomber that, in time of war, would fold back its swan-like wings and dart toward its targets at top speed. Once in range, it would launch cruise missiles that would make the last part of their journey low and slow under enemy radar. This is pretty much what all bombers would do in a nuclear war. (The one major advantage of the American B-2 is that it could penetrate farther into enemy airspace with less chance of detection.)

To worry about the extra capability of additional Blackjacks, however, requires believing that nuclear bombers matter at all in 2015. During the Cold War, when a “triad” of land, air and sea weapons were the guarantee against a massive surprise attack, both sides invested in various tripartite combinations of ICBMs, sea-launched weapons and bombers. In a massive first-strike, at least some of these weapons would survive and destroy the aggressor, which is why no one could contemplate doing it. (The Soviets likely did not contemplate it very seriously in any case. There’s an interesting declassified CIA report from 1973 you can read here.)

Today, no one seriously worries that the Russians or the Americans will, or can, execute a disabling first strike against the other. A “BOOB,” or “Bolt-Out-Of-the-Blue,” is neither politically likely, nor militarily feasible. The days when command and control, satellites and even strategic delivery systems themselves were all far more shaky are long gone. The ideological competition between two global systems, in which one would seek to destroy the other as rapidly as possible, is also over.

Moreover, the sheer number of strategic weapons isn’t up to the job. In 1981, the United States and the Soviet Union fielded a total of nearly 50,000 weapons against each other. Strategic targets, including opposing nuclear forces, numbered in the thousands. Today, in accordance with the New START treaty, Russia and America will only deploy 1550 warheads each. (Coincidentally, this week marks the fourth anniversary of New START.) Even if both sides were committed to a first strike, there aren’t enough weapons to do it: 1550 means 1550, and it doesn’t matter what platform—bomber, ICBM or submarine—is carrying them.

So why are the Russians even bothering to do this?

For starters, not everything is about us. The Russians have a huge nuclear infrastructure, and a military obsessed with symbols of nuclear power. Building more nuclear toys makes everyone happy: Russia’s nuclear military-industrial complex gets jobs and money, the military gets its nuclear security blanket, and Russian leaders like Shoigu and President Vladimir Putin get to thump their chests about holding back the nuclear savagery of Barack Obama. Outside of Russia, no one except nuclear wonks like me even know what a Tu-160 is, but Russians know of it and many are likely proud of it.

(Recommended: The Russian Army's 5 Most Powerful Weapons of War)

The part that is about us is more disturbing. The Russians, and Putin in particular, have decided to forego any further pretense of accepting the outcome of the Cold War. Some foreign-policy realists lay Putin’s aggressiveness at NATO’s door, and rightly point out that NATO expansion needlessly handed Russian nationalists a cause. But Putin, it should now be obvious, was never going to accept the Soviet loss. His feints at cooperation were unsustainable, and his Soviet-era nostalgia for the days of the USSR has reasserted itself with a vengeance. If Putin can’t get along with a U.S. president as passive and accommodating as Barack Obama, he can’t get along with anyone.

That’s why the United States has no play to make here, other than to remind the Russians of two things.

First, if we react to Shoigu, we should note only that the United States has a fully capable deterrent that cannot be destroyed, and that we have no interest in Russian bombers, so long as they do not exceed New START’s warhead limits. We do not need to create a new nuclear system, or start returning nuclear weapons to Europe. If Russia means war, they know it will end in 2015 the way it would have ended in 1965: with the destruction of most of Russia and North America, and the deaths of millions of innocent people.

More important, we must reaffirm our commitment to NATO, because Europe, not America, is really the intended audience for Russia’s nuclear antics. Bringing back the Tu-160 is another of the Kremlin’s many attempts to scare the Europeans with the same threat the Russians have been harping on since the 1950s: “If war comes, the Americans will be so afraid of us they will not lift a finger to help you.” Each time we ignore these threats, we encourage more of them.

The way to reassure NATO is match Russian moves not with nuclear threats, but with conventional forces, as U.S. ambassador Steven Pifer and others have argued. This is what the Russians fear most, because they know that the Cold War equation is now flipped, with Russia the weaker conventional power. If Shoigu wants to build more of his pretty bombers, that’s his business, but no Russian leader should think that an attack on NATO can produce anything but a Russian conventional loss, at which point the Russians will have to think about whether they want to face the escalatory burden that once haunted NATO.

Our reaction to Russia’s nuclear threats should be no reaction at all, other than to affirm our ability to defend ourselves—and the most populous, wealthy and powerful alliance in human history—as the mature and confident superpower that we are.

Tom Nichols is Professor of National Security Affairs at the Naval War College and an adjunct at the Harvard Extension School. His most recent book is No Use: Nuclear Weapons and U.S. National Security (University of Pennsylvania, 2014) The views expressed are solely his own. You can follow him on Twitter: @RadioFreeTom.