Russia's Ukraine Game: Will Putin Go All In? 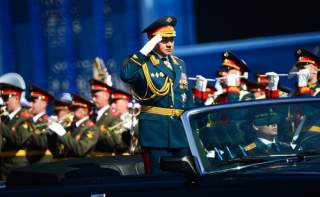 Predicting what the Putin government will do when it comes to the crisis in Ukraine is fraught with peril. I myself did not anticipate the rapid annexation of Crimea last year. At the time, I believed that there was no real danger to the Russian strategic position on the peninsula and that Moscow's long-term interests weren’t served by amputating the most reliably pro-Russian part of the country from Ukraine.

With that caveat in mind, however, let us assess some of the factors currently in play.

– The European Union has signaled that current sanctions imposed on Russia will remain in place until the end of the year. Those countries that were agitating for sanctions relief have accepted the extension with the proviso that there will be a serious conversation about the future of those measures in December.

– Sanctions relief is tied to implementation of the Minsk-2 accords, including the durability of the ceasefire and progress taken on the roadmap outlined by the agreement. Significantly, however, the European Union has no alternative to the Minsk process. Despite all of the agreement's flaws, this is the process by which Brussels—and many of the key member states of the Union—have decided to use to regulate the Ukraine crisis.

This might lead Moscow to change course and to let the spotlight focus on the Ukrainian government's shortcomings—its inability to move forward on some of its commitments under the Minsk accords and difficulties in meeting the next round of reform benchmarks. The EU at its Eastern Partnership summit in Riga did not grant Ukraine the right to visa-free travel, citing the failures of the current government to reach the required benchmarks. With local elections scheduled for this fall, the appetite of Ukrainian politicians to push ahead with costly and painful reforms—given the low ratings currently enjoyed by Prime Minister Arseniy Yatsenyuk and President Petro Poroshenko—might very well diminish, especially if rising discontent helps the political fortunes of the Opposition Bloc.

But what, then, to make of the ongoing ceasefire violations and the constant remobilization and deployment of Russian forces along the border? Some have suggested that the same mindset that pushed for the rapid annexation of Crimea will inform the suggestion that Russia needs to consolidate the separatist territories in eastern Ukraine now before Ukraine has the ability to field better military forces. Sure, it will provoke a new crisis with the West—but even with sanctions, there has been a modest economic recovery that may give the Kremlin greater confidence to act. Present the world with another fait accompli—after all, no one really talks about Crimea returning to Ukraine anymore—and ensure that Ukraine is saddled with a permanent frozen conflict on its territory.

If the Kremlin strategy is to peel off a permanent pro-Russian buffer in the southeast, an approach like the above makes sense. It of course means writing off any possibility of restoring Russian influence over the rest of Ukraine (which, given the shifts in public opinion—may be a lost cause). On the other hand, developments in Moldova over the past year belie any such simplistic assessments. Such a strategy also runs the risk of permanently damaging Russia's ties to Europe—guaranteeing no sanctions relief in December—and pushing Russia closer into China's embrace.

It also depends on what the West is prepared to do if the Minsk process fails beyond recall. What does Moscow think Washington and the Europeans will do if the ceasefire completely collapses? Will the response be primarily rhetorical, or will there be any serious economic (or military) penalties? Here, of course, Russia runs a risk; having taken what they believe is the temperature of the Obama administration based on previous decisions, they assume that past behavior indicates future performance—whereas renewed fighting in Ukraine might in fact be the red line that the United States is indeed prepared to enforce.

Finally, we have the wild card of the Mikheil Saakashvili factor. The former Georgian president, now governor of the restive Odessa region—which borders on the separatist enclave of Transnistria in Moldova, has in the past blundered into Russian traps set for him and counted on Western support that never quite materialized. Will he be able to avoid provocations that might give the Russians a pretext for further action, either to defend the Russian-speaking populace or in connection with an incident with Transnistria—preventing a miniature repeat of how he was maneuvered into conflict with Russia in 2008?

At the same time, Saakashvili's appointment was justified, in part, on the gamble that he could turn his Western connections into concrete investment that would lead to immediate improvements in the economic quality of life. Will his political friends in the West be able to convince skeptical firms to invest more money into Ukraine? His efforts will not be aided by sentiments that existing investors in Ukraine should accept a "haircut" on the grounds that they should have known the risks of putting money into Ukraine in the first place.

Saakashvili could either jumpstart the economy in Odessa—a critical step in solidifying Ukraine and a powerful rebuff to Moscow's claims if a key Russian-speaking region of Ukraine shows the possibility of reform—or he could preside over a series of failures that would undermine the whole reform effort.

Ukraine may be out of the headlines for now—but it is still very much in play.