The S-400 Issue in U.S.-Turkey Relations is Leading to Disaster, But It Can be Stopped 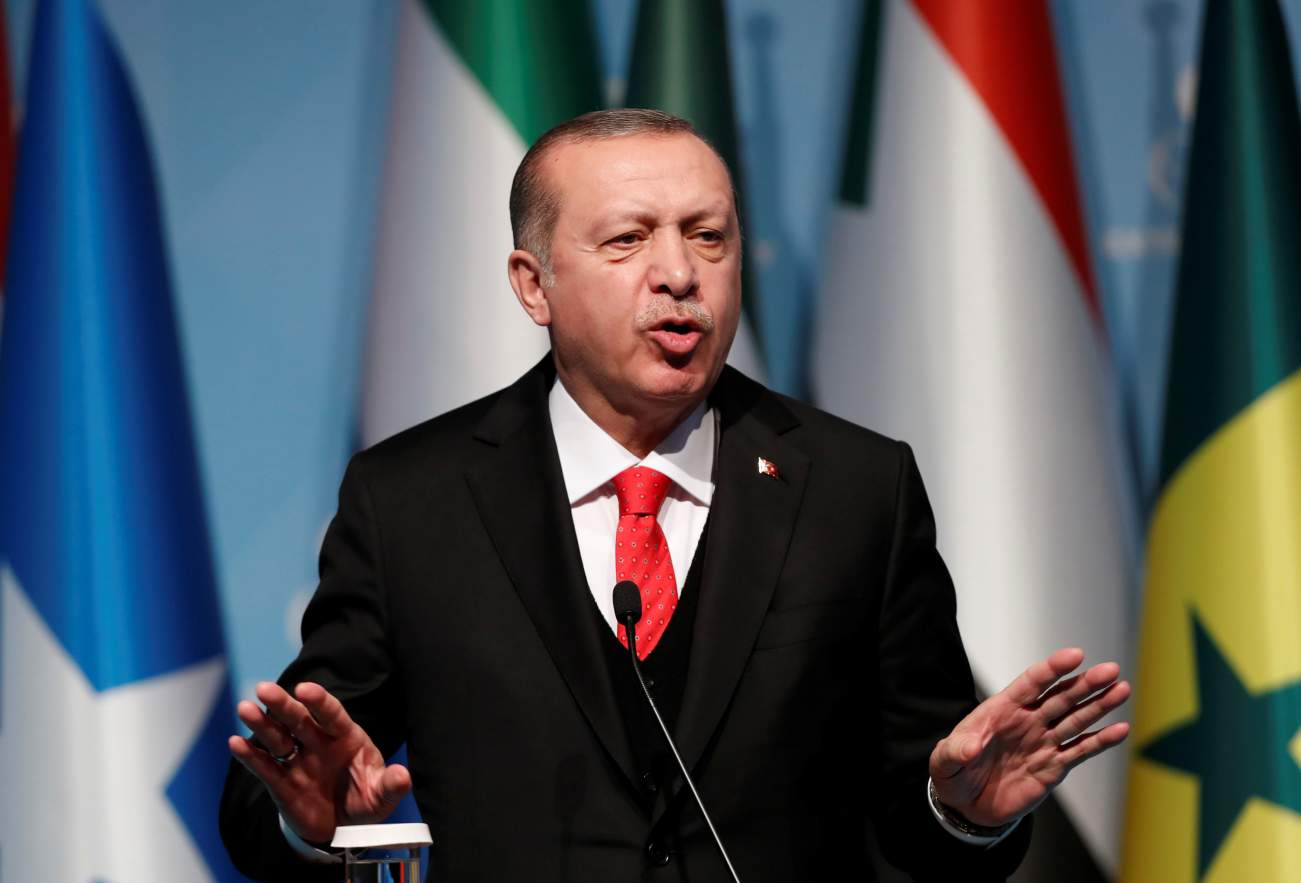 The United States of America and Turkey, the largest and the second largest militaries in NATO, are experiencing one of the lowest points in bilateral relations in history. The only other time that it was this low was during the Turkish invasion of Cyprus, which is when the United States applied a total embargo on arms sales and support to the Turks in 1974. The difference between then and now is that back then there was only one point of contention and it was clearly understood by both sides; the military invasion of Cyprus. That is good because such a problem, no matter how big, is eventually solvable. As long as the strategic interests of two nations are aligned and the problems clearly understood, there will always be hope and effort on both sides to resolve bilateral issues and reconciliate.

The issue today is much deeper, grave and multifaceted. The two countries see less and less reasons to stay together and their independent foreign-policy choices are increasingly leaving them at the opposite sides of conflicts around the world as well as in Turkey itself. The points of divergence include difference of opinion on the religious group led by Fethullah Gulen blamed by Turkey for the coup attempt against its government in 2016, definition of terrorism and designation of YPG as a terrorist organization, the wars in Syria and Iraq, and most recently, Turkey’s decision to purchase a Russian long-range air- and missile-defense system known as the S-400 Triumph. Lawmakers in Capitol Hill have repeatedly warned Turkish officials both publicly and in private that the procurement of the S-400 will have a lasting and serious adverse impact on bilateral relations. The procurement is bound to trigger the Countering America’s Adversaries Through Sanctions Act (CAATSA) of 2017, at which time a number of Turkish governmental institutions and defense companies will be barred from working with their American counterparts. But more specifically, Washington has made it clear that the procurement will endanger Turkey’s position in the F-35 program. As each day passes by, it becomes clearer that neither side is stepping down from their positions.

The problem has the capacity to go further south, however. Modern day military equipment are highly networked systems. In the air, for instance, fighter jets, unmanned aerial vehicles, ground- and air-based radars, air-defense systems and others must work in concert for any of them to be effective. This kind of minute cooperation requires that the systems all speak the same language. Introduction of the S-400 to the Turkish arsenal requires that NATO Identification Friend and Foe (IFF) system be installed on them, something that is seriously opposed by NATO. As a result of threats by the United States on excluding Turkey from the F-35 program, the Turkish government and military officials have started to entertain the thoughts of purchasing Russian fighters to fill the gap left by the F-35s that they were planning to acquire. Russia’s Rostec has already started offering the Russian Su-57 fighter jets to Turkey. In the event that Turkey acquires both the S-400 and Russian fighter jets, then it will have to make a major decision: whether to maintain common military architecture with NATO but leave a major chunk of its military aerial hardware unused, or to break away from NATO architecture altogether. The latter option would spell a disaster for NATO, the western military hegemony in the middle east, and Europe.

There is no sign of backing down in the tone of the messages sent by Washington and Ankara to each other on the issue of the procurement of the S-400. Ankara has made it clear that its decision to purchase the S-400 is one of national interest and one which is final. Washington, on its part, has indicated publicly that the F-35 multirole fighter jets will not be delivered to Turkey in the event that Turkey opts for the S-400 air defense system. At this point the issue is so highly publicized that the two sides can’t go back even if they wanted to, because that would mean a serious loss of face. As such, the current tide of events is clearly leading up to Turkey’s acquisition of the S-400 and its consequent exclusion from the F-35 program. At which point, Turkey would be left with no choice but to look for alternatives such as the Russian fighters ultimately leading up to Turkey’s breakaway from NATO and an unprecedented crisis for the alliance. This chain of causality, however, can be stopped. But it requires serious effort and compromise on both parties.

The most straightforward way of resolving the dispute is to prevent Turkey’s procurement of the S-400 system altogether. But this can only be achieved through understanding and compromise, not threats, which is the current strategy of the United States. The United States should immediately stop threatening Turkey with the consequences of its procurement decision. Instead, the United States should start asking Turkey what it would take for Turkey to cancel its decision and start negotiating and bargaining down from there. In the past  seventeen years Turkey has set the establishment of an advanced and self-sufficient defense industry as one of its most high-priority target. This requires large amounts of Transfer of Technology (ToT), which Turkey is not getting from the S-400 deal. The United States could offer its Patriot air defense system with significant ToT in exchange for Turkey canceling its S-400 deal with Russia. This could be marketed as a win for the public of both countries; the U.S. government will have forced Turkey to cancel its S-400 deal and the Turkish government will have forced the United States to offer more ToT.

Of course, even Russia’s delivery of the air-defense system to Turkey wouldn’t be the end of the world. There is no need to portray the event worse than it already is. Instead of escalating their usual war of words, the two sides should look for solutions that would satisfy both sides. Since the argument of the United States and NATO is that the S-400 would compromise the F-35 fighter jets, then their concerns can easily be addressed if Turkey never actively used the system. One way of achieving this is to reserve the S-400 system for tests and analysis of the system and military airplanes. This has the added benefit of allowing for NATO to gain insight into one of the most formidable Russian military hardware. The air-defense batteries could also be shipped overseas to other prospective operators. Qatar, for instance, which is a close Turkish ally, has been eyeing the systems for the past few years and would gladly accept the purchase in Turkey’s lieu.

It would be very easy to let the tumultuous U.S.-Turkish bilateral relations slide past the point of no return. But the relations did not survive more than seventy years by taking the easy road. The Middle East is more in chaos than ever, Russia’s growing influence in the Balkans knows no bounds, and China is making serious effort towards military hegemony in Eurasia. This necessitates unprecedented levels of western liberal unity and Turkey is a critical part of it. But keeping it that way requires clear identification of the greater mutual threats faced by Turkey and the rest of NATO, and decisive joint action to overcome them.

Vahidullah Taç is an aerospace engineer and a doctoral fellow at Middle East Technical University. He has been involved in a number of aircraft and spacecraft projects.