Safe Harbor: The OSCE Can Help Calm Tensions in the Azov Sea 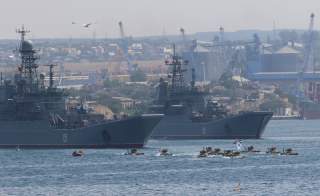 Among even the most experienced seafarers, there is a particularly poignant saying according to which one should never trust a calm sea.

On 25 November, tensions escalated between Ukraine and the Russian Federation around the Strait of Kerch that connects the Azov and Black Seas.  The crisis in and around Ukraine, raging since 2014, has seen the Organization for Security and Co-operation in Europe (OSCE) deploy hundreds of civilian monitors to report on a volatile ceasefire in the east of the country.

In the days immediately following the event, we called on all the parties to contribute by political and diplomatic means to de-escalate the situation and ease tensions to avoid further risks of destabilization in the region.

The maritime clash was an international incident in an already fragile security environment, which risks creating more instability and tensions far beyond the Azov’s shores.

We have called for both sides to show restraint and demonstrate diplomatic wisdom. The safe release and return of the detained Ukrainian ships and crew would be a critical first step.

From there, Ukraine and Russia should work in order to chart a course that steers them away from new disputes and even provocations. The OSCE, where both Ukraine and Russia are full members, could serve as an honest broker and a possible compass within its conflict prevention mandate.

Tomorrow, December 6, and the following day, Foreign Ministers from the OSCE’s 57 Participating States and 11 Partners will hold their annual meeting in Milan. Building on the Italian Chairmanship motto, “Dialogue, Ownership, Responsibility,” the Ministerial Council will provide an excellent opportunity to tackle also these serious challenges. We, as Italian OSCE Chairperson-in-Office and Secretary General, are ready to offer good offices and to do our best in order to facilitate dialogue.

The Organization for Security and Co-operation in Europe can provide a wide range of tools to reduce risks, prevent incidents, de-escalate tensions, rebuild confidence and prevent any conflict. Let us just use them!

The OSCE Vienna Document on confidence and security building measures often overlooked by the general public—has been a crucial stabilizer of European security since 1990. It is specifically designed to dispel fears and help States clarify each other’s intentions regarding activities that could otherwise be seen, or misinterpreted, as threatening.

The Vienna Document provides a number of legal and diplomatic mechanisms that States can use. Risk reduction and prevention of military incident have been widely debated in the last months including within the Structured Dialogue of the OSCE: there is a clear recognition by all Participating States of the need to move forward. It is now time for all to start working together to achieve this aim.

Notably, Ukraine and Russia should also seek to return to the spirit of their 2003 bilateral agreement. As a trusted partner, mediator and facilitator, the OSCE can duly support in the discussions.

That brings us to the fighting in Donbass. Unfortunately, ceasefire violations, often in the high hundreds and sometimes thousands, are registered daily. Both Ukraine and Russia must constructively engage in implementing the Minsk Agreement and do away with their tit-for-tat logic that carries great risks for escalation.

Europe’s security cannot be taken for granted in the same way one should never trust a calm sea. That is why the OSCE was created decades ago: to be used as a safe harbor when the seas get rough.

Enzo Moavero Milanesi is the OSCE Chairperson-in-Office and the Italian Foreign Minister.

Thomas Greminger is the Secretary General of the OSCE.