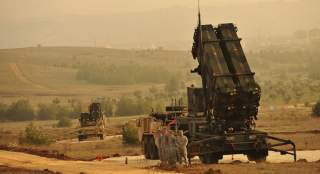 At Tuesday’s vice presidential debate, Gov. Mike Pence argued for a “safe zone” in Syria, “so that vulnerable families with children can move out of” dangerous areas. But the idea, which seems like an obvious way to alleviate suffering and is also supported by Sen. Tim Kaine, is a practical nightmare with a long history of failure. Safe zones are no alternative to accepting refugees.

Safe zones are the strategy of choice for outside powers that do not want to commit to resolving the underlying conflict. But it doesn’t actually alleviate much responsibility. When a zone is attacked, the powers are forced to take sides in the conflict, which is exactly what the policy is supposed to allow them to avoid. And naturally, half-hearted interventions—taking on huge responsibility but being unwilling to discharge it—often turn out poorly.

A UN-designated safe zone was first used in Iraq in 1991. It helped the Kurdish forces in northern Iraq keep Saddam’s forces out of Iraqi Kurdistan following the Gulf War. Since then, this case has been trotted out each time policymakers want a limited intervention. But they have never replicated its success for obvious reasons.

The operation in northern Iraq worked because the Kurdish peshmerga were on the ground to hold the territory. In 1992, thinking that it was the pronouncement of a “safe zone” that had done the trick, the UN designated Shia areas in southern Iraq “safe.” But without the equivalent forces, the regime continued to attack the region and kill civilians.

Not learning from this failure, the UN duplicated its error in 1993. When NATO powers hesitated over intervening in Bosnia, the UN designated the city of Srebrenica as a safe zone for Muslim Bosniaks. It attracted refugees and resisters, but when the Serbs besieged the city, there was no one there to backup the promise of protection, and in the ethnic cleansing that followed, some eight thousand unarmed Muslim men and boys were massacred.

France tried to create humanitarian zones in Rwanda in 1995 to prevent further genocide, but despite the zones covering roughly one-fifth of the country, Hutus continued to murder Tutsis in the area. The new government could not invade the zones to stop the attacks, and there were too few French troops to do so. Perpetrators of genocide used the areas for protection. As soon as the French withdrew, the Rwandan army invaded the camps, setting off more violence and sending refugees fleeing into Zaire.

As recently as 2009, the UN was attempting to enforce a safe zone in Sri Lanka, and the government continued to bomb the area.

A safe zone in Syria would make even less sense than in these cases, which is why the UN High Commissioner for Refugees has rejected it. Refugees can already escape to Syria’s neighbors—Turkey, Lebanon and Jordan, which together host more than four million refugees. It’s hard to see the strategic reason to extend the safe zone in Turkey a few miles south into Syria just so that the camps could be within the borders of Syria.

Housing refugees in Syria would also not prevent the crisis from spilling over into Europe. What the UN has called “appalling living conditions” in the camps has set off the waves of refugees into cities in Turkey, Lebanon and Jordan. Unable to find work both due to legal prohibitions and economic conditions, hundreds of thousands of starving Syrians have chosen to risk death at sea floating on rafts to Greece rather than stay put. Moving the camps into Syria would not change these dynamics.

The United States would love to provide safety in Syria right now. But doing so is not a simple matter of drawing lines on a map and calling it “safe.” Someone needs to be on the ground to stop the violence. The repeated failures of cease-fire agreements between Syria’s government and the rebels—which don’t even include ISIS—demonstrate the futility of hoping that statements can create their own reality.

U.S. troops could intervene to provide a safe haven, but the State Department estimates this policy would require thirty thousand troops, which raises the specter of many U.S. casualties if the zone were attacked. The Obama administration rejected the policy as having too much risk with too little upside.

The biggest risk would be an attack by the Assad regime against rebels in the area. Since Russia and Syria are coordinating attacks, a war against Syria would be war against Russia. Governor Pence committed himself to this dangerous route on Tuesday, threatening “military force” against the Assad regime. But launching a potential world war with another nuclear power solely to establish refugee camps in Syria’s geographic borders is beyond reckless. It would only create an even greater crisis than before.

If the safe zone is established in rebel-held territory, it will lead to war against the Assad regime, which would tilt the scales toward the rebels and lead to regime change. This would bring the chaos of the warring factions in northern and eastern Syria to the southwest. Rather than providing for more safety, the policy would inevitably lead to less.

This was exactly how the “no-fly zone” policy to protect civilians in Libya in 2011 played out. The policy quickly moved from deterring attacks by Muammar el-Qaddafi on civilians in Benghazi to directly targeting members of the regime. This resulted in Qaddafi’s overthrow, and Libya’s descent into anarchy, into which ISIS radicals have flown, triggering a refugee crisis that spilled into the Mediterranean.

For Pence, a safe zone provides a useful excuse to reject Syrian refugees—which he attempted to do as governor. But his proposed policy would place tens of thousands of Americans at risk, while refugees to the United States, according to a recent Cato Institute analysis, have killed only three people in terrorist attacks since 1975—none of the attacks were carried out by Muslim refugees.

Upping operations in Syria will cost the United States far more than resettling Syrian refugees. Deploying a single soldier costs the federal government about $1.2 million per year, so thirty thousand troops would likely cost at the very least $36 billion over one year. The UN estimates it costs the United States about at roughly $14,700 to resettle one refugee, which means that for that amount, the U.S. could resettle roughly 2.5 million Syrians, more than half the Syrians outside Syria, in one year.

A safe zone is a policy built on nothing more than reassuring rhetoric. It will not do anything to alleviate the real-world suffering in Syria. It is an expensive, impractical measure that will not obviate the need for America and Europe to take in refugees. They will still have a responsibility to accept Syrian refugees into their countries, which are the best safe zones that they can offer.

David J. Bier is an immigration policy analyst at the Cato Institute’s Center for Global Liberty and Prosperity.