Saudi Arabia Has Backed Qatar into a Corner 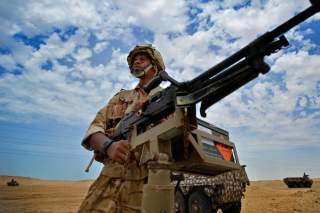 To say that this has been a bad week for Qatar would be an understatement.

Over the weekend, five separate Arab states (Saudi Arabia, Yemen, Bahrain, the United Arab Emirates and Egypt) cut their ties to the Gulf kingdom, citing as causes its extensive support for Islamic extremist groups and its cozy relations with the Islamic Republic of Iran. The rupture takes the form of a cessation of air travel, a closure of borders, and a call those countries’ citizens and businesses to vacate the country.

Since then, what might have remained a mere regional rift has exploded into a more serious diplomatic crisis, with a number of other nations moving to reevaluate their own ties to the oil-rich emirate. The Kingdom of Jordan has downgraded its diplomatic relations with Qatar, while the North African nation of Mauritania has opted to sever them completely. The Kingdom of Morocco, meanwhile, has cancelled air travel via the Qatari capital, at least temporarily. Even Senegal has recalled its envoy to Doha, throwing its weight behind the Arab bid to isolate Qatar. As a result, Qatari officials are now staring down the barrel at what could very well become a full-blown international boycott in the not-too-distant future.

For its part, Saudi Arabia, the de facto leader of the current campaign, is pressing its advantage. Riyadh has levied a number of onerous demands on Qatar, including the complete cessation of ties with Iran, the expulsion of all leaders of the Muslim Brotherhood and its Palestinian offshoot, Hamas, from its soil, and the shuttering of its controversial state-controlled broadcast channel, Al Jazeera.

What can Doha do next? In the early going, officials in the kingdom were slow to recognize the severity of their predicament. Now that they do, they are discovering that their country has precious few strategic options for reducing its deepening isolation.

Qatar, a wealthy Gulf petro-state, is not in a position to weather a protracted period of either economic or political isolation. With oil and natural gas accounting for more than 60 percent of its gross national product, even a partial disruption of the kingdom’s energy trade could have ruinous effects on national prosperity—as well as on the ruling Al Thani clan’s hold on power. Nor is the idea of a “resistance economy” based around self-sufficiency and austerity a viable alternative for a country whose per capita GDP, at nearly $80,000, is the highest in the Arab world.

Long-term alignment with the Islamic Republic of Iran is not a viable option for Qatar either. While it may share energy resources and close political and economic ties with Iran’s ayatollahs, the Sunni kingdom is inextricably linked by geography, culture and trade to a bloc—the six-member Gulf Cooperation Council—that views Shia Iran as a regional rival and an ideological enemy. That sentiment is reciprocated in Tehran, which has waged a quiet but coordinated campaign of subversion against the Gulf states in recent years.

Even Qatar’s significance to the United States isn’t irreplaceable. The kingdom has admittedly emerged since the 1990s as a major element of U.S. military strategy in the Middle East. It currently hosts more than ten thousand American servicemen at Al Udeid Air Base, and serves as a key logistical hub for the aerial campaign against the Islamic State terrorist group in Iraq and Syria. But, as military exerts Gen. Chuck Wald and Michael Makovsky have noted, viable alternative basing options for the United States exist in the region, with countries like the United Arab Emirates eager to expand their roles in America’s military presence there. That makes Washington’s current strategic reliance on Qatar less of an ironclad insurance policy than officials in Doha have long believed.

The question, in other words, isn’t whether Qatar will bow to regional pressure. Rather, it only remains to be seen when it will do so, and how much. For their part, the Gulf states and their allies (including the United States) should be thinking seriously about what concrete steps Doha should take before they deescalate the current crisis—and what it would truly mean to take “yes” for an answer.