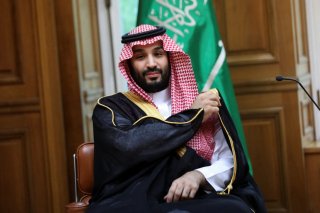 Last week, Sen. Chris Murphy (D-CT) responded to Elon Musk’s recent $44 billion purchase of Twitter by calling on the Committee on Foreign Investment in the United States (CFIUS), a Treasury-led interagency U.S. government committee, to investigate the national security implications of the sale.

Murphy’s concerns stem from the fact that Saudi Arabia, through a holding company, will control a significant stake in the social media platform. Prince Alwaleed bin Talal, the chairman of that holding company, said it would maintain its ownership of Twitter shares, currently valued at $1.89 billion. After Musk’s purchase was complete, the Kingdom Holding Company became Twitter’s second-largest investor. According to a letter that Murphy sent to Secretary of the Treasury Janet Yellen, the Middle Eastern governments of Saudi Arabia and Qatar now collectively own 5 percent of the new ownership of the platform. Murphy later told Politico that if CIFUS was unwilling to conduct such an investigation, he would be supportive of Congress doing so instead.

Liberals are worried about this deal for two reasons: 1) the increasingly untenable relationship between the United States and Saudi Arabia in the aftermath of the recent OPEC+ decision to cut oil production and 2) the fears over what Musk’s ownership means for Twitter’s future.

Following the October announcement by the Saudi-led OPEC+ to decrease oil production—going against the wishes of President Joe Biden and indirectly aiding Russian president Vladimir Putin’s invasion of Ukraine—some analysts indicated that one of the driving forces behind the decision was a desire to weaken the American president and bolster the chances of a more pro-Saudi Congress getting elected this week, with the eventual goal of easing Donald Trump’s path to the White House. This is likely part of what inspired Murphy’s recent claim that the Saudis “have a clear interest in ... impacting U.S. politics.” The senator frames the Saudi’s potential influence over Twitter as part of a dangerous national security trend in which two of the social media platforms most used by Americans, TikTok and Twitter, will be at least partly owned by China and Saudi Arabia, respectively.

Democrats like Murphy are right to be worried about what possible Saudi control of a social media platform may entail. The Saudi regime is one of the most repressive in the world, and, as Murphy notes in his letter to Yellen, is even willing to “enforce their restrictive approach to dissent outside the Kingdom’s borders —illustrated most tragically by the murder of Washington Post journalist Jamal Khashoggi.” More recently, in October of this year, Saudi Arabia sentenced an American citizen to sixteen years in prison for posting tweets that were critical of the Saudi government.

Perhaps also underlying Murphy’s push for this review is the broader left-liberal concern over Musk taking control of Twitter. Upon acquiring the platform, Musk, a self-described “free-speech absolutist,” vowed to restore Twitter’s commitment to free speech. Many conservatives on Twitter have treated Musk as a liberator. But to others, Musk’s ownership could bring with it increases in hate speech and the potential spread of conspiracy theories having to do with Covid-19 or the 2020 presidential election. Some have suggested leaving the platform entirely and joining others, like Mastodon, instead.

Early indications from Musk’s tenure suggest an erratic approach to leadership and an inconsistent commitment to free speech. Shortly after taking over, he fired almost half the company’s staff, though it now appears he wants to bring some of them back on board. The most dramatic change that Musk has floated is the so-called “Twitter-blue,” an $8/month premium account that would contain certain perks and replace the “verified” status that many journalists, politicians, and celebrities currently enjoy. After users began changing their displays to match that of the new owner to mock him, Musk announced that “Going forward, any Twitter handles engaging in impersonation without clearly specifying “parody” will be permanently suspended.” Enhancing fears of what his ownership may mean politically, Musk also waded into the midterm battle on Monday, urging followers to vote for Republicans, ostensibly to stop Democrats from controlling both the White House and Congress and curbing the excesses that come with such power.

Whether or not Saudi Arabia can exert influence over Twitter’s operations to silence government critics or other activists, or to spread disinformation campaigns, as Murphy fears, is not clear. However, concerns over the political agendas of Twitter’s two largest stakeholders will not be easily silenced.