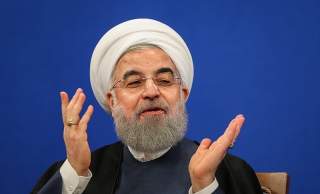 The unfolding Qatar crisis is a microcosm of Riyadh’s vision for the Middle East. Saudi Arabia is exploiting a largely engineered threat from Iran to rally Sunni Arab states into what has been labeled an “Arab NATO” and bully those that resist. Egypt, Jordan and the United Arab Emirates are joining the coalition at the behest of Riyadh’s monarchs. Although perfidiously promoted as a task force against extremism, its primary objective is to isolate Iran and elevate Saudi Arabia’s position in the region. However, its success is doubtful, as the Saudi-led coalition is already splintering, and history reveals that attempts to contain Tehran will achieve just the opposite.

Three historical developments demonstrate why any effort to isolate Iran will fail: the durability of the Iran-Syria alliance, the strategic rather than ideological basis of Iran’s alliances and the experience of the Iran-Iraq War.

The Iran-Syria alliance has endured the test of war and time. In the early 1980s, Iraq and Iran were engrossed in a brutal conflict that Baghdad portrayed as a war against Iranian expansionism. Saudi Arabia, Egypt, Jordan, Iraq and the United States formed a coalition to isolate Tehran from the Hafez al-Assad regime and invite a swift victory for Baghdad. The Syria-Iran alliance never broke, even as Syria became entrenched in its own conflict in Lebanon. In his book chronicling the alliance, Jubin Goodarzi even asserted that Hafez al-Assad turned down $2 billion offered to him by the Saudis if he reopened the trans-Syrian pipeline to Iraq. Despite intense economic and military pressure, this strategy only solidified the nascent alliance between Tehran and Damascus. This alliance has remained durable and transcended significant strategic disagreements between the two countries over the last three decades.

Iran chooses its alliances and conflicts pragmatically, rather than ideologically. For example, the Islamic Republic historically ignored the plights of Shia minorities in Saudi Arabia and Pakistan in favor of maintaining semi-cordial relations with Riyadh and Islamabad. Western analysts often portray Iran’s most important alliance with Syria as that of a client and patron state. In reality, it is much closer to a genuine partnership rooted in common strategic goals, despite widely diverging ideologies. Both countries see themselves as unique partners in the “resistance” against Israel. Both also portray themselves as tolerant of religious minorities and sects in a region enveloped by Salafi extremism. Most importantly, Damascus and Tehran have always viewed a strong Arab bloc and Arab detente with Israel as an existential threat. This was true when Egypt and Syria cut diplomatic relations after the Camp David Accord, and when Arab states formed an alliance against the new Islamic Republic in Iran. Thus Tehran and Damascus see themselves as partners in a fight against an Arab bloc that is increasingly dictated by a U.S.-Saudi alliance. No amount of pressure on Iran will make the cost of Tehran’s intervention in Syria too high to bear.

Iran’s experience of relative isolation during the war imposed on it by Saddam Hussein’s Iraq inspired a frenzied race to develop domestic defensive and ballistic-missile capabilities. In a 2016 interview, Iran’s Foreign Minister Javad Zarif asked, “What do you expect, Iran to lie dead? You’ve covered the Iran–Iraq war, you remember missiles pouring on Iranian cities with chemical weapons. You remember that we didn’t have any to defend ourselves.” The harsh realities of the Iran-Iraq War quelled revolutionary Iran’s ambitions to export its revolution and ideology. Ever since the end of the war, Tehran has instead placed an emphasis on developing strategic alliances outside of the Middle East and developing a domestic military-industrial complex. President Trump’s calls to isolate Iran during his recent speech in Riyadh will only provoke a surge in Iranian military development.

Three contemporary developments also demonstrate why an “Arab NATO” will fail at its mission: Arab Shia communities view Saudi and Wahhabi hegemony as an existential threat, the Saudi-coalition is already fractured, and China and Russia have every reason to tilt towards Tehran.

The main threat that the Saudi-led coalition seeks to combat is the rise of Arab Shia movements and militias that it believes are loyal to Iran, especially in Iraq and Syria. As I have written before, Shia movements are not nearly as loyal to Iranian interests as often believed, but the existence of an “Arab NATO” will likely result in driving vulnerable Shia communities closer to Tehran. Powerful cleric and warlord Muqtada al-Sadr has called on Assad to resign as president, and expelled fighters found to have fought in Syria in direct opposition to Iranian policy. Several high-ranking Shia clerics in Iraq have issued fatwas forbidding their followers to participate in Syrian operations. The most senior of these clerics, Ayatollah Ali al-Sistani, who himself is of Iranian extraction, has long been the darling of Western analysts due to his rejection of theocracy. In 2005, Thomas Friedman called for Sistani to be awarded the Nobel Peace Prize for his quietist inclinations and role in legitimizing the new Iraqi government in the eyes of Shia. However, the rise of U.S.-backed Sunni coalitions will likely push Iraqi Shia toward institutionalized militancy if they feel their communities are under attack by Saudi-funded Sunni extremists.

Even if an “Arab NATO” could achieve its task of isolating Iran, the political will of coalition members to seriously challenge Iran remains dubious at best. Officially, the Saudi-led coalition presents a unified front against supposed Iranian aggression, but underneath the surface, there is little consensus on how to approach Iran. Deputy Crown Prince Mohammed bin Salman recently claimed that Saudi Arabia is a “primary target for the Iranian regime.” Saudi-run news agencies frequently publish claims of alleged Iranian plots to invade and conquer Saudi Arabia, often by citing the statements of obscure and uninfluential hard-liners. But this tactic appears to be causing more divisions than unity.

Qatari emir Sheikh Tamim bin Hamad Al Thani allegedly stated that “there is no wisdom in harboring hostility toward Iran,” but Qatar quickly claimed unconvincingly that the story was fabricated. This led Bahrain, Saudi Arabia, the UAE, Egypt, Yemen’s Western-backed government and Libya to cut off relations with Qatar and put in place an aggressive blockade on its population. Doha’s open support for the Muslim Brotherhood and Riyadh’s allegation that Qatar provides support for ISIS—and, more importantly, Shia protesters in Saudi Arabia’s Eastern Province—were used as the official excuse for severing ties. But this is clearly intended by Saudi Arabia to escalate tensions with Iran and send the message that lukewarm partners in the proxy war will not be accepted.

Still, it appears unlikely that Oman’s Sultan Qaboos will follow the Saudis and depart from his traditional role as Iran-GCC-U.S. mediator, a position that significantly elevates Oman’s importance. Even the forty-one-state Saudi-based Islamic Military Alliance (IMA) prefers diplomacy, as Pakistan recently made headlines when it announced that it would not officially join the IMA until certain red lines are established—namely, no confrontation with Iran. Pakistani army chief Gen. Qamar Bajwa is rumored to be planning a trip to reassure Tehran that it doesn’t pose a threat.

Tehran will capitalize on the disunity of the Saudi-led coalition while increasing its military coordination with world powers beyond the scope of Syria. A Saudi-led and U.S.-sponsored coalition runs contrary to Russian and Chinese interests in the region, as well as Iran’s. Russia has already invested significantly into a naval base in Tartus, Syria, and will continue to support Iran and the Assad regime against any outside interference. China will continue to increase its ties with Iran, especially as it develops its “One Belt, One Road” project across Central Asia, in which Iran is a crucial partner. In return, Beijing will continue to prove an invaluable partner for Iran’s domestic military-industrial capabilities and production. An Iran-China-Russia alliance will serve as a formidable antidote to the ambitions of a U.S.-sponsored Saudi-led coalition.

An “Arab NATO” will provide little deterrence, and instead result in an arms race and a deepening of sectarian conflict in the region. It also risks dragging U.S. forces into a sectarian conflict. As former secretary of defense Robert Gates pointed out, the Saudis always want to “fight the Iranians to the last American.” If the Trump administration really wants to demonstrate its leadership and power in the Middle East, then it must rise above taking sides and turning itself into a proxy of one side against the other. Instead, Washington must facility diplomatic engagement between regional powers and demand that its allies and its foes genuinely participate.

Adam Weinstein is a policy associate at the National Iranian American Council. He is a veteran of the Marine Corps where he served in Afghanistan. He has contributed to Foreign Policy, The Diplomat, CNN, and other outlets.