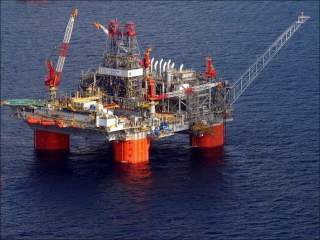 Oil prices are plunging to levels not seen since the great recession of 2008-09. While there is wide debate over why this is happening, one thing is clear: there will be an impact felt across the globe. For those who are heavily dependent on oil imports, the impact is obvious—a massive stimulus for their economy. For those who have economies driven by oil production—like Russia and Saudi Arabia—big problems could lie ahead. And for America—a nation that consumes large amounts of oil and is now a player in oil production, thanks to its shale revolution—we certainly will find out.

To get to the bottom of these important questions, TNI Executive Editor Harry Kazianis interviewed Ian Bremmer, a TNI contributing editor and president of the Eurasia Group on where sustained, lower oil prices could take nations like Russia, America and others.

Kazianis: Oil prices seem to be falling with each passing day. The geopolitical ramifications, as well as economic ramifications seem immense. Who is the big winner when it comes to lower oil prices?

Bremmer: The single biggest beneficiary in the world is Chinese president Xi Jinping.

Whereas in the United States, lower oil prices are an economic good-news story that functions like a direct tax break for consumers at the pump, in China, the political ramifications are the biggest boon. Lower oil prices already are generating increased economic activity by growing household disposable incomes and facilitating corporate investments in a range of sectors from manufacturing to logistics. That helps reduce the need for more aggressive stimulus to prop up the economy, and most importantly, it buys Xi Jinping more time to implement his reform agenda.

Xi Jinping has undertaken a dramatic transformation: rebalancing China towards a consumer-led economic model, while forcing greater efficiency and flexibility from inefficient state enterprises. The dramatic drop in oil price gives Xi a big and timely boost as his government attempts to right-size the country's most energy-intensive and inefficient state-owned enterprises. Xi can accordingly increase tariffs and pull back government credit lines on major strategic state players without undermining their comparative profitability. On the consumer side, he needn't pass on the entirety of the economic benefits of cheaper oil to citizens—he can constrain the price reduction somewhat, channeling the difference into increased energy efficiency and efforts to combat air pollution.

Kazianis: There are certainly some big losers when it comes to falling oil prices—namely, producer nations. One that is being impacted is Russia. Combined with tough sanctions over the Ukraine crisis, Moscow seems to be in for a rough 2015, unless oil prices begin to rise. If oil prices were to stay where they are for, say, the next year, what will be the impact on Russia? Can they, for example, continue to put billions of dollars into rebuilding their conventional military might? Would massive budget cuts be needed?

Bremmer: The economic impact on Russia will be acute—no doubt about it. But more importantly, it will lead to escalation from Vladimir Putin on the foreign-policy side. His approval ratings skyrocketed on the back of the Ukraine crisis that he engineered and his effective demonization of the West; both have played exceedingly well domestically. Under economic pressure, he's not about to capitulate. As he notches a "loss" on the economy, he needs a "win" on foreign policy.

If oil prices stay deflated throughout the year, some budget cuts will be necessary, though it's hard to imagine near-term cutback on "patriotic" spending, like military expenditures. The other underappreciated piece of the puzzle: the huge shock to the ruble can actually help Putin when it comes to weathering cheaper oil and balancing the budget. Oil is denominated in dollars, so as the dollar strengthens against the ruble, it mitigates some of the oil-price collapse and the challenge of balancing the budget. Of course, that currency devaluation comes with issues of its own: it will increase inflation that hurts the Russian consumer.

Kazianis: Looking out even further when it comes to Russia, what if these low oil prices were to last for the next two to three years?

Bremmer: There is no political instability in the near term—Putin has tight control and approval ratings well over 80 percent (although that figure is likely to come down as some of the economic concerns that we've discussed begin to hit the general population). But looking out towards 2018, we could see the beginnings of social discontent. That would lead to a harsh internal crackdown and policies that facilitate a closing of the ranks around Putin. It would likely include the arrests/expulsion of Western journalists, internet restrictions, a hit to dissidents and NGOs and other shocks of that nature.

On the diplomatic side, Russia would orient more frantically and formally toward China as a junior partner. It could take the form of a direct strategic alliance. Then we could start to see both countries working together to undermine some American "global" norms surrounding finance and communication: things like the omnipotence of the U.S. dollar, an open internet, as well as open and secure financial transactions.

Kazianis: Another nation that will certainly feel the impact of low oil prices is Saudi Arabia. It seems they have made a conscious decision to keep oil production where it is, some speculating that market share and trying to kill off America's shale oil energy revolution is a better long-term play. In your opinion, what is the Saudi strategy when it comes to not cutting production and riding out low oil prices? How long can they keep this strategy going?

Bremmer: For the Saudis, I think it's a "chill, not kill" strategy. They don't want to take the budgetary pain of maintaining prices this low for an extended period of time—instead, they just want to snap the momentum of shale plays in the United States. There is an added bonus for the Saudis. Lower prices may singe Riyadh, but it roasts some of their biggest rivals: Iran and Russia. The Saudis have the reserves to comfortably weather the storm in the near term.

But I also think the Saudis are surprised energy prices have sunk to present levels...especially given the geopolitical challenges in Libya and the further sanctions threat for Iran. On balance, I expect they will eventually cut some production to create more stability in the price.

Kazianis: Much has been made of the possible impact of America's shale-oil revolution. However, what happens to the hemispheric wide revolution in natural-resource production that is happening throughout North America, as well as in South America? Will, for example, Canadian oil projects begin to dry up? Is the hemisphere, for example, trading something approaching energy independence for short-term, lower energy prices?

Bremmer: The market will eventually need those higher-cost barrels. The real question is how much the growth needs to slow and how long it will take for prices to recover. It's not plausible for North American unconventionals to be killed off decisively and permanently.