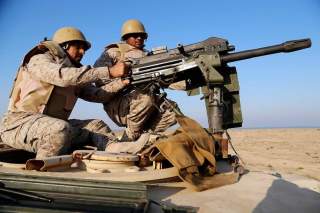 The Yemen War seldom punctuates our current news cycles here in the West. When it does, it often depicts the narrative of sectarianism; Sunni versus Shia, Saudi Arabia versus Iran.

The conflict is complicated, to say the least. It involves a series of fractious actors and alliances, each with their own agendas and ambitions. Reductionist analysis too often boil it down to the aforementioned sectarian tilt. This, whilst certainly playing a part, too often misses the mark.

So what is the reasoning behind Saudi actions in Yemen? First we must address the sectarian tendencies of the conflict to see exactly what role it encompasses.

The Houthis, Hezbollah and Iran

The Houthis are Zaydi Shia tribe, primarily located in northern Yemen’s Saada governorate. Zaydism is theologically closer to Sunni Islam than the Twelver Shiism practiced in Iran, their supposed patron. Unlike their Twelver cousins; the Zaydis only believe in five imams, not twelve, reject the idea of the Mahdi and do not celebrate Ashura. As such, Zaydi Shiism is recognised as being more moderate. More so, the sectarianism which defines much of the region is not so apparent between the Sunni and Shia communities in Yemen; spotting both Sunni and Shia praying in the same mosques is not uncommon. Not the ideal environment for revolutionary religious fundamentalism to take hold.

Nevertheless, the Houthi movement’s incorporation of more radical elements is arguable. Former leader Hussein Badreddin al-Houthi (of which the group is named after) studied at the Badr Religious Centre where he was influenced by aspects of Twelver Shiism, and imbued these ideas throughout his following. This included the reformation of the Zaydi imamate, which ruled Yemen from its foundation in 897 until its overthrow in 1962. How much this idea has permeated the current Houthi movement is unclear. Its adopted slogan, which echoes Iranian prescriptions, "God is Great, Death to America, Death to Israel, Curse on the Jews, Victory to Islam" potentially gives indications to its potential immoderation, though many experts dispute this.

As such, while Zaydi Shiism is not a natural incubator of Iranian revolutionary zealotry, Badreddin al-Houthi’s own ideological fervour potentially is, and in Yemen, “identity is derived from tribe rather than sect.”

During the 2009 iteration of this conflict, the Yemen Ministry of Foreign Affairs’ Chief of Protocol Abdullah al-Radhi expressed concern that “Iran wants a strong political card to play in Yemen similar to Hezbollah in Lebanon.” Alleged ties between the Houthis, Iran and its foremost regional proxy Hezbollah are often stressed by both Yemeni and Saudi media outlets, and whilst evidence of direct cooperation is scarce, there is enough to suggest this is no mere perception.

Iran almost certainly supplies the Houthis with arms and munitions. Iranian media has been eager to publicize Houthi use of the Zelzal-3, an Iranian rocket, which Iran already distributes to its regional proxies, primarily Hezbollah. To limn this point, in an interview with the Washington Institute, Matthew Levitt, author of Hezbollah: The Global Footprint of Lebanon’s Party of God and an expert on the group, commented that “Hezbollah [is] helping to ferry Iranian weapons to Houthi rebels in Yemen.”

Furthermore, actions and comments from Hezbollah commanders also indicate a close relationship with the Houthis. President Hadi has even claimed that Hezbollah leader Hassan Nasrallah sent him a letter confirming Hezbollah involvement in Yemen.

Whilst Iranian intentions are quite clear, and the evidence above does hint at some level of patronage between them and the Houthis, the sectarian elements of the Iran-vs.-Saudi depiction are given more weight than is necessary. Yes, Saudi Arabia "doesn't want to be stuck between the pincers of Iranian influence on its northern border in Iraq and its southern border with Yemen," but its reasons for this are far more rational than is often acknowledged.

The House of Saud

The real motivator behind Saudi actions in Yemen is that of self-preservation. Implicit in this is the stability of their own country and the countries around them; this, of course, is inextricably linked to Iranian regional machinations.

As history shows, though, this is not an ideological war. Whilst ethnoreligious cleavages are certainly leveraged by the Saudi regime, they are done so to serve this central purpose.

An Emirati analyst, speaking on Saudi sensitivity towards Yemen observed that “Saudi Arabia’s mentality has not changed since the 1930s.” This mentality has always centred on “the need to preserve the country's [Yemen] unity.” This desire for a stable Yemen takes precedent over other ideological factors and is based on forefending any threat to the House of Saud.

In 1962 this threat came in the form of Arab nationalism under the auspices of Egypt’s Gamel Abdel Nasser. In September that year Yemeni revolutionaries deposed the Zaydi Imam Muhammad al-Badr. The revolution was backed by Nasser, who had been exporting Arab nationalism throughout the region; this nationalist ideology challenged the rule of the monarchies. In response to this threat, Saudi Arabia (along with Jordan) militarily supported the Zaydi Shia royalists of the imamate.

Indeed the current situation mirrors the one that occurred in the 1960s. Much like the current Obama administration détente with Iran has increased Saudi anxieties, likewise did the Eisenhower and Kennedy administrations’ accommodation of the Nasser regime. The deterioration of the relationship between Nasser and the Soviet Union prompted Eisenhower to seek “a political accommodation with the Nasserist movement.”

This culminated in the support of Nasser’s military intervention in Yemen, which Saudi Arabia saw as “a cover for the acquisition of a foothold on the Arabian Peninsula” prompting its support for the royalists. The conflict effectively became a proxy war between the Saudi regime and the Nasserists aimed at preventing the spread of Nasser’s revolutionary ideals, which they believed threatened their grasp on power and could lead to the regime’s overthrow.

In the 1970s we see further evidence of Saudi realism trumping ideological sentiments. Increasing concerns about growing Soviet influence in South Yemen led to the Saudi regime to realign their interests, ceasing support to the royalists and arranging a settlement in which they recognized the authority of the republican government; their former antagonists. They also provided financial and military aid to the government in Sanaa in an effort to increase its power vis-à-vis the South.

Their fears during this period centred on the concern of a unified, radically Marxist Yemen, one advocating an ideology anathema to their conservative Wahhabi foundations, and in which they would have little to no influence. The Kingdom acted to unify the north whilst maintaining the bifurcation of Yemen, a policy only ended by the cessation of the Cold War.

Today, the threat to Saudi hegemony and its authoritarian rulers emanates from Iran.

Saudi Arabia’s Shia population have long suffered political, economic and religious discrimination. The 1979 Iranian revolution inspired tens of thousands to protest the government and call for an end to discriminatory policies; although this revolutionary zeal was quelled by the end of the 1980s, its paroxysm of change had spawned Hezbollah al-Hijaz, a radical Shia group modeled on its Lebanese counterpart, which advocated violence and overthrow of the Saudi regime.

Saudi’s Shia populations remain restive, and recent events both within and without the Kingdom have exacerbated Saudi worries about protests for change reigniting.

The Arab Spring and the War in Yemen

The Arab Spring signaled the possibility of a major perturbation of governance, specifically that of Islamic democracy, symbolized by the ascension of the Muslim Brotherhood to power in Egypt. This, along with the fear that potential spillover effects from destabilized neighbors would be a contagion to its own populations forced Riyadh’s hand. These threats challenged Riyadh’s core interests of regional stability and regime legitimacy.

The protests in Bahrain and the potential defenestration of the Bahraini monarchy were the straws that broke the camel’s back. Both Manama and Riyadh accused Iran of instigating the protests, which demanded the abdication of the ruling Al-Khalifa family and the abolition of the monarchy. Riyadh responded by adopting a more assertive, interventionist regional policy.

In March 2011, The Saudi-led Peninsula Shield Force (the military wing of the Gulf Cooperation Council), an organization which was founded in 1982 in response to the Iranian revolution, entered Bahrain. Though they did not directly intervene against the protesters, their presence enabled the Bahraini government to violently suppress the protests.

The current war in Yemen is an amalgamation of Saudi policy forged during the Arab Spring and decades-old policy of trying to preserve unity and influence in its southern neighbor.

In backing the government of Abd Rabbu Mansour Hadi, Riyadh is once again prioritizing realist outcomes over ideological difference. With their right hand they would orchestrate the Egyptian military coup to depose Muslim Brotherhood rule, whilst with their left they aim to re-instate Hadi, whose ties to the al-Islah party, Yemen’s Muslim Brotherhood franchise, are well known and might otherwise draw opposition from the Saudi regime.

No matter what the reasoning behind this war is though, the impact it’s having on Yemen’s civilian population is inexcusable. Bombing campaigns targeting marketplaces, schools and medical facilities, both domestic and foreign, have only furthered Yemen’s descent into humanitarian catastrophe.