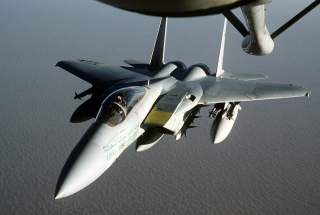 Riyadh—Saudi Arabia's plunge into the civil war next door in Yemen to keep Iranian-backed factions from taking over is hugely popular at home right now, and the general public mood is decidedly hawkish. But after more than five weeks of a daily bombing campaign, some Saudis are beginning to wonder privately whether the declared goal of restoring their ousted allies to power is a step too far.

After whipping up nationalistic and anti-Iranian sentiment to a fever pitch, the government has toned down somewhat media touting of the Saudi-led intervention by eight Arab states and also forbidden any public questioning of a pounding air war that has provoked a nationwide humanitarian crisis and thousands of casualties.

Even some of the government's staunchest supporters have been shaken by the initial erratic shift in Saudi military strategy from an all-out bombing campaign, to a sudden halt and then an immediately resumption of it. These doubts have been exacerbated by the fact that a general uprising of Yemeni tribes hostile to the Iranian-backed Houthi rebels has failed to materialize.

"Where are the tribes?" asked one Saudi academic closely following the Yemeni war.

The stakes in Yemen are very high for King Salman, who only took over in late January when his 92 year old predecessor, Abdullah, died. The stakes are especially high for Salman’s son, Mohammed, whom he appointed defense minister at the age of only 29 despite having no military experience.

The stake are also high for Saudi Arabia's bid for leadership of the Sunni Arab world and its determination to show it can become a military counterweight to Shiite Iran, its main rival and the foreign backer of the Shiite-related Houthis, who still control most of Yemen including its capital, Sanaa.

So far, the new breed of Saudi "hawks" who have come to the fore to carry out the first major projection of power beyond the kingdom's borders seem to have widespread public backing. During a recent ten day visit, I heard scores of Saudis echoing privately the same sentiments as those voiced publicly by the Saudi ambassador in London, Prince Mohammed bin Nawaf. In an interview with Reuters news agency on April 22, he emphasized “we have to assert ourselves" and show that "we can deal with our own problems." He also expressed another view widely shared within the majority Sunni population here, namely that "Iran should not have any say in Yemeni affairs" because "they are not part of the Arab world."

Most importantly to the Saudi royal family is that the ultra-conservative Wahhabi religious establishment, its most important domestic constituency, is solidly behind the intervention in Yemen. It regards the Houthis, who belong to the Zaidi sect of Shiism, as apostates. Even before the Saudi-led air war began on March 26, the Saudi grand mufti, Abdulaziz al-Sheikh, was denouncing the Houthis as heretics who wanted “to eliminate Islam.”

The main Saudi concern is that Yemen is headed toward becoming another Lebanon of fragmented religious communities and independent foreign-backed militia like the Lebanese Shiite Hezbollah militia, which is widely viewed as Iran's proxy there. "Having another Lebanon, another Hizbollah, is out the question for us," said Khalid al-Khalil, a Saudi foreign policy commentator. "We will not allow it happen no matter the cost."

Only in the kingdom's Eastern Province, where the minority Saudi Shiite community is concentrated, do you hear dissenting views. There, the situation below a surface calm is "tense," according to one Shiite leader, because Saudi Shia are suspected of harboring sympathies for Shiite Iran and the Houthis. Residents there note an increase of anti-Shiite sentiment coming from bloggers and Tweeters including calls for the execution of the local religious firebrand, Sheikh Nimr al-Nimer. He has been tried and sentenced to death for proposing the secession of the oil rich Eastern Province and stirring up Shiite resentment against the ruling Saudi family.

The Saudi government has not allowed any public debate, questioning of its strategy or of the two princes who are leading the campaign—Defense Minister Prince Mohammed, King Salman’s youthful son, and Interior Minister Mohammed bin Nayef. The Saudi embassy in Kuwait is even suing a Shiite member of the Kuwaiti parliament for criticizing its Yemeni campaign as an insult to the kingdom.

As for where things stand in the first major Saudi projection of military might beyond its borders, there remains a wide gap between diplomatic achievements and battleground victories so far.

On paper, the U.N. Security Council resolution passed almost unanimously (Russia alone abstained) represents a total victory for Saudi diplomacy. It demands that Houthi rebels and their allies withdraw "from all areas they have seized, including the capital Sana’a" and recognize the legitimacy of President Abd-Rabbu Mansour Hadi’s government, which they overthrew in September.

However, on the ground after more than a month of steady bombing by the Saudi-led Arab coalition, the Houthis and army units still loyal to Hadi's predecessor, Ali Abdullah Saleh, still control all the cities and territory they previously held.

The Saudi government has portrayed its initial "Operation Decisive Storm" a total success, sighting the large-scale destruction of the Houthi's arsenals and surface-to-surface missiles and securing the Saudi border with Yemen. It has launched a second stage called "Operation Restoring Hope" aimed at helping its Yemeni allies to regain lost ground and forcing the Houthis into negotiations on the basis of the U.N. Resolution.

But neither the Houthis nor the Hadi government now based here in Riyadh is showing any interest in compromise and every intent instead on prevailing in the military struggle first.

Which side is winning in the myriad battles for cities, territory and tribal loyalties remains as unclear in Riyadh as in Washington. There is no such thing as a Saudi war correspondent and government-organized trips for foreign correspondents based here have only taken them to the rugged mountainous border with Yemen. And the Saudi military has shut down its daily briefings since April 21.

The only hint so far of a possible shift in the balance of power toward the Saudi supported Yemeni factions has been the behavior of Ali Saleh, the wily ex-president who once commanded the loyalty of major military units that are credited for the successful Houthi takeover of the capital, Sanaa, in September. Arab media report that he has been seeking a safe haven outside Yemen but so far has found no country willing to host him. His days may well be numbered after he publicly called on his Houthi allies to accept the UN Resolution and withdrawing their forces from all conquered cities and lands. His own political party, the General People’s Congress, has sent a delegation to Riyadh with the message that it is ready to switch sides.

Even if Saleh does defect, the likelihood that the Houthis will give up Sana’a and “all areas they have seized” seems remote. The two most likely scenarios discussed by Saudis in private are a re-division of the country into a North and South Yemen, as was the case between 1962 and 1990, or the establishment of a very shaky national unity coalition including both Houthis and their sworn enemies. Either outcome seems a perfect recipe for open-ended meddling by both Saudi Arabia and Iran as they seek to bolster their respective allies and defeat each other’s proxy.

Yemen thus seems doomed to remain a pawn in the ever worsening Saudi-Iranian cold war.

David B. Ottaway is a senior scholar at the Woodrow Wilson International Center for Scholars and a former Washington Post Middle East correspondent.