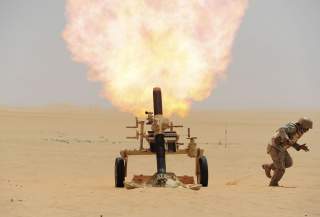 The Gulf crisis that pit Saudi-led coalition against Qatar has indicated the eroding basis of regional security and stability. In general, the crisis was construed as a component of escalating Saudi-Iranian confrontation. It also highlighted the resurgent great power rivalry in the Middle East, which brought the global dynamics of Russia-led anti-Westernism into play. The retrenched American security assurances has not only emboldened the anti-Western front but also created a political void. The ensuing geostrategic conflicts further undermined the crumbling pillars of regional order.

Yet beyond structural factors, the Gulf crisis was intrinsically a local crisis and a product of Gulf politics. The conflicting agendas of domestic and regional stability, the lessening role of political leadership over Islam related popular demands, the contradictions of post–2011 Gulf security, and competing ideological alternatives undid the quest for Gulf unity and the Saudi claims for Arab leadership. We argue that absent a Gulf consensus on the basis of regional order, the recurrence of crises is inevitable and the ability of Gulf countries to steer clear of regional conflicts is more likely to be a pipe-dream.

Challenges in Gulf and Saudi Politics

The Gulf states are under pressure from below, sideways and above. The growing uncertainties about single-resource economies alongside the “youth bulge” and the depressing need for job creation have put much strain on the Gulf Arab monarchies. The GCC nations might have weathered the Arab uprisings thanks to their massive forex accounts and military activism. Yet, as has been indicated by Saudi Arabia’s Crown Prince Mohammed bin Salman’s (MBS) recent moves, the choice between change or crisis appears imminent.

In addition to economic reforms, the Saudi leadership prioritized the need for Islamic reform even if through initial changes. While the former has to confront the social contract of clientelism, the latter implies broader repercussions for the role of Islam in politics and social life. With the emergence of multiple contenders from political Islamists to radical jihadists, the ideological leadership claims of Saudi Arabia as pro-Western Salafists appear more and more irrelevant in the Islamic countries. Yet still Saudi Arabia has a unique role in Gulf politics, whereby the challenges of failure or resistance to change particularly in the Saudi case run the risk of unraveling the broader Gulf political order.

The House of Saud’s response to this call for change has been inconsistent and mostly reactive. Facing innate vulnerabilities on both ideological and political fronts, Saudi Arabia has prioritized domestic and, to a lesser degree, regional stability at any cost. Domestic transition via royal succession was a major step to ensure keeping the Saudi house in order. Even if King Salman’s rule started with a wobbling attitude towards royal succession, the indisputable empowerment of MBS later on invalidated any doubts about where the ship was heading. On MBS’s watch, the Saudi leadership has espoused an iron-fist policy against political alternatives at home hand-in-hand with a flag-bearer role for leading the call for change in the region. The contradictions that rise thereof and the questions about the sincerity and feasibility of leading change notwithstanding, MBS has been given a certain leeway to implement his policy of economic reform and religious moderation. In any case, the top-down reform process would prove consequential for the viability of the Saudi state.

On a broader note, the Saudi Kingdom is a status quo power that aims to perpetuate the post–colonial order in the Middle East, which has assigned the al-Saud dynasty economic, security and spiritual leverage. Building on these advantages, the Saudi foreign policy rests on American security umbrella, petrodollars, and the royal family’s role as the custodian of Holy Cities of Islam. Hence, the regime pursues a pro-Western line as a means to preserve the political map of the region and conduct foreign-policy activism against revisionist contenders.

The Arab Spring was essentially a blow to these conventional pillars of Saudi foreign policy. First, the ability to sustain the American security shield has become dubious with Obama’s reticent commitment to the Middle Eastern order. Beyond financial bottlenecks emerging with lower oil prices, the fall of fellow strongmen not only signaled the end of an era but also the inevitability of change particularly with more and more doubtful U.S. backing. This entailed putting their own house in order, which was construed by the Saudi leadership as the need to defy political and ideological alternatives for survival. Such an existential reading of events brought about unwavering Saudi confrontation against the Muslim Brotherhood and Iran.

The Saudi response to the Arab Spring was thus three-pronged. In its early phase, the Arab Spring was above all a domestic security problem for Saudi Arabia. The 2011–2012 Shiite riots in the Eastern Province have shown the need to contain spillover from neighboring sheikhdoms, vindicating military action by the Saudis to repress the demonstrations in Bahrain. The Saudis espoused a Monroe-doctrine type “non-intervention” in Gulf affairs and defied the threat of revolutionary Shiite insurgency.

These interrelated challenges also highlighted “the Iranian threat,” in a way projecting Tehran as the instigator of conflict. In general, the Iranian threat has been instrumental to deflect attention from domestic challenges and the vital need for uniformity. Standing against the Iranians empowers the Saudi leadership at home vis-à-vis Islamists groups grieving for the rollback of Sunni sphere of influence from Iraq to Syria, Lebanon and Yemen. Even if there was a strong sectarian element in the Saudi-Iranian confrontation, political expediency played its part in putting Saudi Arabia at loggerheads with Iran after the Arab Spring. Yet the Iranian threat also has had a dual use in approximating Saudi foreign policy with the United States and pro-Western axis in the Middle East, namely UAE, Israel, Egypt, Jordan, and Bahrain in the name of counterrevolutionary alliance.

Taking action against the early domestic and immediate external threats, the Saudi establishment has moved to strike Iran’s regional assets in the second phase. Yet despite military activism and confrontational proxy wars, the Saudi kingdom failed to decouple the Iranian link to the Mediterranean to exhaust the Shiite presence in Iraq, Syria, Lebanon or Yemen. Under current conditions, the regional balances certainly do not favor the Saudis, which in turn works to further augment the Iranian threat.

Last but not least, Riyadh unwaveringly opposed the resurgence of political Islam of the Muslim Brotherhood, which emerged as the most viable alternative to the Sunni monarchical regimes from Egypt to Libya, Tunisia, Syria and Yemen. Against the uncertainties of the Arab Spring, the Saudis did not initially confront the Muslim Brotherhood governments in power in order not to further complicate the semblance of regional stability. Egypt’s elected political leader Morsi’s first foreign destination was Riyadh, but the Saudis were far from supportive. As such, the Saudis not only publicly renounced the fall of Mubarak, but also deferred vital financial assistance for the new government. While like-minded countries such as Turkey and Qatar provided sizable financial support to the newly elected Muslim Brotherhood governments, the United States wavered by insisting on painful IMF recipes, and Saudi Arabia and other GCC countries simply looked away. The later course of events, especially in Egypt, epitomized the importance of the GCC’s financial support for the viability of the pro-Western Arab regimes.

With the dominance of the military-intelligence apparatus in Egyptian politics and the Israeli anxieties about Islamism of any sort, Saudi Arabia did not have to convince Western partners to stay silent against the military takeover, which was thought to reinstitute the ascendancy of the pro-Western Saudi bloc in the regional balance of power. As a result, the muted Western reaction in Egypt worked to repair the shaken but unbroken link between Riyadh and Washington. Saudi Arabia and the UAE came out in full support of the Sisi regime, providing vital financial and political support. Meanwhile, earlier Saudi attempts towards rapprochement with Russia and China did not yield concrete returns, demonstrating the limits of substituting for the American security shield.

The Saudi Kingdom strategized to maintain the balance of power in its favor by securing like-minded regimes in traditional allies like Egypt and Yemen, and by countering Iran’s aspirations for regional hegemony in Syria. To that end, it unleashed the sectarian card, believing its vast financial resources would stem the tide of change. Saudi Arabia’s regional projections heavily rely on a securitized perception of authoritarian survival at home. Riyadh has been successful in preserving the integrity of its own borders, and keeping the transforming impact of the Arab Spring away. However, the cost and durability of its broad-based game plan has indicated a clear overstretch in Saudi policy in the aftermath of the Arab Spring.

The rejectionist Saudi response against calls for change not unsurprisingly engendered pitfalls before the ultimate Saudi goals for security and stability. The inability to co-opt alternative forces undermined the moves for Sunni unity. Without sustained and consistent American support, the GCC lost its semblance of uniformity and, even worse, turned against itself. The Saudi policy of keeping the regional fire away still kept the fire aflame and ran the risk of turning into a structural threat against pro-Western Arab monarchies. Above all, the helter-skelter attempts to manage change and the test of royal succession put the country into a risky trajectory of domestic uncertainty complemented with foreign adventurism.