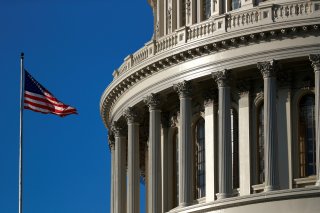 Given President Donald Trump’s drop in the polls, Republican foreign policy hands should usefully engage in a thought-experiment: what would be the aftershocks of a victory by former Vice President Joe Biden?

Biden would do more than resurrect the Democratic party’s liberal internationalist elite. In keeping with a restoration of the eastern establishment, he might pepper his appointments by reaching across the aisle to Republican mandarins such as Richard Haass, president of the Council On Foreign Relations, and Robert B. Zoellick, the former World Bank president. That might not be too difficult, since Biden’s concessions to the Left would be mainly in the domestic sphere. Moreover, such appointments would allow Biden to rhetorically claim the mantle of not only the Democratic foreign policy tradition, but of the pre-Trump Republican tradition as well. In such a circumstance, one could envision Republican titans of yore, namely George Shultz and James Baker III, issuing Olympian statements of support for the new president’s foreign policy team.

Meanwhile, the Republican party itself in the weeks after this hypothetical defeat of President Donald Trump would be left with the refuse: America First and protectionism.

Though Biden would be forced to adopt a harder line towards China and trade than former President Barack Obama, that harder line would fall within boundaries acceptable to the establishment. At that point, post-Trump Republicans would face an inconvenient truth: that ever since Franklin Delano Roosevelt, internationalist parties tend to win American elections and then go on to govern for many years. Indeed, Dwight Eisenhower, Richard Nixon, Ronald Reagan, and George H. W. Bush are part of the Republican foreign policy pantheon. Trump’s speeches and statements have repudiated that tradition. Therefore, given how embattled he is as a president, and given how much more the world is interwoven on so many levels than it was when those other men were president, the fate of Republican foreign policy would be highly uncertain.

Indeed, protectionism and neo-isolationism have no place in a political party seeking to remain relevant for many years ahead, in a world where America should seek to lead, and where populism may yet prove to be an epiphenomenon. Hans Morgenthau, perhaps the greatest realist of the 20th century in the United States, called for restraint in foreign policy - but he also warned against neo-isolationism. It was a fine balance he sought. In fact, Republican realism has thrived whenever it occupied an internationalist mindset: witness Shultz, Baker, and Henry Kissinger. It was a realism that embraced both international responsibility and a hard, moral interest in peoples suffering under Communist tyranny, yet it did so without being susceptible to liberal-left impulses about negotiations and diplomacy as ends in and of themselves. This Republican sensibility was American; not global. It knew that interests come before values, since values have greater traction when they emanate from interests. And while these Republicans cooperated with international institutions, they knew that such institutions were mere mirrors of the allocation of power in the world. They were neither unmoored from traditional patriotism in the way of today’s global elite, nor nativist in the way of many Trump supporters.

Nationalism is required in healthy doses. Unless one is emotionally loyal to a specific geography, one has no credible reference-point from which interests can be projected abroad. But nationalism can be taken too far, to the point where dangers gradually accumulate in distant quarters beyond one’s own geography.

In a world where globalization means the advance of Chinese supply chains, the plague of Russian hacking and cyber-crime, and of pan-Islamic extremists operating far from the Middle East; where crises can migrate from Ukraine to Venezuela because of Russian involvement, and from the South China Sea to the Red Sea where the Chinese also have a military base - to say nothing of viruses radiating from China and sub-Saharan Africa - concepts like “restraint” and “offshore balancing” have a sepia-toned ring. Such concepts seek pivotal U. S. involvement only when the balance of power is overtly threatened in key parts of the world, and ask allies to share more of the burden. Restraint and offshore balancing, when applied too literally, are meant for a more mechanical and less ambiguous age; not a messy, interactive earth where little is overt  - where Chinese interests start to envelop southern European economies and Russia seeks to further entrap western European economies in a dependency on Siberian natural gas.

As an old Nixonian adage put it, never tell your adversary what you’re not willing to do. Likewise, never publicly declare that you are willing to fight in some parts of the world but never in others. Keep your adversaries guessing, or else there will be a scramble for influence from outside powers in the areas that you have rhetorically abandoned. In other words, offshore balancing publicly telegraphs what should be kept confidential. As for allies sharing more of the burden, that is a fine goal, but in truth, any perceived lessening of U. S. support will further demoralize them.

Of course, restrainers and offshore balancers have a very powerful point to make against ardent interventionists, who believe that America’s historical experience is more relevant to complex Islamic societies than their own historical experiences. Given the incalculable loss of life and expense, no one can begrudge the opponents of “endless wars” in the Middle East. But the fact is, American deployments in the Middle East began winding down under Obama, have continued to do so under Trump, and will likely contract further in the next presidential administration, since neither Trump nor Biden have evinced any sustained interest in ramping back up those deployments. It is a receding issue, not one over which you can define an entire forward-looking foreign policy agenda - except when used as a pretext to scale back alliances and other commitments. In this way, “restraint,” as those seeking a complete exit from the Middle East call it, unfortunately runs the risk of going beyond Morgenthau’s original intent and becoming code for neo-isolationism world-wide.

Republicans and Democrats alike primarily face the challenge of great power competition with China and Russia, now occurring in a noisy context of a pandemic, climate change, technological upheaval, and tumultuous economic and political disruption in the developing world. This is a world that will see not only a struggle for markets, 5G networks, and military advantage, but for reputation in a media-obsessed global environment. There is no framework here for any sort of neo-isolationism. Only deep engagement and an inspiring, unifying vision will suffice. Republican internationalists know how to confront this task without losing sight of American national interests; how to compete with China and Russia without hysterics and without getting into a war, and also while reassuring allies.

Republican internationalism helped bring America through the Cold War and was specifically responsible for its successful and peaceful conclusion under Reagan and the elder Bush. It has more miles to run, now that a second cold war might conceivably be in our midst. It is a tradition worth preserving, since even if Republicans lose in November, the moral health of the country necessitates that both major parties have credible foreign policy positions.

Robert D. Kaplan holds the Robert Strausz-Hupé Chair in Geopolitics at the Foreign Policy Research Institute. He is the author of “The Good American: The Epic Life of Bob Gersony, the U. S. Government’s Greatest Humanitarian,” forthcoming with Random House in October.