A Scary Thought: Could America Become the Next Greece? 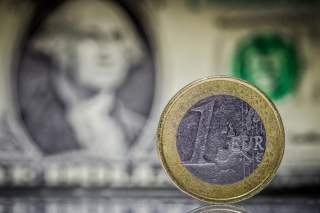 In June, Greece defaulted on a $1.73 billion payment to the International Monetary Fund. In a national referendum shortly thereafter, the Greeks strongly rejected European conditions for receiving yet another bailout. For the first time in the Eurozone’s history, the exit of one of its member countries became a very real possibility.

Athens will get its third bailout since 2009 in return for enacting certain reforms demanded by its European creditors. Among the demands are national asset sales (including privatization of Greece’s power distribution network), labor-market reforms, reductions in public pensions and an increase in the national sales tax.

While the Greek government grapples with implementing these long-overdue yet hugely unpopular reforms, there is a silver lining here: Good labor-market and fiscal reforms can spur economic growth.

Recent research by the International Monetary Fund draws lessons from nine country case studies on how changes in fiscal policy coupled with structural economic reforms, such as labor-market liberalization, drive increases in economic growth. The study notes, “[A]verage growth increased substantially during the decade following reforms in most countries studied: by about 3/4 percentage point on average in advanced economies (excluding Ireland) and by even more in emerging markets and low-income countries.”

Sustainable growth is precisely what the doctor ordered for the Greek economy’s ailment. Increased economic growth would also help reduce Greece’s debt burden—now at about 175 percent of GDP.

While there are important differences between the U.S. and Greek economies, policy makers and the public should be concerned with the dismal U.S. fiscal outlook.

The Congressional Budget Office (CBO) estimates in its alternative fiscal scenario that U.S. publicly held debt will grow to 180 percent (exceeding the current Greek-level) by 2039. Yet U.S. debt is already in the danger zone, dragging down present-day growth prospects.

According to the Congressional Budget Office, “Such a large amount of federal debt will reduce the nation’s output and income below what would occur if the debt was smaller, and it raises the risk of a fiscal crisis (in which the government would lose the ability to borrow money at affordable interest rates).”

The United States differs from Greece in important ways. The U.S. economy is much larger and better diversified. More than half of the U.S. debt is held by creditors within its borders, rather than by foreign entities. Moreover, the United States also creates its own money, enabling it to devalue its currency and debt to avoid defaulting on payments for a lack of cash. This power, when abused, can lead to steep inflation setting off very bad economic consequences that can harm those relying on their savings to get by the most. Lawmakers should not delay fiscal reforms for such extreme measures.

Despite the differences, the fiscal pressures confronting the United States spring from sources similar to those afflicting Greece. Growing spending on public benefits threatens to overwhelm the U.S. economy in the long term. At the federal level, Social Security, Medicare, Medicaid and other health programs consume more than half of the budget, and spending on these programs is growing steeply. After accounting for other benefits, transfer payments make up about 70 percent of all spending in the United States today.

Implementing important reforms to unaffordable and outdated benefit programs has proved to be a difficult feat politically. However, waiting too long on reforms diminishes the ability to phase in major changes gradually, in a way that will protect those who rely on benefits the most and leave others time to adjust to new fiscal realities. Waiting for a major crisis to force reforms, as Greece has done, brings unnecessarily painful austerity.

Greece and other struggling European countries offer Americans a window to the future. If U.S. policy makers and the public take away only one key lesson from what’s happening in Europe right now, it should be to put the budget on a path to balance during good times such as these. The alternative is much, much worse.

Romina Boccia is the Grover M. Hermann Research Fellow in Federal Budgetary Affairs and Research Manager at The Heritage Foundation.