The SEC Should Not Be Setting Corporate Climate Policy 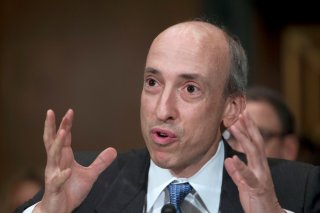 This week, the Securities and Exchange Commission (SEC) will take the next step in demanding that businesses disclose their greenhouse gas emissions and other climate-related information. The SEC’s proposed rule claims to adopt an investor-led approach to climate issues. By mandating the release of climate-related information, the rule would allow investors to take the driver’s seat in urging businesses to respond to climate change and thus enhance their long-term value—or so the theory goes.

But the theory is wrong. To see why it is important to set the record straight. The SEC claims the rule will help investors do something they cannot do now: obtain climate-related information from businesses. But investors are already free to demand such information and to invest only in companies that provide it.

There are many reasons not to want them. One is their staggering cost. By the Commission’s own estimates, the proposal would increase the cost of yearly corporate disclosures more than all previous SEC rules combined. This extraordinary burden would drive companies away from public markets; companies would wait to go public, relying in the interim on private funds and accredited investors who (instead of retail investors) would capture the benefits of successful companies’ early-stage growth. Companies that must bear the rule’s costs would pass them on in the form of lower returns to investors and higher prices for consumers at a time when Americans can ill afford either.

But the rule would cause damage far beyond the Commission’s estimates. It would require many companies to disclose not just their greenhouse gas emissions but also those of their suppliers and customers, many of which are small businesses. Public companies would have no choice but to pressure their suppliers and customers to track and pass along their emissions data. This would be impossible for small businesses, which lack access to high-priced environmental consultants or economies of scale in reporting. The harm to small businesses abandoned by the larger economy does not feature in the proposed rule.

Also unassessed in the rule is the harm done to communities that may be deemed “climate-exposed,” or subject to increased risk of severe weather years or decades from now. The rule requires companies to disclose potential risks to facilities in such regions. Rather than raise red flags for investors, many companies would simply abandon these regions entirely. Widespread unemployment, with the accompanying blight all too familiar to Rust Belt towns, will take hold in these places as old employers leave and new employers refuse to move in for fear of tainting their balance sheets. The Commission admits that companies may avoid certain regions in response to its rule but refuses to predict the cost, financial or human, of that change.

Investors should greet the rule skeptically for another reason: it would sidetrack companies from attending to their core mission of producing the vital goods and services that make American life the envy of the world. The disclosure regime Congress enacted in the 1930s is straightforward. Company boards and management may run their businesses as they see fit; the securities laws require simply that they disclose to investors the opportunities and obstacles that may impact their bottom line. This approach, sanctioned by the Supreme Court, is known as the “materiality” standard. But the rule would chart a different course, requiring all companies to disclose their greenhouse gas emissions and much else besides—even when that information does not affect risks and returns.

The effect of these disclosures is easy to predict. No one likes to look like a bad apple. Even companies whose emissions are immaterial will feel pressure to lower them by shutting down older facilities, installing costly emission-control technology, or discontinuing products and services. The rule would effectively divert corporate resources toward the pursuit of aggressive climate policies, at the expense of core missions such as growing food, developing new medicines, or fixing our crumbling supply chains.

Nowhere is this co-opting clearer than in the astounding requirement to disclose how often a company’s board speaks privately about climate-related risks. This provision, a first in this country, would hijack companies’ most sensitive deliberations and give the SEC a seat in corporate boardrooms across America. You may wonder how a provision compelling speech about speech could pass muster under the First Amendment. It’s a good question. But even if courts strike it down, that the SEC would even propose this provision tells us all we need to know about the agency’s approach to rulemaking.

Of course, some Americans would celebrate the deployment of corporate America against climate change through a disclosure-based regime. That policy has its advocates in Congress. But so far, they have not convinced the American people that it is the right way to go, which is why lawmakers have already refused to enact that policy. The SEC has no business setting a climate policy that the people’s representatives in Congress have rejected.

Paul Ray is the director of The Heritage Foundation’s Roe Institute for Economic Policy Studies.