Second-Order Effects of AUKUS Will Ripple Throughout the Pacific 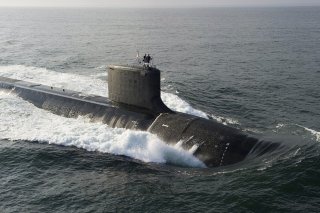 The announcement in early September of a trilateral security partnership between Australia, the United Kingdom, and the United States—known as AUKUS—heralds a new global power structure.

It is a partnership between three countries from outside Asia to form an embryonic alliance against China, the rising power on the continent. Thousands of miles separate each of these countries from China, yet they share vital common interests.

Budgetary challenges have made it increasingly difficult for the U.S. military to maintain a presence in the Indo-Pacific region. The U.S. Navy had fourteen aircraft carriers at the end of the Cold War. Congress mandated a minimum of eleven aircraft carriers in 2011, but the Navy now maintains nine active carrier strike groups. The U.S. Navy’s goal of 355 ships announced in 2016 has already been scrapped with a new goal and new fleet architecture in the pipeline.

A British aircraft carrier presence in the Indo-Pacific region with an air wing of F-35 fighter jets could ease the burden on the U.S. Navy. An Australian fleet of eight nuclear-powered submarines might also reduce the demands on U.S. submarines in the Pacific region. The intelligence gathered by Australia’s new submarines may be shared among the AUKUS countries.

The announcement also portends a shift in strategy for Great Britain. AUKUS represents a third major shift in foreign policy for the UK in the last fifty years. In 1971 it severed commitments “East of Suez.” It joined the EU in 1973, retreating from its connections to Australia and New Zealand. Now it pivots back to Asia, designating this area as the place where its vital interests are at stake.

How does Britain make itself safer by sending an aircraft carrier to the Pacific Ocean and deepening ties with the United States and Australia? The cost of a military presence in the Indo-Pacific region is horrendously expensive, but perhaps Britain catches sight of a quid pro quo. By supporting the United States in the Indo-Pacific region and sharing some of the costs, the free trade agreement it covets so dearly after Brexit may be within reach. Britain may expect the Biden administration to shift track and be more welcoming instead of the hitherto lukewarm attitude.

Without Britain, the European continent faces a rude awakening. It has long been known that Europe is not a global power. Now it has been rubbed in. The question, however, is whether this is so bad for the Europeans. It will force them to rethink a complacent attitude and start to build a credible defense with limited military capability to project power. Russia is normally cited as Europe’s primary military threat, but Moscow’s military capability cannot be compared to what was the case for the Soviet Union. Russia’s foreign policy has also shifted. The likelihood of a Russian attack is remote. Europe is capable of building a credible defense of its own. That capability will give the Europeans more room to maneuver without fear over American rumblings to abandon Europe unless the Europeans toe the line.

If this kind of thinking takes root, then perhaps France and some other European countries may question the role of NATO. Britain may also believe its future lies in a security partnership with the United States outside the confines of NATO and the rest of Europe. However, it remains to be seen whether a shift of gravity from NATO to AUKUS will be in the United States’ long-term interests.

Australia has taken the plunge to deposit its security with the Americans. Questions still remain about what kind of military threats motivated this decision. That has never been spelled out despite numerous studies over the years. China likely fills that role, but it is hard to envision a credible scenario involving a Chinese military attack on Australia.

Still, many countries in Asia would like a counterweight to China’s growing military power and presence. They have previously looked to the United States to fill that role. It is doubtful whether they welcome the decision of the United States to outsource that mission to Australia. In October 2003, then-President George W. Bush raised eyebrows when he hailed Australia as America’s “sheriff” in Asia. AUKUS is in reality a hidden American strategic withdrawal, not what most Asian countries would like.

The majority of Southeast Asian countries have performed a balancing act for years, preferring to avoid a choice between the United States and China. AUKUS complicates that policy. The United States’ attitude has hardened, narrowing the room of maneuver for other countries. It is not yet “Are you with us or against us?” but this posture is getting closer.

Asian major powers are not blind to the reality that the Australian nuclear-powered submarines courtesy of the United States and Britain can also be used against them. Indonesia, a regional power with 271 million inhabitants and Australia’s biggest neighbor, announced shortly after AUKUS that it was “deeply concerned over the continuing arms race and power projection in the region.” India has adopted a studied silence. New Delhi sees itself as the future major naval power in the Indian Ocean. The presence of eight nuclear-powered Australian submarines would complicate that picture. Japan welcomed “the creation of AUKUS, which tries to strengthen the three countries’ commitments to the region.” Japanese officials may ponder, however, where that leaves Japan outside of AUKUS and the Five Eyes yet still linked to the United States by the treaty on Mutual Cooperation and Security. Both India and Japan may review the ramifications of AUKUS for the Quad–a strategic dialogue between the United States, India, Japan, and Australia.

China certainly sees AUKUS as a factor to be reckoned with. The day after its announcement, China filed an application to join the Comprehensive and Progressive Agreement for Trans-Pacific Partnership (CPTPP). This economic agreement was formed by eleven countries, including Australia and Japan, when President Donald Trump withdrew the United States from the Trans-Pacific Partnership (TPP) in 2017. The political objective and the strategic importance of TPP motivated President Barack Obama’s statement in 2015 that “America will write the rules of the road in the 21st century.” The basic idea behind CPTPP was to start without the United States and hope that it would eventually join. This has not happened. Instead, China knocks on the door. That poses an awkward dilemma for Australia and to a lesser extent Japan. The obvious way out is to press the United States to join, but even if the Biden administration is willing to do so it is highly doubtful whether an agreement will pass Congress. Meanwhile, Australia has to decide whether it will acquiesce to Chinese membership. China can be expected to adopt negotiating positions sufficiently passable to make it difficult to reject its application.

Darwin, the capital of Australia’s Northern Territory, is now earmarked to be one of the largest military bases in the world. Australia’s northern coastline is remote, making control of who comes and who goes easy. The United States and Australia have already begun; U.S. Marines have rotated through the area for the last 10 years. One potential snag is the 99-year-lease of the commercial port to Chinese state-owned enterprise Landbridge entered into by the government of the Northern Territory in 2015. Landbridge describes itself as a purely commercial company, but Australia and the United States allegedly want Landbridge out. The presence of a Chinese company looking over their shoulder is disquieting. If Landbridge is outed, it seems a likely effect of the new alliance with the United States.

Unfortunately, one of the lessons from history is that a country designated as an enemy may strive to live up to that label. Whether China reciprocates is guesswork, but China could certainly begin looking for allies of its own.

An obvious first step for China is to upgrade its existing cooperation with Russia. Another move could be for it to enhance its footprint in the South Pacific with heavy investments. A Chinese military presence in the region may be unlikely, but uncertainty about whether those fourteen island countries could tilt towards China may worry the United States and Australia. Additionally, Chinese planners will be aware that France, which has been offended by the submarine deal between the United States and Australia, is a major Pacific power with French Polynesia stretching over two thousand kilometers in the South Pacific. Iran and North Korea also loom as Chinese partners. It is not clear how much weight China carries in persuading Iran not to develop nuclear weapons and convincing North Korea to give up its arsenal, but AUKUS will hardly make these efforts easier.

It is an open question whether political leaders in the United States, Britain, and Australia have made an adequate analysis of the after-effects of the AUKUS announcement. If the underlying interests are not sufficiently robust, then changes in political leadership in one or more of the three countries may yet cause a reversal. This is especially true for Britain and Australia when it dawns on them that the costly military hardware cannot be used to pursue their own national interests if it’s adversarial to the United States’ interests.