The Secret Story of How America Almost Forged Israel-Syria Peace 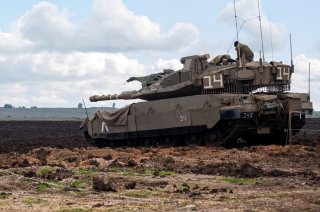 Frederic C. Hof, Reaching for the Heights: The Inside Story of a Secret Attempt to Reach a Syrian-Israeli Peace. (Washington, DC: U.S. Institute of Peace Press) 216 pp., $24.95.

United Nations Security Council Resolution 242, agreed by all parties to be the basis for an enduring peace between Israel and its Arab neighbors, indisputably commits Israel to the eventual return of its three occupied territories: the Sinai Peninsula, the West Bank and Gaza Strip, and the Golan Heights. To a certain extent, the issues surrounding the first two of these territories have been publicly taken up, if not necessarily resolved.

Israel’s willingness to address the issue of its third occupied territory is far less certain. The Knesset, Israel’s parliament, formally annexed the Golan Heights in 1981, and tens of thousands of Israeli settlers have since moved in. Successive Israeli governments have cited the heights’ strategic value, the need to protect Israel’s water rights along the Sea of Galilee, and the perceived unreliability of Syrian presidents Hafez al-Assad and his son, Bashar al-Assad, as reasons to delay Israel’s acceptance of Resolution 242. When U.S. special envoy Frederic C. Hof visited Jerusalem in June 2009, he found the Israelis willing to offer smaller concessions, but extremely reluctant to envision a total return of the heights. In his discussions, Hof attempted to secure an Israeli “deposit”: a public and explicit (albeit highly conditional) commitment to withdraw in a series of steps from the Golan Heights if its security needs were met by Syria. Such a commitment had been previously floated by Israeli negotiators during the 1990s, to no avail. In 2009, with the accession of Barack Obama to the White House, the United States tried again.

Syrian negotiators, including then-Foreign Minister Walid al-Muallem, were receptive to negotiations if a “deposit” could be secured, but an Israeli commitment remained elusive. When Hof visited Jerusalem, he attempted to explain the concept to then-Likud lawmaker Benny Begin:

Benny, imagine you are a new car dealer. But your dealership is unique: You have a wide variety of makes and models, some cheap and some ruinously expensive. Here comes a customer: let’s call him Syria. Syria sets his eyes on the most expensive car in your showroom: a fully loaded, gold-plated Lexus. He pulls you aside and says, ‘Mr. Begin, let’s discuss the price of this Lexus. Don’t try to distract me with a Fiat or a Chevy. I may not be able to meet your price, but all I want to discuss is the Lexus and its price; nothing else.’ Benny, this is ‘the deposit.’ It’s simply your agreement to negotiate the price of the Lexus. You’ve made no advance commitment to give the customer title to the car. And you may never agree on the price!

Begin thought about it a bit. A smile began to take shape. “Fred, this is the clearest explanation of ‘the deposit’ I have ever heard. I get it completely. There’s only one problem.” Pausing for dramatic effect, he looked me straight in the eye and elevated his right index finger. “The Lexus: it’s not for sale!”

Convincing the “car dealer” that the “Lexus” should be for sale is a large part of Reaching for the Heights, Hof’s new book. Israelis wanted Syria to make peace without having to give the Golan Heights back; Hof had to emphasize in his repeated conversations with Israeli officials that such an approach was doomed from the start, increasing Israeli reluctance.

On the other hand, even Prime Minister Benjamin Netanyahu understood what a monumental shift a Syrian realignment would be for Israel’s security—and, as Hof recounts, ultimately deemed it to be worth pursuing, even at the cost of the Golan Heights. If the proposed agreement, ultimately accepted in principle by both Assad and Netanyahu, was implemented in full, Syria would completely sever its geopolitical ties to Iran. Lebanon, over which Damascus continued to exercise considerable influence even after the withdrawal of Syrian troops in 2006, would swiftly follow suit and make peace, surrounding Israel on all sides with friendly nations for the first time in its history. Cut off from its patron in Tehran, Hezbollah would wither on the vine; Hamas would lose a key ally; and the Palestinian Authority, seeing the writing on the wall, could be prompted to negotiate a long-awaited settlement with Jerusalem.

The book is a painstaking chronology of Hof’s Kissinger-esque shuttle diplomacy to achieve this outcome. The first order of business was to identify exactly what would be given back; the “armistice line” from 1949 was inherently open to reinterpretation and was complicated by a competing Lebanese claim on part of the territory (which Syria, naturally, refused to acknowledge). Israel wanted to protect its territory against future militant incursions, as well as its water rights. Both countries sought to protect their appearances, as did Washington, where the Obama administration was reluctant to engage with a brutal (though not yet mass-homicidal) authoritarian regime in Damascus. For much of the book, Hof’s negotiations are secret not only from the press, but from the rest of the executive branch.

For all these thorny issues, Hof made surprising progress. By early 2011, a provisional draft agreement had been made, albeit with minor outstanding issues, and presented to Assad. “Mr. Hof,” he replied, “please tell President Obama I agree to it all.”

Then it all fell apart. Three weeks after Hof’s triumphant meeting with Assad, as the Arab Spring spread across the region and successive despots fell to mass protests, Syrian authorities caught a group of boys in the southern city of Deraa writing anti-Assad graffiti on a wall. The rest is history.

Could the prospect of a deal have pushed Assad to take a different course? Hof speculates on what he characterizes as a missed opportunity: at the outset of Assad’s crackdown on Syrian protests, he urged colleagues to meet with Assad and emphasize that his actions were endangering the prospect of an agreement. When that failed, he pushed for U.S. ambassador to Syria Robert Ford to send Assad a note outlining Washington’s concerns. In each instance, Hof was shot down; Washington chose to isolate rather than engage Assad, and by August, President Obama had publicly demanded that the Syrian leader step aside. To many at the time, Assad’s ouster seemed a foregone conclusion, and it behooved the Obama administration to be on the right side of history when it happened. “Some five hundred thousand deaths and six million refugees later,” Hof writes bitterly, “we will never know if presenting the choice to Assad might have saved Syria from destruction and spared the United States all the Syria-related foreign policy setbacks and humiliations yet to come.”

That much is true. What is also certain is that the rosy picture Hof paints is an oversimplification. Absent the Syrian Civil War, another issue may have obstructed the peace agreement, be it a hard-right faction in the Knesset or a change of heart from the notoriously mercurial Assad. Nor were Hezbollah and Iran ever likely to accept their prospective geopolitical loss without attempting to disrupt the negotiations.

All of this is purely speculation; we will never know for certain what might have transpired had events gone differently. It is indisputable, though, that the opportunity has been lost. In 2022, Syria remains a global pariah, making any agreement with the Assad regime politically toxic in Washington or Jerusalem. Israel, too, has shifted in its attitudes. In 2016, Netanyahu announced that Israel would never give up the Golan Heights, and in 2019, President Donald Trump recognized Israel’s sovereignty over them, a recognition that the Biden administration has quietly maintained. In hindsight, Hof’s negotiations appear to have been the last realistic chance for an enduring Syrian-Israeli peace.

Most books about diplomacy are chronicles of success. Reaching for the Heights is a remarkable history of, and a series of profound insights into, a failure. Our history is better for having had it.