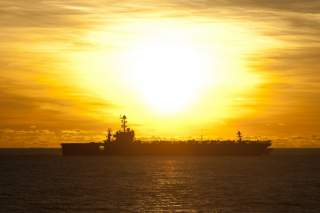 In the wake of recent revelations about the scope and speed of China’s land-reclamation activities in the South China Sea, no shortage of ink has been spilled decrying China’s behavior and calling for strategic responses.

But concerned states are hard-pressed to find easy solutions in their foreign-policy toolkits. No one is seriously discussing military measures or economic sanctions, and China has quickly dismissed criticism that it is bullying its neighbors. Long-standing diplomatic efforts within ASEAN to negotiate a Code of Conduct in the South China Sea have been undermined by the continuing failure of ASEAN countries to abide by the Declaration of Conduct they agreed to in 2002.

The net result is China’s increasingly rapid buildup of rocks and reefs in the Spratly Island chain, where it is building airstrips and other facilities on tiny features subject to claims by at least four different countries. Meanwhile, aside from the geopolitical implications, experts believe the dredging of ocean reefs required to facilitate this expansion is devastating the local marine ecology and contributing to an already dire environmental situation.

The thorniness of the problem is partly a function of the strategic asymmetries involved.

For China, digging up the ocean floor to construct artificial islands may be part of a broader strategy (however legally dubious) to bolster its sovereignty claims in disputes with neighboring countries—an effort the Pentagon refers to as changing “facts on the water.” The region is home to potentially huge oil and gas reserves, as well as rich fishing stocks, and China’s strategic interests in these resources are complemented by the expansion and projection of its naval defense capabilities.

For the United States, which takes no official position on the territorial disputes between China and its Southeast Asian neighbors, the interests are more generalized and indirect: freedom of navigation and commerce, peaceful resolution of disputes consistent with international law and the potential damage to U.S. credibility of failing to support allies against destabilizing conduct. Another dimension of asymmetry is the power differential between the People’s Republic of China (PRC) and smaller neighboring countries, whose conflicting claims (and their own prior reclamation work) put them at odds with China’s maritime ambitions.

Attempts to level the strategic playing field in the South China Sea are already underway. In 2013 the Philippines launched a legal case against China under the dispute settlement procedures of the UN Convention on the Law of the Sea (UNCLOS), seeking a ruling from an arbitration tribunal on the status of certain features China occupies and challenging its controversial “nine-dash line.” Vietnam recently submitted a statement to the tribunal supporting the Philippines’ position.

Although the tribunal has yet to decide whether it has jurisdiction to hear the case, the Philippines’ strategy of using international law to press its arguments—rather than through negotiations with China—may offer a blueprint for pushing back against China’s recent land reclamation activities. Here is where the environmental consequences of China’s island buildup are poised to play a central role.

Like all countries that have ratified UNCLOS, China has general legal obligations to protect and preserve the marine environment. UNCLOS specifically requires signatory nations to refrain from causing transboundary environmental harms and to take measures “necessary to protect and preserve rare or fragile ecosystems as well as the habitat of depleted, threatened or endangered species and other forms of marine life.”

The treaty also calls upon states to conduct and communicate the results of environmental impact assessments. Importantly, these obligations are largely independent of questions about sovereignty and jurisdiction. And an independent tribunal can be convened under compulsory jurisdiction to interpret and apply them.

If the Philippines or another littoral state brought a claim against China for violation of UNCLOS’s environmental protection provisions, the claimant state could rest its case on the damage being caused by land reclamation in a region that hosts the world’s greatest marine biodiversity—where fish supply around 22 percent of the average person’s diet yet 40 percent of fish stocks are already depleted; where 70 percent of the coral reefs are judged to be in fair or poor condition; and where the list of endangered species is rising steadily alongside increasing ocean acidification. With this context to support it, the litigant state’s ultimate goal would be a judgment from the tribunal ordering China to change its behavior in the name of environmental sustainability.

Under UNCLOS, even before an arbitral tribunal is convened to address the merits of the dispute, the International Tribunal on the Law of the Sea (ITLOS) can issue “provisional measures” requiring that states take certain actions to preserve the parties’ rights or prevent harm to the marine environment. Thus, it is conceivable that ITLOS or an arbitral tribunal could require China to halt or modify its land reclamation work if it found that these activities pose an urgent environmental threat.

Although ITLOS declined to support Malaysia’s request for a suspension of Singapore’s activities, it ordered the countries to establish a joint group of independent experts to study the environmental effects of Singapore’s land reclamation and propose appropriate mitigating measures. In addition, pending a final decision in the arbitration, ITLOS required Singapore and Malaysia to share information and engage in risk assessments, and ordered Singapore to refrain from any land reclamation that would cause irreparable prejudice to Malaysia’s rights. After one year, the joint expert working group proposed a number of mitigating measures that served as the basis for an eventual settlement between the parties.

China denies that its land reclamation is damaging marine ecosystems, and even contends it is providing neighboring nations in the South China Sea with public goods such as weather monitoring and search and rescue facilities. Experts and officials from other countries offer a starkly different assessment. According to the Philippines’ deputy representative to the United Nations, land reclamation “is causing widespread destruction of the region’s biodiversity” and will “irreparably damage the entire ecological balance” in the region’s waters. On April 13, the Philippines’ foreign ministry spokesperson alleged that Chinese construction has destroyed more than 300 acres of coral reefs and is causing $100 million in annual economic losses to states in the vicinity.

The Chinese government insists it has carried out environmental impact assessments that support its island buildups, but its decision not to release these assessments raises further questions about its compliance with UNCLOS obligations of disclosure and cooperation. An UNCLOS tribunal could demand, at a minimum, that China provide more transparency into its actions and perform environmental assessments.

One question that an arbitration/litigation strategy would inevitably raise is whether an international tribunal has jurisdiction to hear the dispute. This is a key issue in the ongoing Philippines arbitration, where China has refused to participate in the proceedings.

Although China ratified UNCLOS, it issued a declaration refusing to subject itself to the compulsory dispute settlement process for maritime delimitation disputes. This opt-out does not apply, however, to disputes over marine environmental protection.

Furthermore, in the Malaysia v. Singapore case, the existence of conflicting maritime boundary claims did not preclude the exercise of jurisdiction to consider the adverse effects of land reclamation. As such, if China chose to contest the tribunal’s jurisdiction, this time it would find itself on shakier ground.

Even so, the legal process could take years to play out, during which time China might continue to advance its island construction projects. But if the tribunal judged the environmental harms caused by land reclamation to be sufficiently urgent, it could issue provisional measures early in the case requiring prompt cessation or modification of any party’s dredging and island expansion. Or, as in the Malaysia v. Singapore case, it could order some form of independent expert assessment of the damage and the measures needed to address it. In the meantime, the risk that the tribunal would rule against it might cause China to recalibrate the political costs of its actions. This might also catalyze momentum for ASEAN negotiations on a binding Code of Conduct or bolster support for a moratorium on destabilizing actions in the region.

Assuming it got that far, there is no guarantee that China or any other state would agree to abide by an adverse judgment. The adjudicative power of UNCLOS dispute settlement bodies is not backed by force or coercion. Nonetheless, the reputational costs of an unfavorable ruling would be compounded by a failure to comply, potentially isolating China in the court of public opinion and pushing rival claimant countries closer to the United States.

A further obstacle to the arbitration/litigation approach is that China could cry foul on other regional players that have engaged in similarly destructive land reclamation. Virtually all parties to the 2002 Declaration on the Conduct of Parties in the South China Sea have violated their agreements, including in some cases through island construction not entirely unlike what China is engaged in now. The Philippines, Vietnam and other states might worry about being compelled to take their own remedial actions. But as they look at the scale and speed of China’s construction, they may conclude that the prospect of liability is outweighed by their concerns about unchecked Chinese maritime expansion.