Secular Stagnation: The Dismal Fate of the Global Economy? 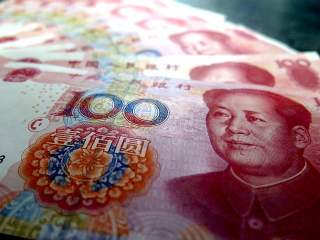 Larry Summers has suggested that the U.S. economy is mired in a permanently lower trajectory of growth called “secular stagnation.” This assertion is not without merit, and there have been loud expressions of both agreement and disagreement. Using his newly acquired ability to blog, Former Federal Reserve chair Ben Bernanke came out staunchly against the notion, but the U.S. economy itself has produced little evidence to counter Summers’ theory as of late. The debate rages on.

For Bernanke, Summers’ argument fails by ignoring the international aspects of U.S. economic growth. But the deterioration in China and emerging world economies may begin to reduce the overall forcefulness of this objection. Bernanke may have been correct to critique Summers’ lack of international perspective. However, secular stagnation may be much more than a U.S. phenomenon. The entire global economy appears to be slipping into a much slower growth mode.

This should be of particular concern to those expecting any sort of acceleration. Few know the true health of the Chinese economy, but there is no doubt that a slowdown in the astounding growth rate of the world’s second-largest economy will have a huge impact.

Using figures from the IMF that adjust for purchasing power, the Chinese economy should contribute growth of at least $1 trillion to the global economy for the foreseeable future, and this translates into a sizable portion of global growth.

The emerging world, a recent source of economic strength, will struggle to pick up the slack of a Chinese slowdown. The emerging world’s quick snap-back from the Great Recession may have more to do with its commodity endowments and developed market monetary policy than anything else. Partly, this is due to its reliance on exports of commodities to China. It simply has no institutions or governance to properly cope with even a moderate deceleration of Chinese commodity consumption.

Commodities, primarily oil, have played a significant role in the U.S. economic recovery as well, stimulating capital spending and employment. This will probably prove to be a moderate bubble driven by Fed policies that maintained low interest rates, a weak dollar and high oil prices. This temporary surge in employment likely masked an even weaker underlying recovery.

U.S. potential growth has declined below 2 percent, meaning that even the current lackluster U.S. economic performance, a combination of slower population growth and productivity (whether it is incorrectly measured or not) may be above its longer-term potential.

Meanwhile, the rest of the developed world fits neatly into Summers’ notion of secular stagnation. Europe is sitting at the lower bound with a significant, and possibly expanding, QE program to spur growth and inflation. Neither has made a showing yet. Japan has been approaching monetary policy the same way for the better part of the twenty-first century. Both economies have disappointed, and their potential growth is probably far lower than economists would like to admit.

Elsewhere, economic growth should come more easily to India than to China (and the rest of the world), but India’s democracy is incapable of mustering the scale of development China’s could. Its growth will be at a far-more-measured pace, and it is unlikely to have the same type of surge that China did.

The possibility of a permanent lower potential growth for the United States, Europe and Japan is neither controversial nor surprising. But China’s troubles came as a shock. The architects of an incredible economic rise unparalleled in economic history, the Politburo and the People’s Bank of China now have some battle scars from their recent handling of the liberalization of the yuan and the precipitous fall in stocks.

And confidence in the ability of the Chinese government to pivot their economy from labor-intensive manufacturing to higher-value-added activities and consumption is eroding. China has built its capacity to produce steel and concrete, but confidence that it has created the capacity for knowledge-based industries is plummeting. Suddenly, there is less confidence that the growth will materialize.

Wholesale economic collapse does not appear to be on the horizon. But the four major economic powers—United States, Japan, the EU and China—may be sliding into secular stagnation. With potential catalysts—such as the Trans-Pacific Partnership and Trans-Atlantic Trade and Investment Partnership—looking ever less likely, the chances for the West to escape a prolonged period of slow growth (or worse) are fading.

China has many levers to pull economically, and stagnation and lower potential growth are relative. But the global hunt for economic growth by central banks will be a persistent source of volatility in financial markets. Without the ability to jump start their economies using traditional monetary policies, central banks will use unconventional policies more often in attempts to remain competitive globally and search for increasingly elusive growth spurts. Larry Summers may have been more correct than he knew.