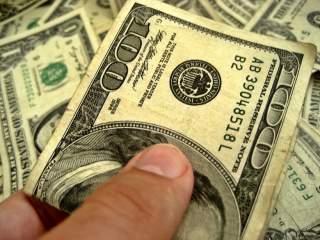 The term “secular stagnation” is an attention-grabbing headline. When economists posit that slow growth is here to stay, it piques people’s interest—and for economists, this is a rarity.

Secular stagnation is ill-defined (it has a definition, but no one has stuck to it), and by being somewhat ambiguous it can mean different things to different people. Broadly, secular stagnation is the theory that economic overhangs will slow global growth, resulting in slower growth for an extended period of time.

But, like many professions, macroeconomists tend to fall into the fallacy of extrapolating broad trends into sweeping statements. These “stylized” versions of an economy are useful in some cases. In the case of secular stagnation, the characterizations are misleading. There are subtleties worth noting.

One of the more important side effects of stagnation is lower (neutral) interest rates. This leads to increased leverage, and likely frequent run-ins with the “zero or lower” bound of interest rates and quantitative (or creative) easing, which are generally expansionary policies. That the global economy is muddling through does not imply that everything everywhere will struggle.

When an economy is healthy, there are plenty of investment opportunities for capital. But when there are few opportunities for growth, there tends to be some chasing. One example is the U.S. shale boom. Spurred by high oil prices—the result of quantitative easing and a weak dollar—cheap debt and booming commodity prices led to what could be considered over-investment in the sector. With interest rates suppressed, the investment yields offered in the oil sector were attractive to investors. The money chased increasingly risky projects, and now—for a variety of reasons—oil is half the price it was a year or so ago. Even in a time of secular stagnation, there will be pockets of economic success.

Global doom and local boom can co-exist. In some ways, secular stagnation may exacerbate the magnitude of local booms. “Local” is not simply geographic, but is better understood as “niche.” It may be a sector, such as technology, or a region, such as Silicon Valley.

One could argue that the housing bubble was a classic example of this type of economic scenario. The U.S. economy had few areas of true economic growth, and persistently low interest rates allowed for a significant bubble. Economists were stuck looking at the aggregate economic data, and few took the time to understand where the growth was coming from. Similar to the consequences of stagnation, excess leverage played a role. The pocket of boom turned to a dramatic bust.

Oddly, monetary policy was purported to have figured out how to mitigate or even avoid the harshest aspects of the business cycle. Now, the business cycle may, in some ways, be harsher than it was previously partly due to the Fed’s zero-interest rate policy encouraging local booms. And until the Fed adjusts to this reality, localized bubbles may inflate more frequently, with little ability for the Fed to intervene.

The question then becomes how to react to this type of economic arrangement of little overall growth but pockets of boom. Without many economic strong points, there is a distinct likelihood of a boom causing problematic busts.

Monetary policy becomes more complicated. Income and wage differentials are likely to spike across geographies, and employment levels and gains will be far less uniform than previous economic cycles.

There are tremendous headwinds to the global economy as China slows and Europe ages. The global economy is not going to experience the high growth rates of the late twentieth and early twenty-first century in the near future. Some of the headwinds are temporary, but others, such as demographics, are long-tailed and will take time to work through.

Secular stagnation does not stifle all things all the time. Because there are so few investments and there is leverage to chase them, the low interest rates associated with secular stagnation accentuate the booms. And the Fed has little ability to control or deflate them, given the general weakness of the economy. Even if there is global doom, there will always be a local boom.