The Future of Securing Global Cities 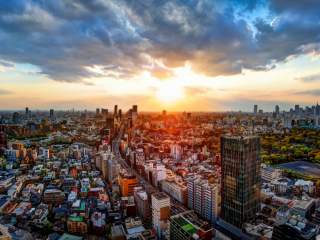 The task of securing global cities is becoming a crucial challenge of our day. Already, half the world’s population lives in urban areas; by 2050, the UN predicts over two-thirds of the world’s population will do so. These cities face threats not only from Al Qaeda, ISIL, the Taliban and like groups, but international drug cartels, human trafficking networks, arms traffickers and street gangs.

Scale is a major contributor to this complexity. As cities grow, their vulnerabilities grow—often in nonlinear ways. A megalopolis of 20 million does not simply face ten times the challenges of a city of 2 million. Whole new patterns often emerge, largely because size creates opportunities for criminals and extremists through anonymity in the large and often weakly governed spaces that emerge in these massive places.

Another factor is resource scarcity. As populations (and population density) increase, resources for emergency services don’t always keep up. In 2013, for example, Nairobi had a population of 4 million—and a single working fire truck. Water is increasingly scarce, partly due to climate change effects as well, in large swaths of the Middle East and Africa. In many places, urban migration is marked by the poorest and most vulnerable in society moving into huge slums, not well-heeled neighborhoods.

At the same time, urbanization means that cities are a key engine of global economic growth. Trade, foreign direct investment and globalization enhance prosperity. But the same movements of people, goods and ideas also create vulnerabilities and make it imperative that metro areas collaborate on security.

Our year-long project is just beginning, but a few principles are already emerging.

First, like counterterrorism and counterinsurgency, the security of cities involves far more than armed forces. Not only military, intelligence and law enforcement organizations, but also law and criminal justice systems, schools, businesses and NGOs are crucial players. Cities need to coordinate how they handle immediate crises, how they anticipate and preempt future challenges, and how they improve conditions in places that are breeding grounds as well as transportation and communications hubs for the world's criminal and extremist movements.

Second, most of the world's natural disasters of the last twenty years, as terrible as they have been, have affected “finite-sized” populations—the Haiti earthquake of 2010, the Japanese tsunami of 2011, the Philippines typhoon of 2013, the Ebola outbreak in West Africa in 2014, and recent Pakistani and Nepalese earthquakes. Even the terrible tsunami of 2004, as tragic as its effects were, primarily demolished small cities and fishing villages in Indonesia and South Asia. The next “big one” could hit Karachi or Lagos or Rio or some other city with multiple times as many people. Even those cities that may seem to have the capacity to handle a future disaster or other type of security challenge on their own could be overwhelmed if their infrastructure fails and millions are left in the dark or cold, without water or food or medical care. Major natural disasters could easily hit cities already engulfed in various kinds of violence.

Third, changes in technology provide new opportunities for securing cities. Alas, they also provide new, secret ways of doing business for transnational criminal and extremist organizations. Cities will need to be supple, and evolve best practices as technologies and political conditions change. Even as they do so, they must remember that securing cities will remain manpower-intensive.

Of course, even as cities are getting bigger, and a higher fraction of the world's population is moving into them than ever before, the globe is also getting smaller. That leads to the fourth point: communications and transportation technologies connect us in unprecedented ways. The very manifestations of much of the planet's growing wealth and sophistication leave us vulnerable in new ways—with San Bernardino, the opioid and meth drug crises and the Zika virus being just three of the latest examples to affect Americans directly.

A fifth and final principle is this: collaboration is central to our research strategy and to solutions to the underlying problem. Cities around the world have already developed many best practices. Much of the challenge is to disseminate them, while sharing insights on how to adapt core principles to various specific circumstances from one region and one metropolitan area to another. Doing so is an important step for strengthening urban security and economic development across the globe.

General Raymond Odierno (Ret., U.S. Army) was Chief of Staff of the Army from 2011 through 2015 and previously commanded Multinational Forces in Iraq; he is a Senior Advisor at JP Morgan Chase. Michael O’Hanlon is senior fellow and director of research in the Foreign Policy Program at the Brookings Institution.