Securing Sovereignty: When Should America Weigh In? 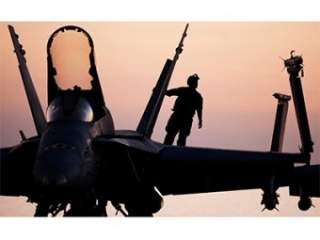 In mid-February, the United States government’s long-standing position that it does not opine on sovereignty disputes in the East and South China Seas was given an important and long-implicit caveat: Washington does insist that all sovereignty claims accord with international law, and as has long been stated, these cannot rely on coercion. This position, articulated in testimony by Assistant Secretary of State for East Asia Daniel Russel, took on new significance just a few weeks later, when Moscow unilaterally upended Ukrainian sovereignty in its occupation and annexation of Crimea. This updated position on Pacific maritime disputes and ongoing events in Eastern Europe raise an important question: For the United States, which aims to protect the status quo and the international legal principles that support it, when is the right time to opine on a sovereignty dispute? The Ukraine crisis has demonstrated that there are several reasons why it may be advisable for the United States to take a position on some Pacific sovereignty disputes sooner rather than later if Chinese maritime revisionism persists. This is because deterring prospective opportunism may be easier than compelling a challenger to reverse course once he has executed a fait accompli. There are also, however, several drawbacks to clarifying sovereignty positions too soon, and these must be enter into calculations as Washington considers whether and when it should update its public position on maritime sovereignty disputes.

Washington’s longstanding position that is does not comment on sovereignty claims in the East and South China Seas, including those that involve its treaty allies, has some clear advantages. In any given maritime conflict, the United States has a limited national interest at best, and taking sides could commit it to a future conflict in which it has little stake. This nuanced position allows Washington to minimize the risk of moral hazard by allies and leaves some room for maneuver in the case of crisis. It also permits the possibility of accommodation with Beijing over these disputes, and major-power cooperation more broadly.

US reticence on sovereignty disputes may have its limits, however. As analysts have observed, American officials have increasingly taken a firmer line when it comes to China’s maritime claims. This reflects an important reality: Beijing’s use of coercion in the South and East China Seas has been undeniable in recent years. Whether or not this is part of a long-term, calculated strategy remains to be seen, but there is no doubt that Beijing has engaged in moderate revisionism of the status quo that contravenes international law. China’s so-called “Nine-dash Line” map is of questionable legality, and efforts to impede freedom of navigation violate the UN Convention on the Law of the Sea. Washington cannot know if Beijing actually intends to acquire all of the maritime areas it claims. But US attempts to cooperate with and to dissuade Beijing from opportunism may be more effective if Washington determines for itself what may constitute unacceptable infringement on the status quo, and considers the conditions under which it may revise its position on specific sovereignty disputes.

Russia’s flagrant transgression of its neighbor’s borders helps to illustrate why policymakers may want to reconsider their silence on sovereignty disputes under the right circumstances. Since its occupation of Crimea, top US officials, including President Obama and Secretary of State Kerry have been unequivocal in their condemnation of Moscow’s violation of Ukrainian sovereignty and blatant disregard for international law. Respected analysts have reminded us that in the late 20th and early 21st centuries, borders are no longer changed through force and cannot be if a rules-based international order is to be upheld. As officials have widely admitted, however, there remains little recourse for rolling back Russia’s annexation of Crimea. This reflects the fact that it is more difficult to compel a challenger to reverse a course he has already taken than it is to deter an opportunist before he makes a controversial move. One would be remiss to draw extensive parallels between Crimea and Pacific maritime disputes—the former is a large, inhabited peninsula with a long history of cultural and political ties to Russia, while the latter largely consists of uninhabited atolls. But it would also be a mistake to ignore the important lesson that disputes cannot easily be resolved in favor of the status quo once sovereignty has been undermined.

There are several reasons why it is difficult to convince a challenger like Moscow to change behavior once it has conducted a fait accompli. First, any time a limited land grab takes place there is always likely to be an asymmetry of interests between the challenger and other major powers who aim to uphold the status quo. The revisionist state has strongly-held reasons for its claims, but unless the transgression is massive, other states will necessarily have limited national interests in the object under dispute. Even collectively, they are unlikely to resist the territorial contest with the same force that the challenger advances it.

This, in turn, means that a major military intervention is unlikely to be the tool of choice. Sensibly, there have been few calls for foreign military options in Ukraine. Similar hesitations may abound if China seized one or more of the maritime territories it claims. But this means that the status quo’s enforcers are left to confront militarized coercion with nonmilitary tools.

Third, assuming military options are not pursued, there may be an imbalance of capabilities in the dispute in addition to the imbalance of interests. The current sanctions efforts against Moscow are robust, but may be more likely to dissuade Putin from further coercive action than they are to force him out of Crimea. Even comprehensive, targeted sanctions have slow and diffuse corrosive effects compared to the behavior they are intended to change. Given the asymmetric balance of major-power interests in a sovereignty dispute, the chances are not great that sanctions will bite hard enough to overcome determined military might.

Fourth, and related to the balance of interests, if the sovereignty challenger is a major power, other states will probably have myriad reasons to continue to cooperate with it, despite its limited revisionism. Washington would not be well-served if Russia undermined ongoing multilateral efforts for dealing with Syrian chemical weapons or Iran’s nuclear program, and has to calibrate its position on Ukraine accordingly. Ultimately, success in preventing the use or spread of WMD in the Middle East may be more vital to long-term US interest than the status of Crimea. But this means that once another state has trespassed on sovereignty and contravened international law, options for rollback will be further circumscribed.

These four factors highlight why it may be very difficult for interested parties to compel a return to the status quo once a sovereignty violation has occurred. Some of these very same considerations, however, help to explain why policymakers are not quick to abandon the longstanding neutrality position in the Pacific in favor of clearer deterrent signaling to dissuade a challenge from occurring. Weighing in on sovereignty disputes sooner rather than later may provoke Beijing and exacerbate a security spiral, which may be inadvisable given limited US interests in those disputes and the obvious need to work with China on a host of other issues.

If China’s maritime coercion becomes chronic and it continues to press the boundaries of international law, however, Washington may want to revisit its strategy, rather than face the challenges of compelling Beijing once a serious violation has occurred. This may include recalibrating its position on sovereignty disputes. Rather than drop the neutrality stance altogether, US officials may consider tailored revisions to the public position following serious coercive challenges to the status quo. If, for example, Beijing takes flagrantly provocative actions over the Senkaku/Diaoyu Islands, Washington may consider removing some the calculated ambiguity from its stance on those islands. Rather than reiterate that the US-Japan treaty applies to the Senkakus by virtue of Japanese administration, it may simply state that the security guarantee applies, full stop. If there is an uptick in aggressive Chinese activity around the islets, US officials may want to communicate to their counterparts in Beijing that they are considering this change in position, and that it may be implemented if customary international law is not respected.

Going forward, Washington will need to dissuade moderate revisionism in the East and South China Seas that contravenes international law, while simultaneously seeking a cooperative relationship with China. The Ukraine crisis is a stark reminder of how difficult it is to reinforce a territorial status quo once it has been revised. Policymakers would therefore be wise to consider what actions by Beijing would prompt the US to revise its position of neutrality on territorial disputes, and how it might do so in a precise and tailored manner, for the purposes of strengthening deterrence. Preferable to this, of course, would be a peaceful and cooperative East Asia in which the status quo is reasonably stable. Among this month’s lessons from Eastern Europe, must, however, be this fact: securing sovereignty is no easy task.