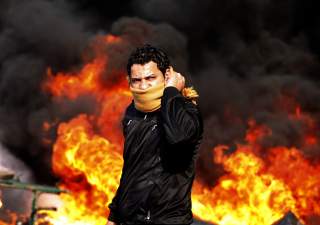 These events underline a crucial new reality of global politics: revelations of high-level, governmental corruption, with their ensuing public anger and tough prosecutions, have become the leading reason for why presidents and prime ministers are being toppled around the world.

Corruption scandals have brought down national leaders—or at least greased the skids of their fall—in at least ten countries this decade.

Citizen anger over government malfeasance erupted into massive protests that drove out the presidents of Guatemala and South Korea in 2015 and 2016 respectively. Legal proceedings against high-level wrongdoing took down Pakistan’s prime minister in July of last year. Brazil’s ongoing corruption Armageddon, which ousted their president in 2016, has entailed grassroots protests and courtroom drama in equal measure. Corruption has provoked the downfall in recent years of prime ministers from multiple European countries, including the Czech Republic, Iceland, Moldova, Slovenia and Ukraine. Corruption was a driver of the Arab Spring, feeding the citizen outrage that toppled heads of state in Tunisia and Egypt in 2011. The only Russian political figure Vladimir Putin appears to fear, Alexiei Navalny, bases his appeal on anti-corruption.

Even when an anti-corruption surge doesn’t drive out the top leader, it may seriously weaken him or her—as has been the case with Israeli prime minister Benjamin Netanyahu and South African president Jacob Zuma—or take out scores of other politicians, as it has in Romania.

Why has the age-old curse of governmental corruption only recently become such a spark for executive exodus? The answer lies in rising citizen expectations for basic governmental competence, manifested in the spread of grassroots efforts seeking greater governmental accountability. Improved access to information often reinforces this people power. Juicy revelations from the Panama Papers, for example, played a signaling role in several cases of corruption-driven political change.

Because political scandals over corruption often draw oxygen from the free spread of information, they are bringing down more democratic leaders than dictators. The latter have better tools to block mobilization, information, or litigation that might challenge their rule. But grassroots anti-corruption protests can surprise even supposedly ‘strong’ autocrats, as President Putin discovered last May. No leader knee-deep in corruption is immune.

While angry citizens are more and more often getting the big prize they seek—toppling the embezzler-in-chief—rooting out entrenched networks of corruption from tainted state institutions is profoundly more challenging. After the departed leader is vilified and perhaps prosecuted, business as usual often continues. As a result, many countries risk descending into a cycle of turmoil, retrenchment and further upheaval. Brazil is a case in point, and Egypt may also be headed in this direction.

Corruption’s role as a driver of political instability should have the Trump administration laser-focused on the issue. This is especially true given the importance this administration attaches to securing stable partners abroad, whether to help fight terrorism or manage rising geostrategic tensions. Focusing on transactional deals with foreign leaders, as Trump prefers, is not a wise approach if it neglects the sources of change that may undercut those leaders, and thus those deals.

Trump’s past criticism of the Foreign Corrupt Practices Act, lack of transparency about the lines between his business interests and his role as president, and evident sympathy for wantonly unaccountable strongmen, all cut directly against the direction U.S. policy needs to take. Moreover, experience shows that partnering with other like-minded governments, standing up for the value of active citizen engagement, and championing a free press are all crucial elements of an effective anti-corruption policy. Trump has so far moved the needle backward on all these fronts.

The new National Security Strategy contains at least some references to corruption and its implications for governance, terrorism and American corporate interests. But it doesn’t directly engage with the fact that many U.S. partners may be vulnerable to early exits caused by corruption. Further, as with all components of a National Security Strategy, it will now be up to Trump’s team to move from words to action on the issue. The team will need to grasp implications of the now abundantly clear relationship between corruption and political instability abroad and ensure that U.S. foreign-policy moves this issue to center stage. At the same time, its members will have to work to prevent the United States from becoming one more case in point.

Thomas Carothers, senior vice president for studies at the Carnegie Endowment for International Peace, is a leading global specialist on international policy relating to democracy and governance. Christopher Carothers, a Ph.D. Candidate in Government and an Ashford Fellow at Harvard University, is carrying out research on anti-corruption policies of authoritarian governments.