Serious Tax Reform Will Come to DC This Year 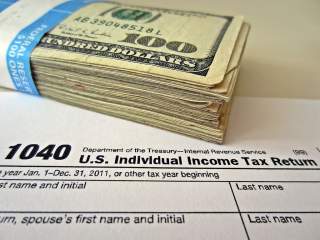 Substantive tax reform will pass in 2017.

Its outlines are clear and the details are congealing.

Keep in mind that the tax-reform package will be passed through the reconciliation process, which requires that changes not increase the deficit in years eleven to fifty. Anything goes in the first ten years, but if the total package is not deficit neutral by year eleven, the legislation expires. This allows the House and Senate to pass fundamental tax reform with only Republican votes. No Democrats’ votes are required—and none is expected.

Donald Trump released his tax-reform proposal during the primary campaign a year ago; his most eye-catching goal was to drive the corporate income tax rate to 15 percent. Obama had flirted with 28 percent. House Republicans were proposing 25 percent. The House Republican Blueprint quickly moved their target to 20 percent.

Trump had not initially included full and immediate business expensing (to replace long depreciation schedules) in his plan. Every other Republican presidential candidate and the House Republicans led with expensing, which dramatically reduces the cost of capital. Trump adopted full expensing.

Capital-gains taxes will be set at 50 percent of the individual rates, for a top rate of 16.5 percent. Corporate capital gains will be reduced from today’s 35 percent to 20 percent.

The emerging Trump/House plan abolishes the death tax and the Alternative Minimum Tax.

The death tax was first imposed to finance the Civil War, and the AMT was imposed to solve a “fairness problem” that was supposed to hit 115 millionaires, and now hits millions of Americans.

The United States will move from its present “worldwide” tax system—where Uncle Sam insists on the ability to tax American companies and individuals, regardless of where they work or are located. This puts American firms and American companies at a severe disadvantage. French firms and French citizens earning income in the United States pay U.S. taxes but not French taxes. Americans working abroad pay both French and American taxes (U.S. law allows limited deductibility of taxes paid abroad).

The bill would allow the estimated $2.5 trillion of American earnings overseas to be returned, after paying an 8 percent tax on cash and 3 percent on fixed assets. After that, all earnings overseas could be returned tax free, forever into the future. American companies are happy to pay a one-time smaller hit and win permanent territoriality.

It is the higher business tax and the worldwide tax system that makes an American company that operates worldwide worth more if it is bought by a Canadian or Belgian company. Corporate inversions are driven, not by wicked foreigners, but by destructive American tax law. The Trump/House plan ends that incentive to invert or move headquarters overseas.

To “pay for” some of these tax reductions, business will lose the deductibility of net interest payments and many smaller deductions. The most controversial changes is making the corporate income tax “border adjustable,” so that when Boeing exports a plane worth $100 million it deducts $100 million from its reported income, and reduces its tax liability by $20 million in taxes ($100 million × 20 percent). An importer bringing in a $100 product must add the $100 to its taxable base and pay $20, or $100 × 20 percent. This does raise the cost of imports and reduces the after-tax cost of exports. Manufacturers in the United States like this a lot—importers less so. The border-adjustable feature raises $1 trillion over a decade.

Without the border-adjustable feature in the corporate income tax, the tax writers would have to find another $1 trillion in higher taxes somewhere else in the code, reducing spending by $1 trillion in the next decade. The Senate rules insist that the budget changes be deficit neutral (not tax revenue neutral) over years eleven through fifty.

If the tax and budget changes in tax reform do not keep the expected deficits from increasing from today’s expectations, then the tax package expires at the end of ten years. This is what happened to the Bush tax cuts of 2001 and 2003. Both Trump and the House very much want the legislation to be permanent.

This is why the fight over repealing Obamacare was, and is, important. The American Health Care Act (AHCA) would have repealed $1 trillion of Obamacare taxes and $1.2 trillion in Obamacare spending over the next decade. It also would have expanded Health Savings Accounts and block-granted Medicaid to the states.

In addition to being good health-care policy—moving decisions to consumers, and having competition, not price controls, keep down prices—it would have lowered the spending and tax projections of the future by $1 trillion a decade. This would have freed up a great deal of running room for tax reform.

If Congress does not double back and revisit its failure to repeal Obamacare last week, it makes fundamental tax reform significantly more difficult. The tax reform would have to be smaller to fit inside the budget rules (a law, not a preference), since reconciliation bills or tax reforms would be temporary and turn into Cinderella’s pumpkin in ten years.

The tax-reform package, like the Obamacare repeal, has been put together by House, Senate and White House leadership over the last year. Even governors have been brought into the sausage-making process—and this explains why both official Washington and the stock market have begun to see this reform as something as inevitable as anything can be in Washington.