7 Pillars for Success in Afghanistan 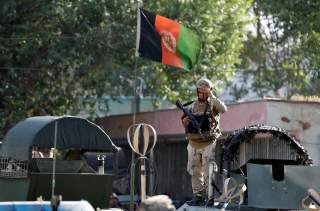 Afghanistan has severely challenged every U.S. administration since the fall of 2001. The Trump administration is debating intensely what strategy, if any, might lead to more success than its predecessors achieved and turn around the “stalemate” on the ground in Afghanistan.

The media focus is largely on the troop numbers, tactics and costs being proposed to put the Taliban and its extremist bedfellows on the defensive and the positions of various U.S. policy makers including the president. A strategy for success, however, is much more complicated than just the issues surrounding security, vital as they are. There are at least seven pillars needed for a comprehensive strategy in Afghanistan: 1) military and security tactics and capacity-building; 2) Afghanistan’s domestic politics; 3) governance and economic performance; 4) Pakistan’s role; 5) options for a non-military solution; 6) international support; and 7) an effective U.S. policy and budgetary process. To only focus on the military pillar is a formula for misunderstanding. Neglecting any of the pillars can lead the enterprise to fail.

Supporters of a continued U.S. role in Afghanistan argue that it is in the national interest to prevent Afghanistan from again becoming a base for terrorists. They argue that success is possible with a sustained, vigorous, multi-year effort without deadlines to bolster Afghan government capacity and to generate sufficient pressures on the Taliban and others to open paths to a non-military solution. This approach, they argue, will prevent terrorists from being able to operate internationally from Afghanistan.

As the U.S. policy debate unfolds, it is important to understand that a pathway to success demands a multifaceted and integrated strategy which addresses security issues well, while deploying effective diplomacy and non-military assistance.

The Taliban gained ground militarily over the last two years. The fighting revealed serious shortcomings in the Afghan military, security and intelligence forces. Nevertheless, many Afghan troops and commanders fought with success and suffered very heavy casualties resisting the Taliban. The Afghan military clearly needed more support from U.S. airpower, intelligence, and Special Forces to counter the Taliban attacks and with that, they have held territory recently. They will need that support and advice for some time to come. In the interim, there is a clear need to clean out poorly performing and corrupt senior officers (in the army, the Interior Ministry and the intelligence service), to add an effective U.S. advisory presence closer to the front lines, and to undertake a serious revamp of training and capacity building programs, including addressing the airpower needs of the Afghan forces. The cleaning out of the Afghan military leadership has already begun with the support of Afghan president Ghani, but it will take time and persistence, as will a revitalized capacity building effort once properly resourced. This cluster of issues was at the core of the U.S. military’s request for more troops earlier this year, and is central to the debate in the Trump administration, which reportedly has included consideration of using private military contractors.

Alongside the vital decisions on security issues, however, are the essential tasks of maintaining an effective partnership with Kabul and other key Afghan actors, including helping to keep the dynamics of Afghan domestic politics supportive of U.S. objectives. The U.S. leadership team in country, the ambassador, U.S. Forces Commander and their deputies, need to sustain and strengthen partnerships to achieve better government performance and to encourage political processes which are perceived as an effective and legitimate alternative to the Taliban. This is tough work. The current government of President Ghani and Chief Executive Abdullah spent much of its first two years in office divided over needed appointments and reforms. U.S. officials and international allies worked hard to help find ways forward and break logjams. The government’s performance has improved over the past year, with more reforms in budget execution and in anti-corruption efforts evident, but much more is needed. In recent months, serious factional splits and more sharp criticisms of President Ghani have emerged, undermining the government’s authority. The major set of “diplomatic” tasks for the United States includes providing support and encouragement: 1) for continued reforms and better service delivery by the government; 2) for Afghans reaching agreements for holding 2018 parliamentary elections; and 3) for helping find ways that the inevitable political divisions as parliamentary and then presidential elections approach not seriously undermine the war effort or the popular perception of the government’s legitimacy. Additional political reforms might be needed along the way. Working this set of issues will be no easy task, but is crucial.

While not nation building, the United States and other donors must continue to work hard with Afghan officials to improve governance performance and to support a return to economic growth. This work ranges from tax collection to building roads and schools, and from delivery of health and other services to encouraging private sector job creation. To maintain and increase the support of the population, the government must be seen as helping to provide both security and other services. For the foreseeable future, U.S. and others’ assistance is essential to keep the government functioning (by filling a sizable budget gap), as well as to sustain improved service delivery and performance. Fighting corruption in the governmental, security and judicial systems is essential. This is work is needed to get better results for the assistance money being spent, but equally important, polls and studies consistently remind us how important it is for building popular legitimacy for the government in the struggle with the Taliban. The focus on better government and less corruption will require skilled, firm diplomacy to overcome resistance by those benefiting from corruption, as well as better results-driven, technical assistance and aid programs. Key will be the political will of those in power. President Ghani seems to be making progress, including with an Anti-Corruption Justice Center, but this needs to be a sustained effort, actively supported and monitored by international donors and U.S. officials.

The other aspect of the civilian assistance pillar is to spark economic growth in the short-term and keep working toward longer-term economic development, including of Afghanistan’s natural resources. Given Afghanistan’s youth bulge, massive unemployment rates and poor economic growth, there is a need for job creation, this means working closely with the government and other donors and the private sector to stimulate the rural and urban economies. At the same time, programs and policies need to support longer term efforts to grow the agricultural and small manufacturing sectors. In this connection, steps are needed to stop the illegal plundering of minerals and other resources and narcotics production, which has soared in recent years and created significant income for the Taliban. The narcotics challenge is a real conundrum, but should be tackled. Simultaneously, the government, donors, and potential investors should move ahead to develop what many studies suggest are abundant supplies of minerals and natural resources. This will not be a near term solution for Afghanistan’s budget needs. The projects will take years, but they will provide some economic benefits and hope. For both economic and governance assistance, a serious review of existing programs should be conducted. That review should consider how to get more U.S. civilian presence outside the embassy walls in Kabul, including to U.S. military bases around the country. The most recent report by the Special Inspector General for Afghanistan flagged this issue.

Pakistan has been a factor of failure and necessity for success in Afghanistan. Washington relies on Islamabad for supply of the effort in Afghanistan, yet the Taliban and other radical groups use parts of Pakistan as safe havens. Many believe this has been with the active support of parts of the Pakistan government and has cost U.S. efforts in Afghanistan dearly. Whatever the reality of Pakistani support for the Taliban and others, to get more success on the ground, the Taliban and similar groups have to be squeezed more in and/or by Pakistan. This is a major challenges in the current U.S. policy review. Can Pakistan’s cooperation be improved with a mix of levers and incentives? If not, should the United States act unilaterally to increase pressure on the Taliban and the Pakistan-based Haqqani network, which is behind many terrorist acts in Afghanistan? How should U.S. policy factor in Pakistan’s nuclear status, its own complicated domestic political scene, and its rivalry with India? Whatever the review’s conclusions, managing relations with Pakistan and its role in Afghanistan will be tremendously important. It will require the intense involvement of senior U.S. officials, in coordination with the ambassador in Pakistan, as well as the use of serious levers of U.S. influence and power, including via the role of third countries such as China and India.

A Pathway for Afghan Reconciliation

Few observers believe that the situation is ripe for a process to bring the Taliban and Kabul together to explore a peaceful solution. But many believe the United States should have the staffing and mechanisms ready to encourage such a political process, talking with Afghans, international partners and others about prospects. This will not be quick or easy, as was evident from failed efforts when the United States and its partners had 130,000 troops in Afghanistan. Many Afghanistan experts argue that pursuing reconciliation needs to be part of a successful strategy.

Coalition tending in Afghanistan has been a busy job for years and will continue to be a challenge for maintaining military and aid contributions from others. Partners are watching for signs of U.S. commitment and the prospects of progress in Afghanistan. Washington will want to mobilize regional and partner support for engendering a more constructive role by Pakistan, for promoting the above mentioned pathway for reconciliation, and for any steps which can enhance regional economic connectivity to bolster Afghanistan’s (and Pakistan’s) economy. In addition to European and Japanese partners, the list of key actors will include Pakistan’s regional rival India, China, Russia and the Gulf States (who’s reported funding of the Taliban has long been a source of concern). Iran, that seems to have begun to play a more troublesome role, can be added to that list as well. While the Trump administration has criticized the overuse of special envoys, this process will require someone who can manage international partnerships, work on potential openings for reconciliation, guide the approach to Pakistan and coordinate policy in Washington.  Whether a special ambassador or a regional assistant secretary, a respected senior official will need to work full time job to help guide this process.

Getting this part of the equation right is vital. The Obama administration was criticized for micromanaging policy from the NSC and setting deadlines which undermined the prospects for success in Afghanistan. The Bush administration neglected Afghanistan as it focused on Iraq. For success, Washington needs a responsive, well-coordinated and real time policy process that links Washington, Kabul, Islamabad and others and can fluidly agree on and provide the kind of decisions and resource support needed. If this is not done well, the harm can be immense. A transparent and credible process for briefing Congress and the public is needed as well, with the aim of maintaining support for U.S. involvement.

Managing all of these pillars in an Afghanistan policy will be complicated, but such a comprehensive strategy will greatly enhance the chances for success in preventing Afghanistan again from becoming a base of terrorists to operate internationally.

Earl Anthony Wayne served in the U.S. Diplomatic Service for some forty years, reaching the rank of Career Ambassador. He held senior positions in Afghanistan from 2009–11. He is currently a Public Policy Fellow at the Woodrow Wilson Center, among other positions.

Image: Security force member stands over a military car before leaving the site of a suicide attack followed by a clash between Afghan forces and insurgents after an attack on Iraq embassy in Kabul, Afghanistan, July 31, 2017. REUTERS/Omar Sobhani