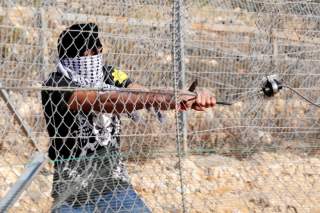 A fundamental change is required in the U.S. approach to the Palestinian-Israeli conflict. In a region where everything else is falling apart, the so-called peace process has become emblematic of failure—failure by Israelis, Palestinians and Americans to assess correctly the current situation and to arrive at a viable, alternative approach. The old pathways simply will not lead to success.

American policy continues to rest on three pillars: First, that a two-state solution can be achieved through direct negotiations, with minimal substantive input from outside parties. Second, that the political cost at home will be too high and the political repercussions in Israel will be too severe to contemplate a more vigorous effort to curb bad behaviors, such as settlements. And third, that the Palestinians share more than half the blame for the failure of past negotiating efforts, in view of their rejectionist stances at Camp David II and in the Annapolis process, and in light of their repeated resort to violence and terrorism.

All of these premises are faulty. The two parties have demonstrated amply that they cannot negotiate the details of a two-state solution and, in fact, cannot even agree on the starting point or principles on which to base negotiations. This fact has been demonstrated time and time again. Second, while there will indeed be political costs for trying to exact consequences for ongoing Israeli settlement activity or onerous occupation practices, this is the ultimate test of leadership: can an administration do what’s right even if there is political pushback? And, finally, while Palestinians share responsibility for peace process setbacks and for violence over the past two decades, they also suffer from being a people under occupation, trying to negotiate their way simultaneously out of occupation and into independent statehood. This is an unprecedented challenge, and the Palestinians have demonstrated amply their inability to overcome the asymmetries built into this situation.

Current American policy, therefore, stands no chance of success, and the risks of doing nothing are much higher than the challenges of engagement. This means doing things differently from the past. Negotiations are highly unlikely to be launched in the near future, and even if they do start, there is zero chance of their going anywhere, given the unbridgeable gaps in the starting positions of the two sides. Both Prime Minister Benjamin Netanyahu and President Mahmoud Abbas are uninterested in substantive negotiations, for different reasons. President Barack Obama appears to have lost interest (or hope) in achieving anything on this issue—and even if Secretary of State John Kerry tries again to arrange negotiations, the parties will cause this effort to fail, thereby further weakening American credibility in the region. Meanwhile the status quo, never static, will continue to deteriorate; witness the current surge in violence.

For the United States, there is an alternative to doing nothing, or worse, doing the same things we have tried unsuccessfully in the past. Now is the time for a strong set of unilateral policy steps by the United States, in pursuit of a longer-term strategy of peacemaking. While maintaining the goal of a two-state outcome while recognizing that negotiations will not take place soon, the United States should take a number of steps that set the stage for serious engagement when the parties are ready and the situation is more propitious.

This new U.S. approach would involve seven policy steps, predicated on a very heavy dose of political will and staying power:

First, the administration should lay out robust, forward-leaning parameters on the core issues that could be used later as the terms of reference (TOR) for negotiations. One example of such parameters can be found online here. The parameters will not be acceptable in their entirety to either side; but they contain enough internal tradeoffs to make them a worthwhile starting point for negotiations at some point in the future.

Second, the United States should then sponsor a United Nations Security Council resolution that embeds the parameters. This resolution would become a successor to UN Security Council Resolution 242, which was adopted in 1967 and which is now woefully inadequate to serve as a basis for future negotiations.

Third, it is time that the United States start defining consequences for bad Palestinian and Israeli behaviors. The administration routinely condemns terrorism and settlements; however, these statements increasingly mean nothing to the parties. In both the Israeli and Palestinian cases, any consequences decided should not include security-related issues such as assistance.

If the goal of a viable, independent Palestinian state is to have meaning, then a fourth step should be to intensify institution building and economic development. Former Palestinian Prime Minister Salam Fayyad took this process far, but more can be done. Related to institution building and economic development is an additional step of beginning the “deconstruction” of the occupation to redress problems of economic imbalance, dependency and underdevelopment. Much work has been done by the Aix Group.

Sixth, the United States should intensify efforts with key Arab states to operationalize the Arab Peace Initiative (API). This initiative, adopted in 2002, is very important, but its implementation should not await the conclusion of an Israeli-Palestinian peace agreement. Rather, a process can be launched, consistent with the API that lends tangible Arab support to the peace steps undertaken by both sides.

Seventh, the United States should extend diplomatic recognition to the Palestinian state, on the condition that Palestinians refrain from engaging in “lawfare” in the International Criminal Court and the International Court of Justice. Palestinian statehood at this stage carries great symbolic value to Palestinians, but will mean nothing without an agreement with Israel on borders, security and all the other substantive issues left to be resolved. While recognition of statehood per se will not influence matters much, it will help Palestinians redress one of the asymmetries that have plagued previous negotiations.

All of these steps can be taken unilaterally by the United States without any expectation of buy-in from the parties. Taken together, these steps will form the core of an ambitious American strategy for advancing peace prospects when the political will and leadership are there in Israel and Palestine.