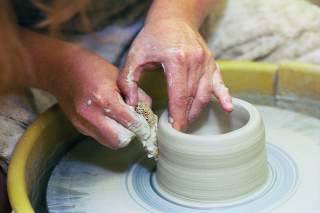 RAYMOND ARON CALLED THE TWENTIETH CENTURY “the century of total war,” and so it was, arguably the worst ever, exceeding even the devastation created by the Thirty Years’ War. As many as 175 million people were deliberately killed, whether in combat or in cold blood—so many on both sides of Europe and throughout the world that it is hard to acknowledge them all. Instead, a selective history of pain and a confining geography of horrors set perverse limits on the casualties we single out over the innumerable others we ignore—each “forgotten” victim an infinity and every overlooked region an offense. Yet, with the United States willing at last to accept the baton of Western leadership from the fallen European great powers, this past century ended, or at least appeared to end, as a triumph of American power and Western values: the very values that Europe had transgressed and the power that America asserted to restore them.

Ten years past the unipolar moment that brought the past century to an early terminus, the traumatic events of September 11, 2001, threatened a new security order, one that transformed George W. Bush, who had preached the virtues of a “humble” foreign-policy approach during his debates with Vice President Al Gore, into an unabashed unilateralist: “Bring ‘em on,” as he incautiously put it. Armed with America’s arsenal of unmatched capabilities, Bush went to Afghanistan the way Bill Gates would go to McDonald’s: with too much money for the place and too little taste for the food. And then, “because Afghanistan wasn’t enough . . . to make a point that we’re not going to live in this world that they want for us,” as Henry Kissinger reportedly said, and as Vice President Dick Cheney clearly believed, the war moved on to a new and even more disastrous theater.

The tumult and bloodshed and agony of the past decade have raised the prospect of significant change in American foreign policy and the public conception of the country’s role in the world. At stake is nothing less than the conviction that American power and world order are coeval. First announced by President Harry Truman in the doctrine that bears his name, this credo was reformulated periodically throughout the Cold War but never lost its hold on the imagination of the foreign-policy establishment. Mostly forgotten during the Clinton years, when the nation seemed eager to take a time-out, even a vacation, from the world, that doctrine was forcefully reasserted by George W. Bush in two wars to which his name remains affixed and which Barack Obama was elected to end. For no matter how vengeful Americans felt after September 11, the abuses of American power, in Iraq especially, proved increasingly repugnant, and the costs of both wars, including Afghanistan, unbearably excessive.

Paradoxically, a fresh appraisal of the uses of American power gained legitimacy when the evidence of failure forced Bush, too, to recognize its limits: even a power without peers cannot remain a peerless power absent allies that are not only “willing” but also capable and relevant. Indeed, remembering the expectations that prevailed in 2009 little seems more ironic now than the realization that the changes that occurred between Bush’s first and second terms in office were more significant than the changes from Bush to Obama. We are all multilateralists now. That is a part of the Bush legacy that Barack Obama did not find hard to adopt.

Not only has America’s perception of its role in the world changed, but so too has the world’s conception of that role. For one, over the past two decades and under three different presidents, this conception has been very much molded by the American performance, not only abroad but also at home. Other “emerging” powers, somewhat dismissively designated as the Rest, have equated a decline in America’s global position with a decline in American power. This is wrong. As was the case for previous such debates, both themes are exaggerated. As America stutters and Europe mumbles, other powers are starting to proclaim their superiority—China flaunts its money, Russia its machismo, India its people and Brazil its vigor. Here are the “BRICs” of a new post-Western world—and here are some of the main parameters of a putative new global order that calls for less of the West and more of the Rest.

Such calls, which seem to invite America to pick up its military toys and go home, have been heard repeatedly before, but they never proved all that convincing. Yet now, in a world in transition—or, better yet, in mutation—the changed cast of non-Western states that are auditioning for global leadership seems to be more persuasive. Thus, at half past Obama, the president and his administration possess scant time to script a new role. Obama is caught between the aspiration to withdraw from Afghanistan, on the one hand, and the inclination to engage in the Middle East peace process, on the other.

THE SENSE OF RETREAT, of course, is not new. “Listening to America” over forty years ago, Bill Moyers only met people, he wrote, who “wanted to talk about the tribulations of America” and who showed “an impatience, an intemperance, an isolation which invites opportunists who promise too much and castigate too many.” About sixty years earlier, the prominent progressive Amos Pinchot had come to similar conclusions. Pinchot asked, “What’s the matter with America?” He feared that Americans had become listless and moribund—“a purposeless people, a nation . . . enamored of strife and motion for its own sake.” He added: “Something is wrong. The great majority of our people have lost faith in the government.” The effects of the Panic of 1907 still lingered on. So did those of the atrabilious presidential election of 1912, when President William Howard Taft struggled for his party’s nomination against his predecessor and former chum, Theodore Roosevelt. Then, decades later, Vietnam and Watergate prompted another spasm of national introspection. America lost its innocence all over again.

America’s debility, you could say, has, in one fashion or another, been accumulating almost forever. A key part of the syndrome has been identifying an ascending power elsewhere. In the 1980s, it was Japan and West Germany that were reintroduced to the world as the next superpowers. Their economic dominance, it was said, presaged the end of the American Century, one already unsettled by a Soviet military surge that some cold warriors, mesmerized by the putative power of totalitarianism, said would prove irresistible. Within a few years, however, the Soviet Union went poof. Then Japan became the next great loser of the post–Cold War world. The lesson is that extrapolations that foretell the “irresistible” rise of some and the “irreversible” decline of others are no plausible substitute for facts that confirm the dominance of some and the fragility of their competitors.

The debate over the relative decline of American power and the consequences of such decline for the U.S. role in the world, then, is a rather otiose one. It is mainly geography that kept the European world away from America, but it is history that brought America into the world when it proved to be the last major power left standing. Yet even at the peak of the Cold War, with past powers recovered, the future of American primacy was never assured. Different U.S. presidents envisioned different futures. John Kennedy’s unbound faith in the primacy of American power sustained his commitment to do everything and more, but Richard Nixon’s reluctant emphasis on limits cautioned Washington to do less of everything. Subsequently, Jimmy Carter and Ronald Reagan held distinct but surprisingly complementary views, with Carter’s preference for restoring America’s good name serving as a needed transition to Reagan’s insistence on renewing America’s primacy.

It was the unipolar moment that created the deceptive sense that America could refashion much of the globe in its own image willy-nilly. But that moment was not so much born out of the rise of American power as from the collapse of everyone else. Over the past decade, the events of September 11 and their geopolitical aftermath, the financial crisis of 2008 and the Arab Spring of 2011 have served as cumulative shocks out of which has emerged the long-predicted polycentric world. For au fond, it was already emerging during the Cold War, when expectations in Third World countries rose after decolonization and when some temerarious nonaligned countries demonstrated their reach in the shadow of two superpowers.

NOW, ENTERING THE NEW CENTURY, the days of ever-deeper U.S. engagement are over: this, at least, is no longer a matter for debate. The overwhelming public opposition to the war in Afghanistan suffices to confirm its closure: two-thirds of the American public now conclude that the war is not worth fighting—an astonishing exclamation mark on a war that had nearly unanimous support at home and abroad when it was launched. “People used to say,” confided longtime Iraqi foreign minister Hoshyar Zebari to Afghan president Hamid Karzai in late 2013, “that no matter what . . . the Americans are here [in Iraq] to stay. . . . But they were eager to leave, and they will be eager to leave your country as well.” Describing such fatigue as isolationism and interpreting a willingness to negotiate as appeasement, however, betrays a simplistic understanding of both nineteenth-century isolationism and twentieth-century appeasement. A decade after 9/11, Barack Obama is resetting the United States halfway between the Kennedy-like forceful commitment to deep engagement and extended deterrence, and the Nixon-like diplomatic turns of selective disengagement and retrenchment. For in the end, and as was the case after each world war waged during the twentieth century—in 1919, 1945 and 1991—this remains an American moment: Obama’s moment.