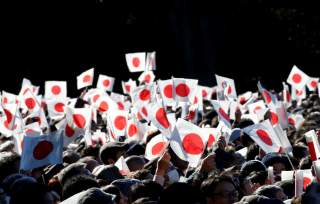 If there is a single figure, who has played the greatest role in bringing about the “Indo-Pacific” age, it’s arguably Japanese prime minister Shinzo Abe. Since his return to power in 2012, he has, with unmatched single-mindedness, dedicated himself to revamping not only his country’s post–World War II foreign policy, but also the emerging post–American world order.

In an influential op-ed in 2012, entitled “Asia’s Democratic Security Diamond,” he laid down one of the most compelling expositions on the inseparability of the Pacific and Indian oceans as a geopolitical unit. “Peace, stability, and freedom of navigation in the Pacific Ocean are inseparable from peace, stability, and freedom of navigation in the Indian Ocean,” This was in fact a reiteration of his 2007 speech at the Indian Parliament, titled, “Confluence of the Two Seas,” where spoke of a “broader Asia” and  “dynamic coupling: between the two vast oceans as “seas of freedom and of prosperity.”

Under his leadership, he vowed that Japan will “play a greater role in preserving the common good in both regions. Less than a decade later, almost all relevant players across Asia, North America, and Oceana, have now embraced Abe’s vision as a geopolitical truism. Former U.S. Adm. Harry Harris, who is of Japanese descent through his mother and is currently the U.S. Ambassador to South Korea, generated great buzz by memorably speaking of a singular geopolitical unit extending from “Hollywood to Bollywood”.

Crucially, the Trump administration wholeheartedly embraced the ideological and normative underpinnings of Abe’s vision, which called for a concert of democratic powers, namely Australia, India, Japan and the United States, amid the rise of China, the preeminent revisionist power of the twenty-first century. Thus, the Japanese leader’s political future, and whether his successors will embrace his strategic doctrine, and the fate of a “free and open” order in the Asia are inextricably interlinked.

A Man with A Mission

In recent years, with almost vengeful dynamism, Abe has overseen many firsts for himself and his country. Under Abe, Japan has adopted its largest defense spending on record, and seeking is its first aircraft carrier and deployed first armored vehicles for overseas military exercises since the end of World War II.

He also became Japan’s youngest leader, at the age of fifty-two, during his first stint in power in 2006, and the first one to be born after World War II. Underscoring his proactive diplomatic streak, he was well ahead of all his peers in reaching out to larger-than-life populist figures, who have upended two of the oldest democracies in the Indo-Pacific region.

Abe was the first foreign leader to meet the U.S. President Donald Trump shortly after his election victory as well as the first foreign leader to visit the Philippines under President Rodrigo Duterte. In an adept display of personal touch, he enthusiastically joined Trump for golf in Mar-o-Lago, while sharing breakfast in Duterte’s home in the provincial town of Davao.

Based on discussions with senior Japanese officials, I was also told that Abe actively pushed for Trump and Duterte to restore frayed bilateral relations during the Obama administration.

And perhaps, there is no leader as globally travelled as Abe. Between 2012–2014, less than two years since his return to power, Abe managed to visit as many as forty-two nations, shuttling across Asia, Africa and Latin America, which is where he pledged large-scale Japanese investments, trade deals, and, most importantly, development assistance. Almost single-handedly, he made Japan a global player for the first time in decades.

After being elected, for the third straight time, as the president of the ruling Liberal Democratic Party (LDP) in September 2018, garnering 553 votes out of a total of 807 by party stalwarts, Abe is well on track to becoming the longest-serving Japanese leader in postwar history. This is a testament to his personal charisma and remarkable political savvy, a dramatic turnabout in political fortunes after a graceless exit from power in 2007.

But it’s also a reflection of the shifting mood in Japanese society that has gone hand in hand with a reconfiguration of power among the political elite. This change is occurring just as the country is grappling with the meteoric rise of China, the consummate marginalization of domestic opposition groups, and profound structural economic challenges amid a deepening demographic winter.

Ahead of his fateful reelection, Abe declared that he was determined to “build a new country together,” promising to “take the lead in handing over a proud and hopeful Japan to younger generations.”

In short, Abe sees himself as a transformational leader, a world-historical figure that will resurrect Japan’s lost self-confidence and dynamism after the “lost decades” of the late twentieth century, where stubborn economic stagnation followed a major slump in the 1990s.

The Other Thucydides Trap

It’s not only pride—the hope to bring Japan back to its days of glory—that is driving Abe’s agenda. It’s also fear, particularly of China. Graham Allison’s “Thucydides trap,” namely the potentially explosive structural frictions between a rapidly rising power and an insecure status quo power, has been palpably at play in Asia.

While the U.S. GDP and military spending continues to pull ahead of China’s, a dramatic role reversal has already taken place in East Asia with most frightening shock to one nation: Japan.

Back in 1990, Japan’s GDP, despite having a population about half of the United States’ and ten times smaller than China’s, represented 15 percent of the global economic output. By 2008, it fell to 10 percent, and is projected to shrink to as little as 6 percent within a decade from now. Between 1990 and 2030, China’s share of global GDP is expected to balloon from only 2 percent to as much as 25 percent.

The year 2008 represented a major shock to Western world, with the Wall Street as the epicenter of the Global Recession. In the case of Japan, however, it saw China ending its long-held status as the world’s second largest economy, effectively retiring Japanese economic hegemony in Asia.

Economic rebalancing has come along with rapid shifts in the balance of military power. At the beginning of the twenty-first century, Japan’s defense budget was 60 percent larger than China’s. Just over a decade later in 2012, it was barely a third of China’s. But it’s more than just a matter of quantitative shift, given China’s growing investments in cutting-edge military technology, which is rapidly chipping away at Japan’s qualitative edge over China.

To Tokyo’s horror, the dramatic reversal in Sino-Japanese balance of power has been accompanied by China’s most overt challenge to Japan’s hold over the Senkaku/Diaoyu islands yet.

In many ways, Beijing’s rising maritime assertiveness in the East China Sea is an attempt at reversing China’s humiliating defeat by Japan in the 1884–85 naval wars, which unleashed a decades-long imperial expansion by Tokyo well inside Beijing’s sphere of influence. This expansion later included the heartland: namely, the acquisition of Taiwan in 1895, annexing of the Korean Peninsula in 1910, and the invasion of Mainland China—beginning with the occupation of Manchuria (1931) and culminating in the 1937 Sino-Japanese war.

Japan’s occupation of the Senkaku Islands and Diaoyu Islands, which were reacquired in 1972 after temporary control by the occupying U.S. forces, served as a painful reminder of China’s humiliating defeats at the hands of a former vassal state. The age-old Zhou Enlai (and later Deng Xiaoping’s) formula of “shelving” sovereignty disputes in favor of economic cooperation gave way to revanchist attempts by Beijing to wrest control of what it believes rightfully and historically belongs to it.

Not long after a series of negotiations over joint exploration deals in the East China Sea in the late 2000s, the territorial disputes reached a boiling point, which threatened to tear asunder bilateral relations. This was particularly the case following the arrest of a Chinese fishing boat captain in 2010 by Japanese coast guard forces in the overlapping areas of claim, which saw Beijing retaliating through imposition of restriction on rare earth exports to Japan. Additionally, these disputes caused chaos during the violent anti-Japanese protests in China two years later, which were a response to Tokyo’s decision to nationalize ownership of the disputed land features in order to pre-empt a similar move by the then outgoing hardline governor of Tokyo Shintaro Ishihara.

As early as the mid-2000s, Abe saw China’s rising maritime assertiveness as a direct threat to Japan’s interest as well as the broader regional order. He correctly read the tectonic shifts in the regional, and more broadly global, balance of power with a great sense of urgency. His solution: the formation of a quadrilateral alliance, or better known as the Quad.

In December 2006, barely three months into his premiership, Abe met his then Indian counterpart, Manmohan Singh in Japan. In their joint statement, the two leaders characterized “India and Japan as “natural partners” and “largest and most developed democracies of Asia”, which have “a mutual stake in each other’s progress and prosperity.” They underscored “the usefulness of having dialogue among India, Japan and other like-minded countries in the Asia-Pacific region on themes of mutual interest.”