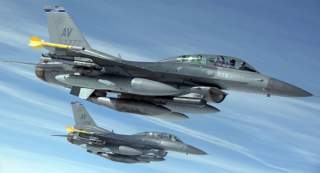 China’s military is growing in terms of raw power and basic power projection. Many of Beijing’s defense investments over the last two decades are aimed at limiting Washington’s ability to intervene in areas that China describes as being of “core interest.” But just how much should Washington worry about it? A good question, for sure. The answer, however, is as not as black and white as many might want it to be. And just how much should America prepare to duel with such anti-access/area-denial (A2/AD) forces in the future?

Let’s start with the obvious: While various A2/AD combat scenarios can paint a decidedly bleak picture for America and its allies in Asia in the event of a conflict with China, there are a number of reasons such a war will never come to pass in the first place. While large trade flows have not stopped conflicts in the past, with U.S.-Chinese bilateral trade now valued at over $550 billion and growing, this vital statistic would likely be an important factor in both sides’ strategic calculus on a path towards some sort of large-scale kinetic conflict. However, as history has shown us, the rise of a new regional great power with the potential to wield hegemonic dominance can spark a security competition, even war. This is one of the key reasons nations in the Asia-Pacific have looked to Washington to provide a hedge or a “buffer” against a rapidly rising China.

One must also consider the simple fact that there have been many so-called “revolutions” in military affairs dating back to the beginning of human history. While China’s version of the A2/AD strategy boasts weapons that have headline-grabbing names, like “carrier-killer,” and are certainly cause for concern, one must look back to the past at how other nations have worked to negate potential changes in how wars are conducted and how new technologies impact modern warfare. One example is China’s DF-21D, the “carrier-killer” itself. The U.S. Navy has faced challenges to its dominance of the global commons at various times in the past. How will America deal with such a challenge this time around? In analyzing the DF-21D, what many consider the most potent A2/AD challenge facing U.S. and allied forces today, such tests have been met before, according to one source, and will be addressed yet again:

While a major advance in military capability, it is not the first “game changing” weapon system mitigated or countered by the U.S. Navy. The naval mine, the self-propelled torpedo, the submarine, the airplane and the cruise missile all presented the same potentially lethal threat to surface warships. While naval leaders should respect the power of this weapon system, there is no reason to endow it with supernatural abilities or allow it to unilaterally limit operational thinking. As in the past, the inevitable march of technology will find an effective countermeasure or mitigating technique for this system and the DF-21D will just be another threat in a constellation of dangers inherent in the pursuit of war at sea.

To expand this line of thinking to the whole of A2/AD (and specifically Chinese A2/AD), the ideas inherent in such a strategy—limiting the ability of your enemy’s freedom of movement or, in an even broader sense, looking for weaknesses—are certainly rooted in past strategic and military thought. In fact, many other nations have used anti-access or area-denial–type strategies—the USSR and Imperial Japan are two often-cited examples. Strategic thinkers from competing nations are constantly looking for ways to negate and minimize the impact of new technologies, strategies and weapons systems. A2/AD, at its core, is part of a long line of past and present potentially disruptive military strategies that planners from around the world will now seek to improve on, mimic and defeat.

All in all, Washington must take a balanced approach towards China’s A2/AD challenge—not overhyping the threat, but certainly not underappreciating the challenge, either. In the very near future (some would argue even today), American strategists must now factor in the challenges presented by an increasingly robust Chinese military that holds growing capabilities to effectively deny large sections of the Pacific Ocean to U.S. forces. American defense experts are already at work recognizing the challenge and are developing the tools to negate such a scenario. Washington clearly realizes A2/AD weapons and strategies are diffusing around the globe, putting American and allied forces in danger, unless they evolve or adapt. This is why work towards the Third Offset strategy and the successor to ASB, JAM-GC, are of vital importance.

While America’s ideas for negating A2/AD are important, Washington must move to the next level of operational and strategic planning. The United States must begin to develop a comprehensive strategy to deal with A2/AD, and specifically Chinese A2/AD, and move past vague and often-contradictory operational concepts. At the same time, considering the alliances and strategic partnerships Washington holds throughout the Asia-Pacific and wider Indo-Pacific, allies must be consulted as such a strategy is developed. While marketing slogans like a “pivot” or “rebalance” sound good on paper or in the headlines, a strategy must be adopted that continues America’s military edge in the Asia-Pacific for years to come.