Should Sanctioning Countries Be Blamed for Causing Human Suffering? 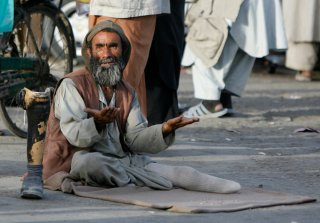 Despite the fact that there is much literature and evidence on the ineffectiveness of broad-based sanctions, the United States continues to expand their use. The cases of Cuba, which has been under U.S. embargo for six decades, or Iran, which has been heavily sanctioned by the United States for over forty years, are just two glaring examples of how these policies have failed to alter the behaviors that sanctions are meant to target. In addition to being overused and rarely successful, broad-based sanctions are a particularly cruel policy that disproportionately and adversely impacts innocent civilians. So then, who is responsible—in a so-called international order based on rules and accountability—for the suffering inflicted upon millions of people?

Given that we know such sanctions are often ineffective and that we are aware of their human cost, there is little room for plausible deniability. In fact, when confronted with the reality of mass human suffering, U.S. officials justify these policies and forge ahead. Of course, there is the infamous clip of former Secretary of State Madeline Albright in 1996 stating that a policy causing the death of half a million Iraqi children was “worth it.” The case of Iraq is revealing given that the supposed target of U.S. sanctions was Saddam Hussein, a leader that the United States had armed and supported as he gassed Iranians in the 1980s after invading Iran. However, because the target of his misdeeds was Iran, Saddam was not sanctioned or held accountable for those crimes until it was politically fitting for the United States to do so in the wake of his invasion of Kuwait in 1990 and the ensuing Gulf War. While sanctions decimated Iraqi society, they enriched Saddam and he remained in power until the U.S. invasion of Iraq in 2003. With no sense of irony, President George W. Bush recalled Saddam’s chemical attacks in the 1980s as part of his justification for the war.

The knowledge of the impact of countrywide sanctions continues to this day. In April 2020, then-candidate Joe Biden issued a statement on the Trump administration’s sanctions on Iran. In the statement, Biden acknowledged that humanitarian goods were exempt from sanctions, but also acknowledged that, in reality, U.S. sanctions were impeding the flow of essential goods to Iran, one of the countries hardest hit early in the coronavirus pandemic. While Biden called on the Trump administration to take immediate steps to address this issue, his own administration is yet to heed those words.

The impact of such large-scale sanctions is well-known within the international community as well, which is why human rights experts from the United Nations called for lifting sanctions in light of the Covid-19 pandemic that were bringing “suffering and death” to innocent people. Again, having knowledge of the impact of sanctions on civilians and the impact on the global efforts to combat the pandemic, the United States did not relent or ease sanctions. Instead, the United States doubled down on sanctions, increasing them during the pandemic despite those calls.

In all these cases, U.S. policies continue unabated with the full knowledge of their impact on civilians. In fact, for some proponents of punitive sanctions, the intended goal is to hurt people in order to bring pressure on a populace to act against its own government. In 2018, as the Trump administration implemented “maximum pressure” sanctions on Iran, and news stories indicated the impact of sanctions on food and medicine, Secretary of State Mike Pompeo suggested that Iranian officials would have to choose between changing their behavior as the United States sees fit or if their people will eat. Pompeo also suggested that the Iranian people would respond themselves and used moments of protest in Iran to rhetorically lend “support” while sanctioning them into poverty.

No one can be above the rules without making them meaningless in the process, including the United States, which is the largest sanctioning country in the world. That is the central nature of accountability. Essentially the question is: are we responsible for our own actions? The answer to that must be “yes,” or then there is no accountability and no one is responsible for their actions. Every state or state actor justifies their actions based on their national interest or unique perspective, but how do others judge those actions? This is ultimately the ethos of internationalism, an entity or series of entities that supersede the authority of the individual state and create a system whereby everyone is liable for their actions according to those overriding and shared rules. There should be no doubt that states are indeed responsible for the consequences of the actions they take, especially when they are fully aware of their impact.

However, it is evident in the hypocrisy of how blanket sanctions are meted out that such accountability does not exist. While the United States and much of the international community have taken extraordinary action against Russia for its invasion of Ukraine, no parallel action was taken against the United States for its invasion of Iraq. The United States sanctions countries it sees as adversaries under the guise of international law, but turns a blind eye when its friends or allies violate the same order, as the case of Israel plainly demonstrates. Rather than upholding international law, a majority of U.S. states have enacted anti-boycott laws to protect Israel even from grassroots accountability against its occupation and illegal settlements.

Beyond the double standards with which expansive sanctions are imposed is the fact that no other country besides the United States wields the same economic power. If sanctions were a tool of accountability, then the United States would not be able to use them in a unilateral fashion, which at times goes against the will of the international community that U.S. officials rhetorically praise. For instance, ignoring a near-unanimous decades-long call from the international community to lift the Cuban embargo. In this sense, America’s ever-expanding use of broad-based sanctions become a tool of power, not accountability.

Unlike the stated goal of sanctions to avert the scourge of war, the suffering inflicted on the civilian population of targeted countries—such as hyperinflation, loss of income, lack of medicine, and scarcity of essential goods—is akin to war. In some cases, like what is happening in Afghanistan right now, U.S. economic policies may actually cause more death and devastation than war.

Given the magnitude of impact, many sanctioned communities have added their voices calling on U.S. officials to reevaluate these policies in light of their human cost. If broad-based sanctions are indeed to be understood as a tool of accountability in international relations, then they should not themselves violate international law by carrying out collective punishment against a civilian population. If there are rules to war, then there are rules to economic war as well. And if we argue that states are responsible for the consequences of war, then we are also responsible for the consequences of economic warfare.

Assal Rad is Research Director at the National Iranian American Council. She received her Ph.D. in history at the University of California, Irvine. Follow her on Twitter @assalrad